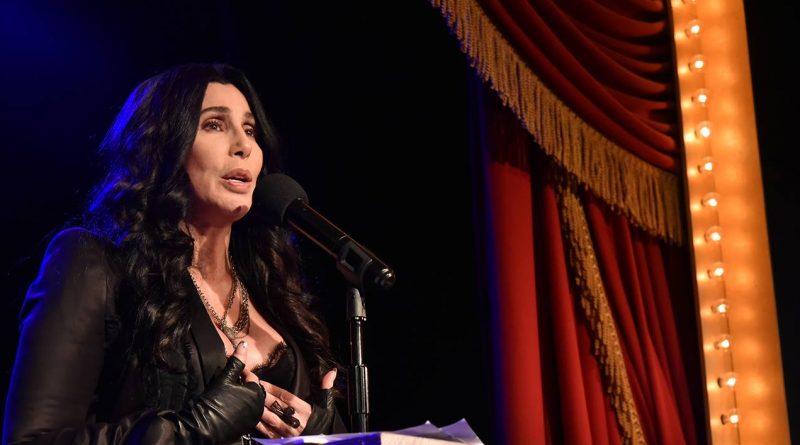 A True Classic embarks on her ‘Classic Cher’ Tour & stops off to raise Money for the Democratic Presidential campaign.

Classic Cher – in true Cher fashion, yet ANOTHER tour after the farewell to the farewell to the… well you know. Cher is back with a 12 date Las Vegas to Washington, DC. tour this coming February through March, 2017. Tickets are on sale now at TicketMaster from $55 to $205 and up (See the tour schedule below).

Before she embarks on her new tour, she set out on a different kind of tour; a campaign tour to raise money for her good friend and presidential hopeful (as of the print date of this issue – ‘fingers crossed’) Hillary Clinton! Among her many United States stops was San Francisco’s very own Oasis night club (298 Eleventh St at Folsom). The event was hosted by club owners & co-founders Heklina and Darcy Drollinger, and featured a special performance by famous Cher impersonator and RuPaul’s AllStars Season 1 winner Chad Michaels. But the night’s main event happened when Cher herself took the stage to speak on behalf of Hillary.

Cher on why Hillary comes across as such a hard ass:  “…She was very willing to open up and I said you know why are you such a hard ass… why do people think your such a hard ass… (Hillary said) you know when Bill asked me to try to get healthcare when we were first in the White House, she said, and the republicans came down on me so hard and it was so vengeful and it was so personal, I had to just hold on and grit my teeth or I would have cried and I didn’t want to let them have the satisfaction. So, you know I think it’s hard for her to get up in front of a bunch of people, Al Gore was the same way, he was the funniest person, just not in front of a bunch of people…  and I think she’s doing a great job…”

Gloss sat down with Oasis club owner Heklina for a little T break to talk about the successful event that took place on October 23, 2016.

After months of speaking out about the horror that is Donald Trump, referring to him as a poop emoji on twitter, and constantly speaking out in support of her good friend Hillary Clinton, Cher embarked on a cross-country campaign funding event for Mrs. Clinton. How was Oasis chosen to be the San Francisco stop on Cher’s fund raising campaign for Democratic Presidential hopeful?

Heklina: How it happened? A friend of an employee (our new Bartender Joey “Crafty Dough” Heal) works for the Clinton campaign and asked Joey if any venues in SF would be suitable. Joey wins’ employee of the century award!

Tickets for the rather hush-hush event sold out remarkably fast, donators who paid for the Meet & Greet with Cher dropped between $1,000 & $5,000. How successful was the night overall in raising funds for Hillary’s campaign?

Heklina, you posted to Facebook: “OK, here’s how controlling Cher is, she had to approve each photo and we weren’t allowed any cellphone snaps!”. So, what was behind-the-scenes with Cher like? Any Diva secrets you can reveal?

The Cher team was controlling, but Cher herself was very easygoing. Her order was literally just a couple bottles of Dr. Pepper and some Pellegrino!