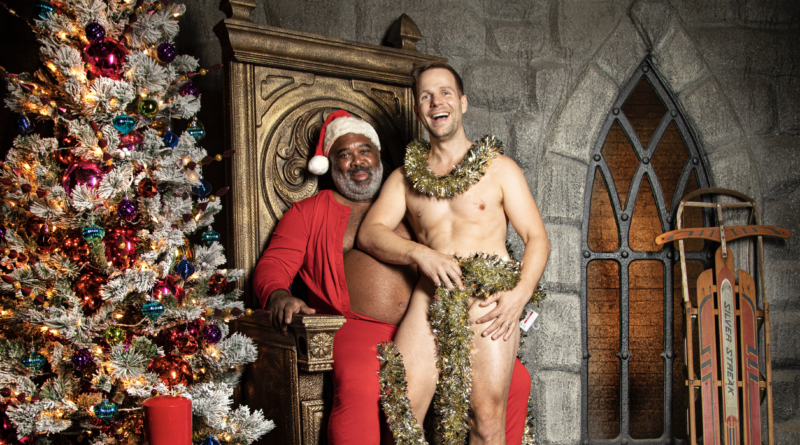 Tom Goss’ new album is Christmas-themed, but with songs like “Santa Slay,” “Put that Ass in Christmass,” “Sassy Santa,” and “Ho Ho Homo,” it’s not traditional holiday fare.   “I wanted to make something that was big, fun, unapologetic, body positive, and queer as f**k,”  Tom Goss says of his first holiday EP, Big Fat Gay Ass Christmas.  “I want people to laugh and smile, then strip down to their undies and dance. That’s the Christmas I’m most looking forward to this year!” 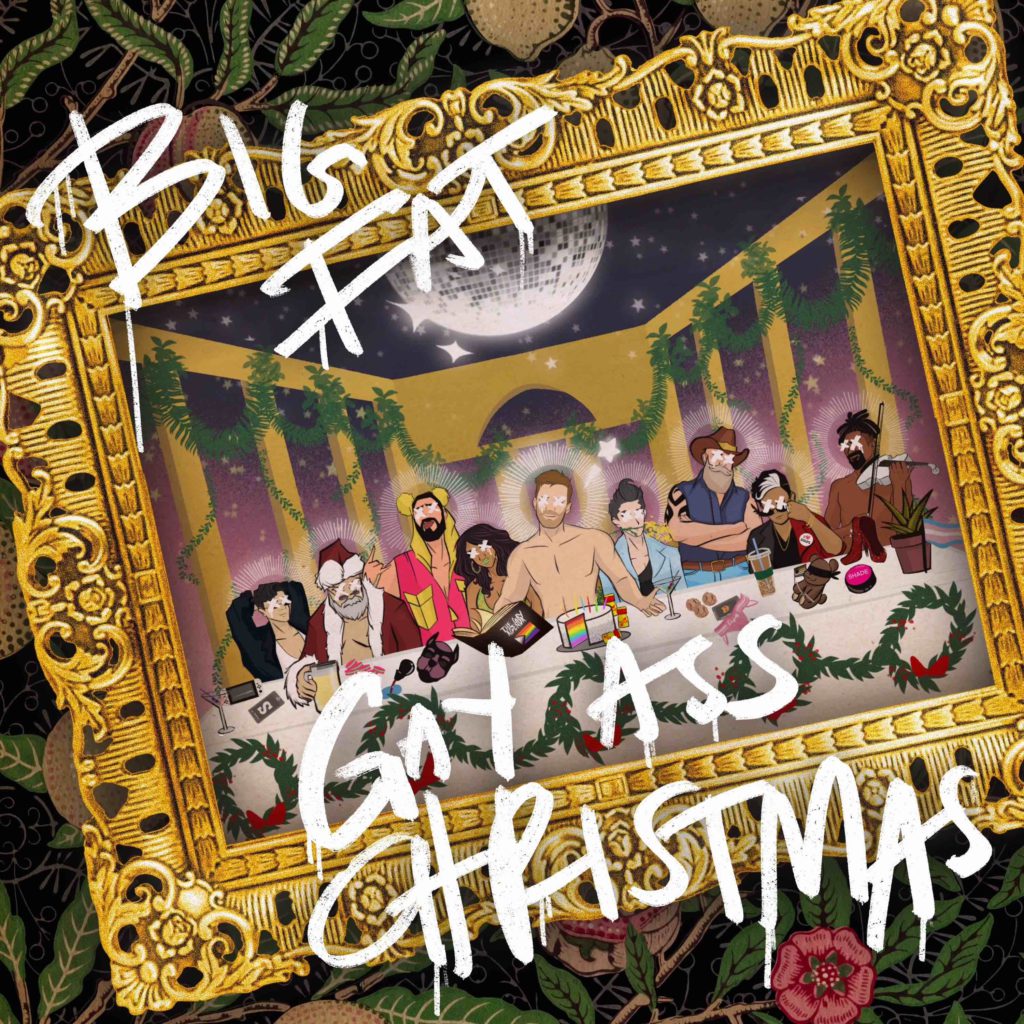 Joining Tom on Big Fat Gay Ass Christmas are some of the biggest names in gay hip hop, gay rock-and-roll and gay country music including Big Daddy Karsten, Keith Lawrence, de ROCHE, and Tom’s biggest crush, Benjamin Koll.   “They are all a part of my queer family,” Tom reflects.  “We may sing in different music genres but we are the same in that we live our lives joyfully, exuberantly, and as authentically as possible.”

Living authentically is what Tom Goss wishes for everyone this year.   We spoke with the Santa bear-loving cutie from his Los Angeles home.

Is it true that you don’t like traditional Christmas songs?
Tom Goss:  I guess I just don’t understand liking something for six weeks of the year. If Christmas music was so great, we’d listen to it year-round.   I feel the same way about pumpkin spice.

So, Tom Goss is a Grinch?
Tom Goss:  Now, to be fair, maybe I’m spoiled. My grandmother used to give me oranges in my Christmas stocking. It never made sense to me, I wanted candy, not oranges. It wasn’t until I was an adult that I realized that getting an orange in winter in 1920’s rural Illinois was special for her. She wanted to share that with me and I was too childish to realize the specialness of that gesture. So, maybe I should learn to love things that only come seasonally.

How would you classify the songs in Big Fat Gay Ass Christmas?
Tom Goss:   Unapologetic-ly queer. That would be the theme throughout.

You titled it Big Fat Gay Ass Christmas?
Tom Goss:  It seemed fun to me! I’m so grateful to have a big, fat, gay, ass family and I want to celebrate them whenever possible.

How did you start the EP?
Tom Goss:  It started with the name. I was home for five days between tour legs, and if I was going to pull this off, time was of the essence. The first song I wrote was “Sassy Santa.” I couldn’t dream of a big fat Christmas EP without Benjamin Koll so I wrote a song that could feature his big sassy Santa voice and belly. Thankfully, he loved the song and hopped on board, and we were off to the races.

Lots of guys would like to find Benjamin Koll wrapped underneath their Christmas tree this year!
Tom Goss:  He’s sexy and so sweet! Honestly, I am a big sucker for sweetness. It is by far the most important thing to me. Sexy is nothing without sweetness, kindness, and compassion. I love the positivity he puts into his music, his videos, and the community at large. There is nothing sexier.

How did you connect with the other queer talent featured on Big Fat Gay Ass Christmas?
Tom Goss:  They are all friends or friends of friends. I am a big fan of everyone on the EP and I am so grateful to be working with them.

Can you share one memorable experience from recording the EP?
Tom Goss:  Everything happened so quickly, it’s all a blur!  I wrote, recorded and demoed every track in five days. I even wrote my own rap verses for “Put That Ass in Christmass” so it’d make sense when sending the demo out. Then, while on tour in Florida and Scotland, Ned (Douglas) and I reached out to collaborators, and managed sessions and files remotely.  I feel so grateful to be living in a time when a global release is possible. What a whirlwind!

What are your holiday plans this year?
Tom Goss:  I am not sure. The holidays haven’t been easy for me in a long while.  I released a single called “Gay Christmas” in 2017 and six years later, some in my family are still not talking to me.  Part of writing this EP was owning the holiday spirit that I want in my life. There’s no sense in being sad about what you don’t have. I have the capacity to create the holiday experience I want, so I’m working on doing that.