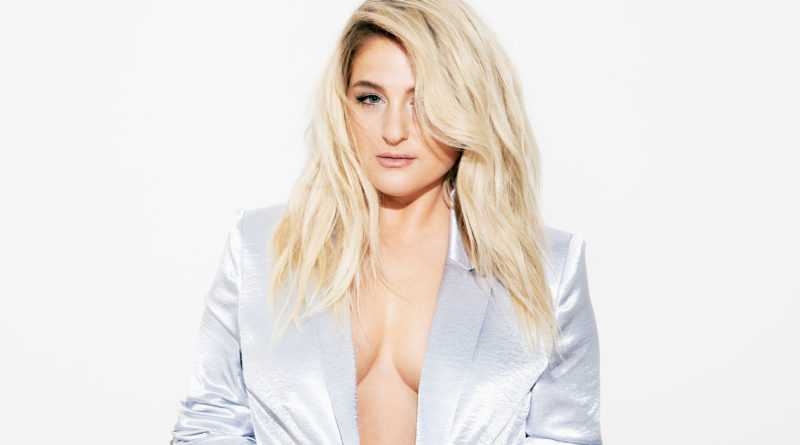 Because even before Trainor captured adoration from the Grammy voting academy, who named her Best New Artist in 2016, the 26-year-old pop star had arguably already won an artist’s most valuable asset: the LGBTQ community’s enduring affection.

Before dropping her third full-length, Treat Myself, Trainor rang to talk about the LGBTQ community’s influence on her new body-positive mentality, lesbians who want to go down on her for a very specific amount of time, and finally being old enough to go to the gay bars that play her songs. In fact, she got so much off her chest during our phone calls that at the end of our second one she raved, “Such great therapy!”

When were you first aware of your LGBTQ fanbase?

Oh, early in the beginning. “Bass” had just come out. (That Pride) Atlanta show (in 2014), I’ll never forget it. I had no fans, I was so new, and they made me feel like a superstar. It was, like, 9,000 people on this big lawn and just the coolest thing ever. I did that and a gay club in Florida, I think, in the early, early days and I remember that was the night this father yelled out, “You saved my daughter’s life,” and that has been with me ever since, because that’s not something you hear every day. I was so new and so not famous.

Did you have this many queer fans as a kid growing up in Nantucket, Massachusetts?

Not really, no. (Laughs.) A lot of people weren’t coming out in high school back in Nantucket that I knew of. I knew one friend that came out, but he came out when I moved away, so I never got to celebrate it with him. Now he dresses like a girl sometimes and he’s the prettiest woman ever. (The LGBTQ community) wasn’t as big as it is in Los Angeles, obviously. I love it though. I love being in a place where it’s fully accepted, and I keep saying this in every interview, but my entire team is gay.

How did headlining L.A. Pride last year during the 50th anniversary of Stonewall standout from other Prides you’ve performed at?

This one was really special on many different levels. It felt like a birthday that I’ll never forget. It was just so magical because my setlist was one of the best I’ve ever had: I threw in “Dancing Queen” by ABBA, and that really got the crowd going, and I performed “Can’t Dance” for the first time and did this amazing dance with it (laughs).

And the big reveal was my booty! My butt was out and about, and the only audience I would be comfortable showing off my body and my ass for is my LGBTQ community because they accept and love me for who I am. I’ve never had more screams! It made me feel so confident, and like a queen. That opened up a whole world of: I’m gonna wear more form-fitting outfits because I do love myself and my body. And I have been. I don’t know if you got a chance to see me on The Voice but I’m feelin’ my legs, and my butt was out.

But there are times when you’re not as confident as your music makes you seem?

I mean, I’m way more confident than I was. This career has actually helped me so much in that way, like feeling beautiful and seeing pictures of myself that I actually like. Being on camera and being on TV, I’m like, “Wow, guys, I’m pretty!” I say that way more. Everyone I think just works on it every day. But I definitely have learned a lot of lessons with this career; some good ones, like saying out loud how beautiful you are and saying you’re going to really believe it. If you just talk negative about yourself, that’s what your brain’s hearing and that’s what it’ll learn. So I try to stay positive.

Did you ever struggle with seeing yourself on TV?

I was worried with (hosting reality-TV music competition) The Four because I had never done a TV show before. But I can’t stop watching that show, man! (Laughs.) I watched it and everything that I did – I was a fan of myself watching myself. I’m so lame! I was just like, “Yaaas, bitch. Say what you feel.” And I was like, “Look how cute she is.” Just talkin’ as if I were a different person.

I hope everybody can someday feel as confident as you do.

I never thought I’d be there, so it’s great.

How much has the LGBTQ community influenced the empowerment sensibility in your music?

So much. I remember I had a show in Atlanta, a gay Pride event, in my early career and I never had so many screams before. I’ve never had so many people just wanting to make love to me. These women were screaming at me: “I’ll go down on you for 45 minutes!” And I was like, “Wow! That sounds like a treat.” Nobody’s ever said that to me, you know? I was like, “Wow, you’d do that for me?! You really love me!” That was just the best compliment I ever had.

Treat Myself was originally supposed to be released in 2018, but then got shelved because you went back into the studio and basically gutted the album and restarted. Where was your headspace when you originally recorded the album versus when you re-recorded it?

I think I was just like so in love. I mean, obviously: I was getting married. I’m still so in love. But I was just so live, breathe, sleep just Daryl (Sabara, Trainor’s husband). Like, this is my world. So when I was doing the songwriting I was like, “Guys, I’m really boring. I’m just madly in love and everything’s so great for me and I don’t have anything fun to write about (laughs).”

Then I started writing songs with my older brother because he would just videotape every session, and from that he learned, “Oh, I could be a songwriter.” He actually wrote on every single song pretty much, and his love life is way more interesting than mine, so I started asking him about his life (laughs) and we’ve been writing amazing songs together. I was like, “This is fun and relatable and not everyone is madly in love.” I gotta write for my sweet single souls out there!

Were you happy with the first recording of Treat Myself?

Yeah, I love all my songs. It just feels I’m writing too much about one topic, and then pop music was drowning. It was fading away; it’s because hip-hop and urban was having and is still having a moment, and I love that because I’m a fan and it’s magical and so cool to watch. But it’s like, where’s pop? Where’d pop go?

We sent “Waves” to radio because I was like, “I’m putting my foot down; this is my favorite song I’ve ever written, and I think the production is powerful.” It was my favorite music video I’ve ever done. This one I had no complaints about. And we heard, I guess, from radio, and they’re like, “It’s just so different; we’re trying to wrap our heads around it.” Like, what?

Growing up, who were the artists who instilled confidence in you?

Why the Pussycat Dolls?

Their lyrics – which is funny, ’cause they’re like the best dancers ever. But their lyrics, “Don’t cha wish your girlfriend was hot like me,” like man, I used to roll around in middle school with that and high school and just be like, “This is my song!”

Which song on Treat Myself are you most looking forward to your LGBTQ fans hearing?

“Genetics.” It was the first song I wrote with Mike Sabath and Justin Tranter, who are like gods at writing pop music. I went in, actually, with this chorus and I was like, “Everyone keeps wanting me to write another ‘All About That Bass’ and I wanna just flip ’em off (laughs).” So I found another way of saying I love myself and what I got is: My genetics are pretty dope, and I do have great genetics from my parents. Their skin and their body shapes are just spot on. Like, I was blessed with an hourglass body, which doesn’t happen all the time, you know. So I was like, “Fine. Let’s give them a genetics song.”

So I thought it was sassy and sexy and fun, and something everyone could sing. I wanted grandparents to hear this and be like, “You’re welcome, kids.” And then when I heard it I was like, “This is so Pussycat Dolls,” so then I called Nicole (Scherzinger). She was like, “We should have a sing-off.” And I was like, “Excuuuse me?!” She was like, “We should have a battle moment where we both sing our hearts out.” And I was like, “Da fuck – OK!” At the end, before the last chorus, you’ll hear two vocalists just ripping, and it’s me and her back and forth. And she wins.

What was it like to have your manager, Tommy Bruce, who’s gay, officiate your wedding?

It was everything because he knows me better than anyone. He delivered the opening words, and I always joke that I want them to let me have my Britney Spears microphone, like attached to my ear, and my team is like, “No, they’re gonna hear how winded you get sometimes.” And I understand that. But he showed up to my wedding with one of those, and he also knows how much I love T-Pain music, so he had it on full Auto-Tune and was like, “We’re all gathered here todaaaa-yyy-yyy.” It was so everything. It was the best.

What is the most impressive drag performance you’ve seen of a Meghan Trainor song?

Oh, man, I went to The Abbey in L.A. and I was there with Sam Smith and it was one of the cool points in my life. (Sam) gave me dollar bills because it was my second drag show ever and I was like, “I don’t have the dollar bills! I didn’t bring ’em!” And (Sam) handed me a stack. They did a few of my songs and it was just the best time of my life being like, “Sam, that’s my song!” and throwing all the money on them!

What’s the story behind you wearing a unicorn onesie when you guest judged RuPaul’s Drag Race in 2017?

(Laughs.) Well, I was in the middle of a tour and had that onesie because I was wearing onesies for our meet-and-greets. Instead of doing what everyone does when they dress up fully and do the glam, I was like, “Let me show my unicorn pride, let me show what I bring around my tour.” I thought it’d be cute. Now when I watch it I’m like, “Oh, why didn’t you dress up?”

What was your first time at a gay club like?

And surely you’ve sung that song at Play by now.

No! But I did dance to “Lips Are Movin’” with a drag queen! And I remember they had a razor and they made me shave this guy’s hair off. Do you remember that, mom? That was the craziest time in my life. I was like, “Um, are you sure?”

This interview has been edited and condensed from two conversations.