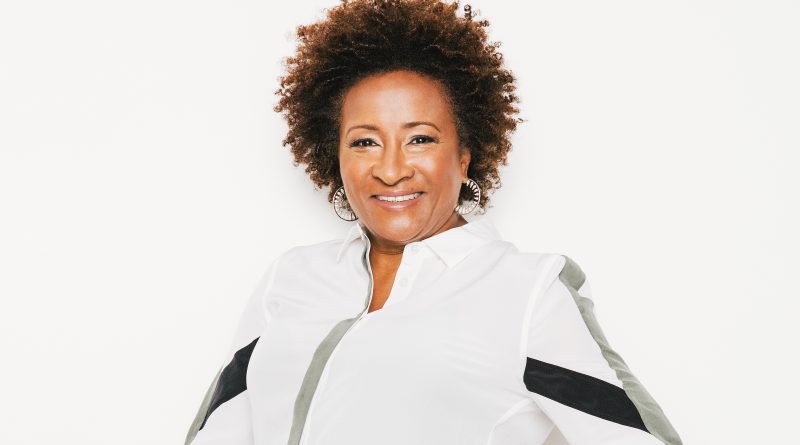 Comedian talks walkouts, Ellen’s interview with Kevin Hart, and the role her wife plays in her comedy career

Because according to Trump’s America only white het men can exist, now would be a good time to reintroduce Wanda Sykes. She is a black person and a woman and a lesbian.

And if you go to one of her “Oh Well” stand-up shows this year, or catch the taping of one on Netflix tentatively scheduled to stream later this year, expect a poking and probing of things affecting Americans who identity as any of those under-attack minorities. Some women who are still supporting Trump for some reason may have benefited from that very basic Wanda Sykes 101 bio above before seeing the actress-comedian-writer in New Jersey in September 2018 and walking out and “then” demanding a refund from the Count Basie Center for the Arts.

These are the same people who loved the 54-year-old comedian in “Monster-in-Law” and “Evan Almighty” and as the voice of an animated skunk in “Over the Hedge”. And the same people who then wondered what the problem was when Roseanne tweeted a racist tweet and why Sykes, who wrote for the “Roseanne” revival, jumped ship.

Not that the entertainer and mom-to-twins didn’t have a loaded sched, but with recurring TV roles on “Broad City” and “Black-ish” (for which she was Emmy-nominated), and several new movies out this year, Sykes has somehow found the time and energy to rattle the privileged cages of Trump supporters.

Are you unfazed by walkouts at this point in your career?

It cracks me up, really. Like, what were you expecting? What are the crazy ladies’ names? Diamond and whatever? The two African-American women. I forget their names. Diamond and Salt? Silk? (Editor’s note: It’s Diamond and Silk, vloggers known for supporting Donald Trump.) It’s like, no, that’s not me.

At this point Trump is basically writing his own comedy show. Recently, there was a photo of him standing in front of a Burger King and McDonald’s buffet at the White House.

It’s hard to top him.

When the fodder is ripe for comedy is it actually harder to write the joke?

Yeah, it’s hard to top as far as what he does, because it’s just so ridiculous. Like when he does something ridiculous, it’s hard to write something where you would go, “That’s like blah blah blah,” because it’s already ridiculous. It’s hard to do a metaphor. So, really, you just have to talk about it as far as the level that it’s gotten to, and I don’t understand why we’re still putting up with it. Why aren’t we out in the streets, and you know, ready to drag him out of there, out of the White House? Because remember they got upset with Barack Obama when he wore a tan suit? I mean, this is ridiculous, the level that they’re going to.

Do you remember your first walkout and what that was like?

I think I read that during one of your first shows in the late ’80s, the audience booed you.

That was the second one. The first one I did went great. I almost won the contest; I did really well. So that’s why I stayed with comedy. And then the second time, it didn’t go well. I just bombed (laughs). I think because I was just so confident from the first time that I maybe (got) a little too cocky. Actually, I think it was the first time being on stage and it went great, and then I started going to comedy clubs and I saw how it could actually go really poorly and just go off the rails. I watched comics bomb and then when I went back on stage again I was just really nervous because I realized they don’t have to laugh; they can actually sit here and boo. So, I think that’s what happened the next time I did the competition.

What is one thing you want people to take away from “Oh Well”?

I hope they take away that I haven’t lost hope. That I still believe that people are good and that we’ll get through this, so I hope they walk away with that. Like, I’m not saying, “Hey, it’s the end of the world.”

Where are you deriving that hope from?

Through your involvement with the Ruth Ellis Center for homeless and at-risk LGBTQ youth in Detroit, you’ve met a lot of young people. What do young LGBTQ people want to know about Wanda Sykes?

A lot of it is career-wise, ’cause a lot of them, man, they’re so talented, they’re very creative, a lot of the kids from the center. So a lot of them want to know how I got started and any advice career-wise, and then of course how hard was it coming out and do I think that it had an effect on my career and also advice on dealing with family members as far as having problems dealing with coming out. (Laughs) Sometimes it’s just, “Hey, what do you like to do for fun? When you get stumped creatively, what do you do to get out of it?”

What do you do to get out of it?

You know what, I like jigsaw puzzles. (Laughs) I know I sound like an old lady! But every now and then if I gotta break it up and nothing is coming to me and I get stuck in a rut, I like to break out a jigsaw puzzle and maybe put some music on, something I don’t normally listen to. You just need a shift. As soon as you make a shift, it opens everything back up for you.

It was a cover from the New Yorker and it was a dog sitting on porch steps.

So you’re a dog puzzle person?

(Laughs) Nah, it’s not a lot of abstract stuff I do. I like a piece of art, or you know, it’s usually still life.

Usually it’s more like 2,500. Five-thousand, that’s a project for over the summer.

Who do you test your material out on?

Pretty much the audience. My wife can see when something happens, and if I write it down or she sees something in my phone she’s like, “Oh boy, that’s a joke for you now.” Or something happens and she’ll say, “Oh, you should write that down! That was funny!”

How were you writing your material before cell phones?

I always had a notebook and always wrote things down in my notebook. I have boxes and boxes of notebooks where I used to write my stuff down. Now it goes in the phone, but I still like to write by hand.

Will your Netflix show be out this year?

I’m shooting it in February, so it’ll probably be out late spring.

Will that be the “Oh Well” show? Will it be as anti-Trump as the show you’re currently touring now?

(Laughs) I would say the first 15 minutes or so – 20 minutes – is that. But then I move on! The tour that I’m doing now, that will be the special I’m working on.

The Guardian called it a “tough anti-Trump tirade.” Is it scary to talk about Trump because of what happened to Kathy Griffin?

No, I think we see that Kathy was right. I think she was just a little ahead of us as far as where this was going.

Right as far as her lambasting of the president?

Do you feel you have a greater responsibility now to speak on political and social issues?

I talk about what interests me and what I find funny and what I like to talk about. I watch politics, I follow what’s happening in the world. I like to talk about social issues and I like to talk about my family and personal issues. To me, I’m not going out of the way to say, “Oh, I need 10 minutes on Trump, I need something on gun control.” That’s not how I write, it’s not planned. It’s what happened. And that’s the kind of comedy I like. There’s room for all types of comedy; there’s physical humor and there’s some comics who are not political at all and that’s fine. But for me, if I walked out onto a stage and didn’t say anything about this craziness that’s happening, it’d be like the elephant in the room. I think when I go on stage people are waiting for it. Like, “Oh, OK, when is she going to get there?”

It’s affecting everything you stand for, so how could you not?

For me, I believe that’s the job for an artist. But then again, there are all types of artists and comics out there.

Ellen’s recent interview with Kevin Hart upset many people in the LGBTQ community. She was criticized for making Kevin out to be the victim, while muting the voice of her own community. Don Lemon was one of her critics. Where do you stand on how that interview went?

I looked at it as two comedians who are friends and she was trying to help out her friend. Now, I agree with Don Lemon that there is a huge issue in the African-American community concerning homosexuality and the LGBTQ community. So, I think for me, you’d have to go a little deeper with discussing that. To me, to say, “Hey, I already apologized and I didn’t know about it until it came out this time around” – so, it’s like, well, we didn’t know about that and now we do, so where’s the apology? Or at least have some type of awareness as far as how your words really are affecting a lot of kids in our community. So, I always gotta come on the side of kids and our community.

People, including actress-writer Lena Waithe, have been expressing a desire to see you as Oscar host. Would you be interested?

You’re not busy doing a puzzle that night?

(Laughs) I got a nice gay flag puzzle that I wanna work on so, um…

Wanda, bring the gay puzzle to the Oscars and work on it there.

(Laughs) I mean, it’s the Oscars, so I wouldn’t run away from it. But it would be cool if they made it very inclusive and made RuPaul host.

Well, I never really desired to have an acting career. I just wanted to be one of the funniest comedians out there and wanted to make a living traveling all over, and film and TV is a bonus, really. I mean, come on, I got to go to Hawaii to shoot a movie with Amy (Schumer). But to me, I take it seriously, though; I also just love doing it. I love stand-up.

You’re just blessed with a role like that. You get a call and you’re blessed and it’s like, “Hey, you’re the fairy gay mother with Margaret Cho and Fortune Feimster.”

Do you get a magic wand?

I’m not gonna tell you if I get a magic wand or not. But there are wings involved!

If you had a magic wand, how would you use it?

Oh, boy. I can do a lot of things though, right?

You’re like Cinderella’s fairy godmother. You just wave that wand around, and if you want you can turn Trump into a horse.

And you don’t even need a wand for that.

Don’t even need it. Wow, what would I do? I think first I would make Oprah the president, and then I’d do something about guns, and then I’ll make sure that Flint has clean water. I’ll do that.