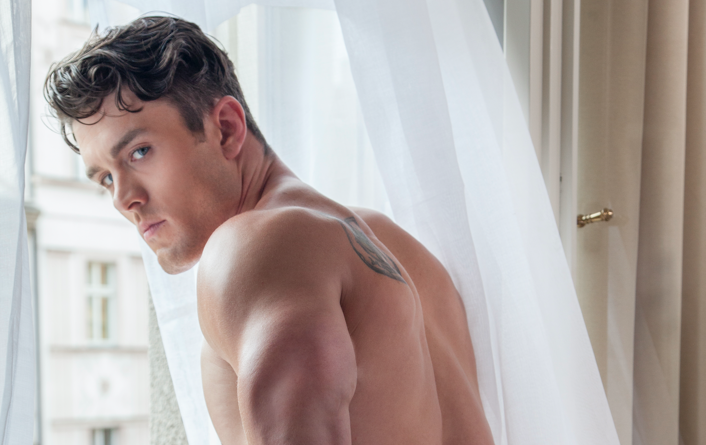 As 2018 comes to an end, we say goodbye to two of adult entertainment’s greatest treasures: Tumblr

In July of 2018, Ryan Rose decided it was time for him to leave the adult industry, a place he had called home for the last 8 years. The 6’3”, high energy, multi-award-winning performer has starred in approximately 75 films during his career. Ryan’s all-American good looks, blue eyes, lean muscular body, girthy endowment, and versatile and explosive performances – made him one of, if not the, leading gay adult entertainer for the greater part of the last decade. The former college football player and ex U.S. Marine debuted in Raging Stallion Studios and Falcon Studios joint production, Just for You. Typically a top, he bottomed for the first time in Falcon’s Buck Naked. In 2013, Ryan was signed to an exclusive contract with Falcon Studios and later that same year became the second-ever Falcon Man of the Year.

“When I first started this journey I knew who I was. That’s changed a few times since then. But now I have the biggest puzzle of all; who am I? Where do I go? I guess that depends entirely on where I want to be.” – Ryan Rose

Gay pornographer and friend of Ryan, mr. Pam, sat down with him on the set of his final film, NakedSword’s The Last Rose (a co-production with BelAmi shot on location in Prague – available at NakedSword.com).

Mr. Pam (MP): So why leave now when your career is still on such a high with no foreseeable decline in sight?

Ryan Rose (RR): First things first, I know this is a job… and I know some people say there are no time limits or restrictions. But in my eyes every model has an expiration date.

It’s been such a big part of my life since 2011. If it was easy everybody would do it. When your income is based on your looks it’s pretty stressful… it’s petrifying, when you wake up in the morning your hesitant, you’re looking in the mirror… like okay, I’m alright, I’m good today, I can work today.”

My journey, it’s had its ups and it’s downs. I’ve been to some places people don’t wanna be. I’ve been to a lot of places a lot of people wanna be. Traveled the world on somebody else’s dime. Met amazing people. People that… help(ed) create who I’ve become.

MP: What about all the people in the industry you’ve met, the ones you say helped you become who you are. Do you plan to stay in touch?

RR: I’m closer to some of my friends than I am my family. (I) Can’t tell my parents what I do at work… if I had a bad day. But I can tell my friends. Hopefully those friendships and those companionships remain. That’s also one of my biggest fears, loosing contact with people I call my friends.

MP: Trouble seems to have found you a few times over the course of your career, and you’ve garnered a bit of a bad-boy reputation. Overall, how would you summarize your experience in the adult industry? And has anything in your personal life influenced your decision to leave the xxx-screen?

RR: I’ve loved the journey that I’ve had, even the bad times. I view it as (I) never loose. Even when you do something bad and you lose – I never loose. I win, or I learn from it. You know we all hit our road blocks, and in the last 2 years I’ve been in a mental ward for ten days, I’ve been in rehab for 21 days, I’ve been arrested, in jail for 52 days. I’ve seen the dark sides, you know, but the good times definitely outweigh the bad times.  …I came here to accomplish what I accomplished, and I had a great time doing it. Learned a lot about myself, a lot about the world… it’s just time to push myself to do something more. As long as you come into things with an open mind, you can experience great things.

I’ve had a great career in the adult industry. I’ve met amazing people I’ve done amazing things and I’ve learned so much about everything. Myself included. I wouldn’t change it for the world. Just excited to see what’s next.

MP: If you were to tell somebody about ‘Ryan Rose’ what would you say?

RR: Oh stay away from that one (laughs) he’s an enabler!