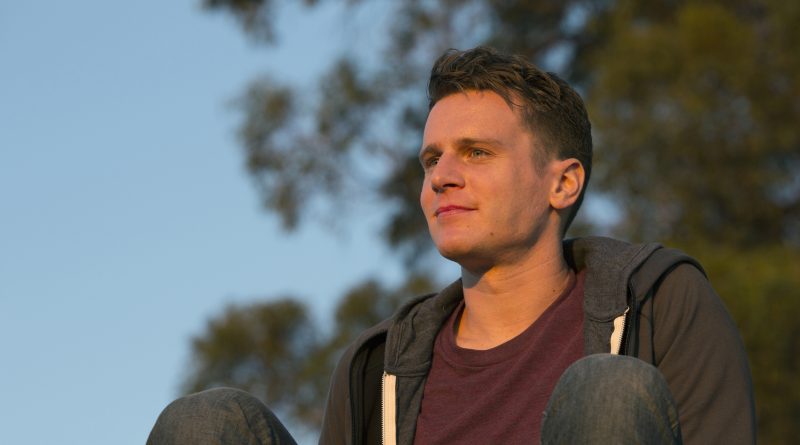 For creator Michael Lannan and the groundbreaking series’ cast, is this really just the beginning?

It was goodbye for now as the cast and crew of HBO’s modern-queer dramedy, Looking, stood in the rising San Francisco sun tearfully hugging. Just like in the film’s final scene, “we broke night,” Daniel Franzese, who plays Eddie, reminisces.

Of course they did. Looking was, after all, extraordinarily ordinary, a time capsule of contemporary queerness revolving around a chummy, could-be-your-own friend group navigating love and life in the Mission-Castro district.

That final diner scene wasn’t just our last time with Patrick and Dom and Agustin, along with the others, like Eddie, who became part of our own lives during these last few years – for the actors, it was, provisionally, their last time too. “It was like the last two of weeks of high school, like the weekend after everyone graduates from college,” Franzese muses.

Premiering in 2014 to critical praise and a modest following (at its peak, the series reached 519,000 viewers six episodes into its first season, up 50 percent from the premiere episode, according to Variety), Looking was divisive from the get-go, with viewers either drawn to its languid style of storytelling or vehemently against it. Was it too gay? Not gay enough? You know, everyone’s a critic. So when Doris, the group’s longtime straight girlfriend, comments on a squabble between main-gay Patrick and his ex’s new boyfriend during the film, you might say she’s onto something. “Ohh, I love it when gays argue with other gays about being gay,” she cracks, as if addressing the show’s very opinionated audience.

Still, there’s no arguing Looking broke ground merely by existing. Beyond that, however, creator Michael Lannan and director Andrew Haigh, who helmed the beautifully rendered gay love story Weekend in 2011, spent the last several years tapping into the LGBT zeitgeist, past and present. The result was special, relevant and sincere.

Out actor Jonathan Groff, who portrayed neurotic boy-next-door video game designer Patrick, shared that sentiment even before Season 1 premiered, telling me, “I feel so excited to be a part of a show that could potentially be a great moment for the gay community, because it’s crazy how few shows there are where there are a lot of central gay characters. I feel really lucky to be a part of this specific show because I believe in it so much as a television show.”

So did Lannan. The screenwriter never believed his idea for Looking could be more than the images swirling around in his mind, and even when they did land on the screen, and Season 1 aired, and then the show got HBO’s go for a second season, “I don’t think I ever thought it was really happening.”

Before Looking, Lannan had been living in New York for many years. There, his own friend group and their stories became the catalyst for the short-lived dramedy, which he initially wrote as an indie film script before HBO expressed interest in the concept. They envisioned his idea as a scripted show.

“I always thought it should be a show,” says Lannan, whose 2011 short film, Lorimer, was the seed for the series. “I think one of the reasons HBO wanted to do the show and we all wanted to do the show was because the world has changed so quickly in the past 10 years and this isn’t the Queer as Folk world – it’s a different world – and we wanted to do a show about people just living their lives in a time of great change.”

Now, he says, in the wake of its final-for-now chapter, it also feels “bittersweet.” Looking: The Movie is a thoughtful and heartfelt send-off, as Patrick, currently living in Denver, returns to San Francisco for a wedding and thereby meets up with his closest friends: BFFs Agustin (Frankie J. Alvarez) and Dom (Murray Bartlett), Doris (Lauren Weedman), Franzese’s Eddie, as well as his two former flames, Kevin (Russell Tovey) and Richie (Raúl Castillo).

“We wanted to find some midpoint between resolving their stories and sending them off on their way for new adventures and leaving that door open,” Lannan explains. “It’s tricky to do both of those things.”

Lannan confirms that they’d already been plotting a third season just as HBO announced the show’s cancellation, optioning, instead, to tie up loose ends with a feature film (and to finally offer closure to Patrick’s ongoing romantic drama). And so, though “we were heartbroken,” Lannan and the writers were forced to condense “stockpiled” storylines into an 86-minute movie.

“We just went back to the heart of the show, which is Patrick, and we let him drive the story,” Lannan says. “I think everyone’s lives are really reflecting on Patrick, and his on theirs. At its heart the show was really as much about friendship and the family of friends as it was about anything else.”

Eddie, one of the show’s popular periphery characters, plays a pivotal role in Patrick’s life in the film. It almost wasn’t supposed to happen that way – initially, Franzese, of Mean Girls fame, was only booked for a few episodes. That changed once showrunners witnessed his natural chemistry with Alvarez during Season 2’s premiere episode, “Looking for the Promised Land,” Franzese’s introduction to the series.

Even though Franzese’s HIV-positive bear character may not have had as much screen-time as his co-stars, the actor and his watershed role left an indelible mark on the show and the people who watched it. And for many reasons. Eddie was the first character with HIV in six years to be on scripted television, since a story arc on ER, according to GLAAD. Furthermore, his character represented what it means to be HIV-positive in 2016 and introduced PrEP to the TV landscape as he pursued a relationship with Agustin, who’s HIV-negative.
“Andrew told me, ‘Eddie will never get sick, that’s not what this is about,’” Franzese recalls. “Knowing that, I just kind of put it to the side and didn’t really think about the impact it might have. I was more happy and excited to be a larger guy, a man of stature, on a television show and shown in a sexual light and not as castrated comic relief.”

Because it was “just shown,” the feedback from viewers has been rich, which demonstrated to him that, “Representation matters, and education matters.”

Bears continue to reach out to him on Instagram expressing their admiration for a character on TV they can finally identify with. But “most moving,” he professes, was meeting a “magnetic” couple – one HIV-positive, the other negative – when Franzese made an appearance during Dallas Bears’ Texas Bear Round-Up.

“(The HIV-positive partner) said to me, ‘You know, I hope that I’m with my partner forever, but if I’m ever not and somebody wants to date me I’m going to show them Season 2 of Looking and say, ‘If you can get through this, then you can date me.’”

Franzese leaves Looking with a fondness for his influential character, the show and also the cast. Inside jokes, that already-established vibe, the camaraderie – sometimes, he says, speaking from experience, joining a show after it’s already launched feels like a “fleeting relationship.” But Looking was different. “When I’m a regular on a show and I have a guest star coming in, I will treat them with the same grace and respect and friendship that I learned on this set.”

Franzese was only recently out when the show premiered. Now newly engaged, the 38-year-old acknowledges that Looking was “profound for me in a lot of ways.”

“I had just come out and this was my first job after that,” he recalls. “To not only be accepted for being gay but to be celebrated and to have it not be a big deal – like, it was cooler to be gay on that set – was so freeing and reaffirming.”

Before Season 2, Tovey told me, “It’s such a true voice for gay people,” adding, “This is, right now, where it’s like to be a gay man who can get married and adopt.”

As the show’s creator, Lannan has been forced to contemplate the show’s legacy, and if anything, he says, he wants it to represent a moment in time – and also the passage of time.

“We wanted to see what happened when Patrick grew up,” he says about the finale, “and I think it’s exciting to see Patrick in command of his sexuality in a different way. He certainly hasn’t solved all of his problems, sexual or otherwise, but he has grown throughout the seasons and throughout the movie and I love seeing that.

As advances for the queer community continue to progress, could Looking become an ongoing TV narrative where we check in with these characters every now and again? What will Patrick be like in 2026? What will we all be like then?

The thought has crossed Lannan’s mind.

“We’ve definitely talked about it,” he reveals, “and I think if the stars aligned we’d all love to do it again in the future. I think it depends on a lot of things, but I would say, none of us would count it out.” He says that “one of our spirit-animal shows while we were making _Looking_ was The Comeback ” – the Lisa Kudrow cult sitcom was renewed for a second season after a nearly decade-long hiatus – “so maybe we’ll do sort of a Comeback thing and check in again in the future.”

Franzese still has plans for Eddie and for the lives of the young transgender characters Eddie looked after at a homeless shelter for LGBT teens.

“(To know more about those characters) would’ve been such a beautiful thing,” he says. “That would’ve unfolded in Season 3. I would really look forward to that in the future.”

And so the end maybe isn’t the end after all. Maybe the sun hasn’t fully set on Looking just yet.

“Who knows – later on down the line I’d love to revisit these characters again,” Franzese says. “Knowing the people I worked with, I can’t even think of a production assistant who would say they wouldn’t want to be back on that set again. But I think this movie is a beautiful next step in the story, and if we all love each other and we love these characters, and I think if Andrew and Michael are inspired with some story, why not?”