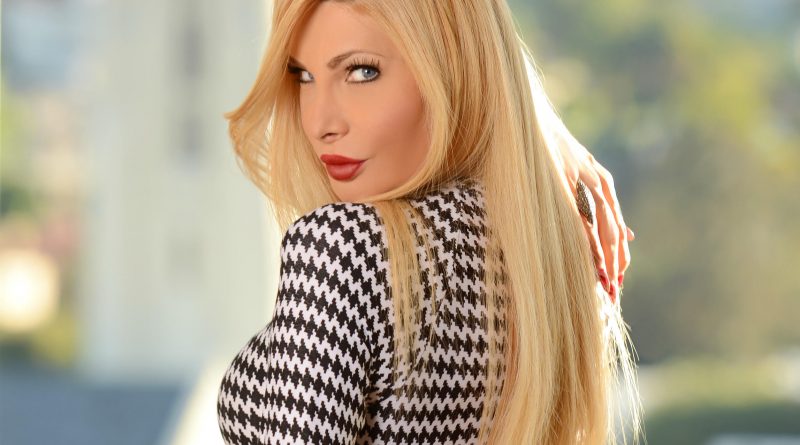 Is Hollywood Ready for Cassandra Cass?

Hollywood, the place where stars are born! Well, I prefer to think

of Hollywood as the place where stars blossom. Because let’s face

it, the stars were created somewhere else and replanted in

Hollywood to blossom, or “trans” planted in Hollywood as in the

entertaining locals and international visitors in the Starlight Room

costarring in transgender documentaries Trantasia (2006) and

Things (2010), the glamorous star has come down from her local

celebrity perch and moved to Hollywood to blossom into the

Transparent (Amazon Original Series) and docuseries Transcendent (Fuse TV) represent Hollywood’s understanding that trans awareness has a place in tinseltown, but the struggle is still

real. “When I was in San Francisco, I had worked a lot, I was

known, and knew a lot of people in the clubs. I could get booked

or worked when I wanted to work,” said Cassandra. “Coming

down here it is difficult because it is like starting all over.” But,

with a new casted show already contracted, Cassandra Cass has

planted her roots and primed to blossom into Hollywood stardom.

BeBe: Your life has been out there for us to peek into with your

appearances on a few reality TV shows and documentaries, but it

has just been a peek. Have you thought of writing a book to tell

Cassandra Cass: I kind of look at my life in chapters. I look at

my life growing up in Iowa. Then, I look at transitioning as a

woman and moving to San Francisco. Now, I look at my life as

the Hollywood chapter. I feel like I have been spending the last

15 years of my transition preparing myself for this Hollywood

Chapter. I’ve always wanted to be in Hollywood, but I wanted to

look a certain way and that took a lot of energy, time and money

to get to that point.

BeBe: You are one of the most beautiful women I know,

perfection in so many ways, but it seems you are always working

on some area of your body. Something isn’t quite the way you

wanted to be, yet, we are saying how much better can she get?

We are like the goddess of goddesses, but you don’t see what we

Marilyn Monroe, all these Hollywood starlets were never satisfied.

I think that’s what drives them. I relate to say the Dorothy

Dandridge story, or anyone who has dealt with oppression,

racism or whatever. That is someone who should have been a

huge star, but she was ahead of her time. She got a raw deal by

a lot of shitty men in her life. As trans women we don’t have a lot

recently, but before that we’ve got nothing. We don’t have a lot

of people in the entertainment business to look to or pattern

ourselves after. In a little way, I see myself as a groundbreaker

with my success and failures. I’m definitely making it easier for

BeBe: You have gone Hollywood now taking up residency there,

how has the reception to you been there? I mean you are one of

the trans women that is the definition of glamour and beauty.

How have the cis women in entertainment responded to you?

Cassandra Cass: Well my Tinder and OkCupid is fabulous! The

men are way more beautiful in Hollywood (vs. San Francisco).

Honestly, my reception has been difficult in different ways. When

I was in San Francisco, I had worked a lot, I was known, and

knew a lot of people in the clubs. I could get booked or worked

when I wanted to work. Coming down here it is difficult because

BeBe: There have been many trans women who are performers

who started out as drag artists. Has having a drag performance

to people taking you seriously?

Cassandra Cass: Well, I see myself as just a performance artist,

before I decided to transition into female. So there is such a drag

history for me personally. But I’ve made myself into a sexualized

bombshell type of woman, and that’s a whole other issue. It’s

tricky. But as I have gone out to events in Hollywood, people

have been receptive and welcoming.

BeBe: And when is Hollywood going to allow trans men and

women to portray other than other trans men and women in

shows? Of course in reality TV, you are yourself, as with the

shows you’ve done, so you are represented as a trans woman.

But, in the roles, thus far, that Laverne Cox has played in film

and television, she is always a trans woman. Why can’t she just

be a “woman”. Cassandra Cass: You’re coming from a place of open-mindedness. When I did Wild Things I thought that was going to be my huge break, an eight-episode reality show on Showtime, one of the first of its kind. I thought this is going to be huge. I remember when after we filmed and were to do premiere event, Getty Images and Entertainment Tonight were supposed to be there, and they didn’t show up. I was talking to an executive of Showtime about it, and she said “we look at the show as a ‘guilty pleasure’”. What I took from that was wow! They put us on at midnight. They didn’t promote us. We were like the dirty little secret. I’m thinking what the hell! Then when it aired, the (LGBT) community didn’t really support it. Most gay people don’t watch Showtime. And, it was a late night show. I basically got a lot of dick pics out of it, basically. For me personally and career wise, the show was devastating. There’s nothing worse than being on a show that nobody’s seen. I worked real hard for that show, and opportunities like that don’t come often.

BeBe: Things have definitely shifted a bit with trans related

television shows. I mean we have Amazon’s award-winning

Cassandra Cass: Transcendent, the AsiaSF show, I was in on that

situation. I was the only girl dropped. It wasn’t right. I’m not

going to lie and say it didn’t hurt. But things happen for a reason.

I have signed a contract with a new show on a new channel.

We’re in postproduction, and I think it’s going to be a better fit

for me just because I feel I get to be me. With Transcendent,

they wanted me to be something that I wasn’t. But I wish the

girls all the success because the more successful their show is

and the more successful other shows like it are, it makes it easier

for other (trans) girls to get the opportunity.

BeBe: Well, with all reality shows, you are never quite sure how

exactly they are going to represent you in the edits. Reality

shows are somewhat a risk in that aspect. And speaking about

representation, I know you are a talent scout for the newly

Management, but have you found it difficult to find an agency

that knows how to represent you as a trans actress?

Cassandra Cass: When I was on Wild Things and then an episode

of CSI (CBS) I decided it was time to get an agent. I went into

beautiful but didn’t know how to represent me. So I’ve been on

my own thinking of myself as Madonna in Desperately Seeking

Susan thinking I’m going to make my own path. And though

things have definitely changed since then and people have a

media is looking for a nonthreatening, nonsexual type of trans

person. I love Laverne Cox, but I don’t know if boys are beating

off to her. I’m just being honest.

BeBe: Do you get negative reaction from the trans community

because they think your look sexualizes transwomen?

Cassandra Cass: Oh yes. The reality is that I have had very few

other trans girlfriends. Though I have worked with many over the

past 10 years, most of them can’t say they really know me on a

personal level. I think there is so much insecurity when you

transition. Like I said, I have a very Madonna thought process.

I’m all about my career, I want to get from point A to point B and

I don’t have time for all the girl drama. They want to fight over

men and that’s just not me.

BeBe: But I do believe that you have had a positive effect on

trans women and drag queens who have aspirations of a career

on television and in Hollywood. I think they have seen your drive

and your independent way of making things happen and tried to

Cassandra Cass: I am just following my heart. I don’t think it’s

different. That’s bull crap. I don’t buy into that. Stars are people

To find out more about Cassandra Cass’ upcoming TV show and to follow her career go to www.CassandraCass.com