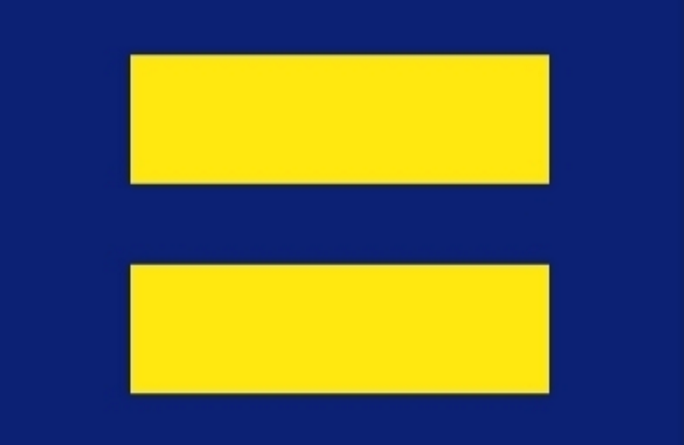 Gloss was happy to report the Human Rights Campaign (HRC) early endorsement of Hillary Clinton. Not without controversy sure but then to only rile even more people up HRC followed that up with an action causing speculation about their priorities that is somewhat hard to defend.

HRC, the nation’s largest LGBT civil rights organization, decided to endorse Republican Senator Mark Kirk of Illinois in his re-election bid over his opponent, Representative Tammy Duckworth, a Democrat. Kirk has a 78% approval on his rating scorecard from HRC, Duckworth 100%. This doesn’t make much sense, but whatever right?

What does this have anything to do with you Bay Area gay?

Two things: It’s always nice that HRC tries to look not partisan by supporting a Republican who doesn’t want to force us back into a closet and take away all our rights as equal citizens.  But as many have pointed out, endorsing Senator 78% does nothing to advance a democratic Congress.  Isn’t the Democratic party just the same as the Republican party as some negative nannies offer?  Well not only would a Democratically controlled Senate bring a Senate that does their job on things like approve a Supreme Court nominee, without a Democratic Senate, bills like the Employee Non-Discrimination Act will never come up for a vote. A Democrats Senate could also impede this wave of “Religious Liberty” bills popping up state by state.

The other reason that this matters to many of you is that SF is home to large HRC donors.  Now, I am not one of those folks who hates on HRC and their fancy black tie fundraisers.  No, give me a spankopita, some sponsored vodka cocktail and make me wear a fancy dress and I’m quite happy, thank you very much! But HRC event donors, who may in fact be you, are the bread and butter of HRC’s work.  Speak up!  Make your voice known, and ask that a return to a Democratic Senate be made a priority of HRC’s endorsements.

All SF political chatter has been about the SF State Senate race to replace great gay leader Mark Leno. In all Bay Area races the difference between the democratic candidates are largely shades of gray. However, over across the bay, there’s also an open seat with 3 democratic candidates.

The leading candidates in the race are former Assembly member Sandre Swanson & former Assembly member Nancy Skinner but Katherine Welch. Has been getting buzz because she’s contributing a lot of her own money to her campaign. And by her money, I mean her father was longtime GE CEO Jack Welch who left GE w/a severance of $400 million.

Full disclosure, I endorsed Skinner in January as an elected delegate to the California Democratic Party but I was open minded to learn more about Ms. Welch…and learn I did.

At the East Bay Stonewall Dem club-you know the official candidate goes before the Gays meeting, I asked Ms. Welch, who was recently a registered republican, about where she was for the LGBT community during our struggles, Prop 8, etc. and what LGBT Californians could expect out of her.

Candidly, Ms. Welch said she couldn’t remember if she contributed to No on 8 (she Did Not) but also offered “LGBT rights aren’t a priority” for her.  No really, she said this to the LGBT Democrat club, and specifically “if you all have some issues that don’t compete against my issues, then I’d be okay voting for it.” Well, alrighty then!

By the way, Ms. Welch’s issues are “the children.” Of course, I’m guessing it’s not the LGBT children she’s concerned with but since we’re “not a priority” for Ms. Welch, I thought you might like to know who to tell your friends in the East Bay who not to make a priority this June.