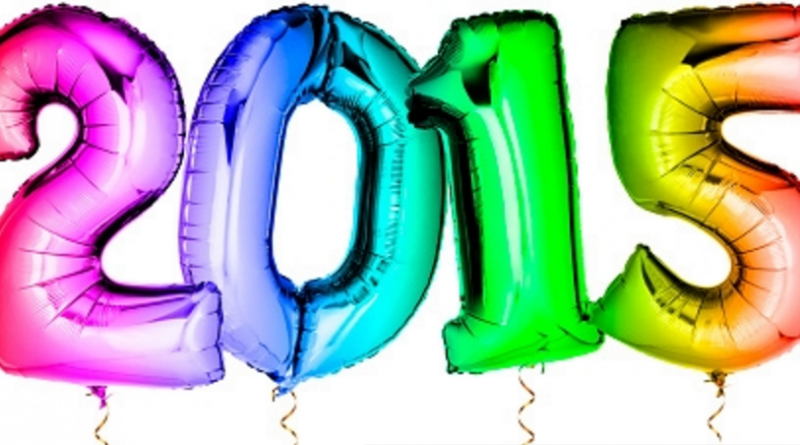 LGBT San Francisco & Beyond Tell Us Their 2015 Memories

Time flies when you’re having fun, they say. Time also can be savored and forever memorable because of particular happenings that were special of a place and time. You may be surprised that moments of 2015 that will forever stay with you may not be all too different from things that happened in 2015 for some of San Francisco and nationally recognized LGBT luminaries that will give the year a special place in their memory.

I visited Bali, which has been on my bucket list since I was a child. A very mystical place with incredible food, sights and I caught some of the enchanting traditional dancing–which has lots of eye rolls and bobble head neck in it! I will warn fellow travelers that possessing “psychotropic drugs” is punishable by death over there. So please eat all your Ambien and Xanax on the flight over or you may die in paradise!

2015 was a great year for me in many ways!  It was memorable because I was recognized by SF Pride and the Mayor of San Francisco to receive the Teddy Witherington Award at this year’s Pride festivities.  I’m not big with awards, but this meant a lot because I admire and learned a lot from Teddy Witherington when I worked with him.  It was like a homecoming- aha moment for me.

My show POUND sold out in NYC, SF and Portland. Still seeking a girlfriend to kiss at midnight, NYE at Brava.

The never-ending love and support of BOYSTOWN readers and fans made 2015 memorable for me.  They are the best!

2015 was a year of appreciation for all of the amazing people and things I have in my life while I have them.

Working on music with all my favorite collaborators, plus seeing a couple of songs I’ve worked on chart high on Billboard.

2015 was the best of times, and the worst of times. I finally saw my dreams realized with the opening of my club Oasis, but I also lost my dear friend Cookie Dough.

2015’s most memorable moment for me was to be honored by the city of San Francisco gloss magazine and my peers for my constant work for charity and my work for offering unique nightlife options for the LGBT community.

Winning marriage equality and an increased focus on the triumphs and challenges facing the transgender community made 2015 very memorable.

There’s so much to include: 50 states now approve Sam-sex marriage, groundbreaking trans series “Transcendent” launched, and the Trans Movement began to move forward in a big way. Inclusion is near for all of us.

7 Positive Ways to Get Out of Your Big Gay Rut

Feeling more Marilyn Manson than Marilyn Monroe lately? Trade in that rut for swagger and strut with these seven positive ways to shake things up when your spirits are down.

I’ve never been keen to surround myself by mostly gay friends, yet I see it all time within the gay community, especially those in urban areas – which, of all places, offers the most diversity. The inherent problem with this practice, as you might image (or experience, if you’ve fallen into this trap), is that when everyone has similar interests and tastes and personalities, it makes it hard to feel like an individual who brings value to the group. If I’m talking about you, maybe it’s time to take a break from the Broken Hearts Club and spend an evening or two with a few folks who are vastly different from yourself. You don’t have to give up your gay besties for good, of course, but enjoying conversation and activity with equally fantastic friends who don’t want to yammer on about last night’s Grindr conquest might help put your friendships in better perspective.

I have a love/hate relationship with Grindr and other hook-up apps, as I’m confident most LGBT people do. On one hand, they help you satisfy those cravings for instant gratification when all goes according to plan, but on the other, they’re a catalyst for feelings of loneliness, self-loathing, and sadness when nothing pans out. Especially when someone in whom you’re interested is being way harsh (no need to be rude, gentlemen!) – and who the hell needs that? If your constant presence on these apps is keeping your head hung low – for reasons that aren’t physically satisfying – take a break and roll your dice in the real world for a while.

We’ve all had that bedroom buddy, at some point in our lives, who’s always down, always has something negative to say, and, as a result, always tries to bring you to their very unhappy level. If there’s a person in your life currently that fits these characteristics – and it’s adversely affecting your own attitude – you’ve got to cut your losses. Talk to the person first and explain how they’re coming off – maybe they just don’t realize it. But if this is a chronic issue that doesn’t improve, make a clean break and move on with your life. Pessimism begets pessimism, and that’s no way to wake up every day.

When I’m at my breaking point, fed up, had enough, I know it’s time for a vacation. It doesn’t have to be a grand getaway or an expensive escape, but a change of scenery is sometimes required. In some cases, I like to check into a nearby hotel to veg out and relax while other times I’ll head back to my old stomping grounds to kick it with my homies. If you don’t have that much time to spare, at least set aside a few hours to treat yourself, like with a massage or just silent time at home, for instance. Either way, a mini-getaway helps me put the pressures of life aside for a minute, de-stress, and think of healthy solutions on how to addresses whatever issues I’m experiencing.

What do you want in life – and are you pursuing those goals in a way that doesn’t compromise your integrity, morals, finances or future? It’s easy to get caught up in all the noise of the world – like relationships and careers that are going nowhere, binge drinking and drugs, and lamenting missed opportunities – but, trust me when I tell you, in hindsight it’s all a waste of energy. Considering that, then, why not just skip the BS and focus on what actually matters – your own wellbeing. Learn to love yourself and you’ll be less susceptible to making poor decisions, both personally and professionally.

It’s scientifically proven that exercise makes you feel better, think more positively, and enhances your own body image – the latter of which, whether we like it or not, is helpful in the gay community. Over the past year, I’ve completely transformed my body from a sedentary lump into a tight-and-fit powerhouse with confidence to spare. It’s quite incredible, actually, how your perspective on life changes when you commit to your own health. Winks from sweaty, built boys don’t hurt either.

Aside from your physical and mental fitness, there are other ways you can boost your self-confidence, including how you dress and how well you keep up your personal hygiene. A fresh haircut can go a long way to help you stand taller, as can a great outfit. Further improve your appearance by keeping facial and body hair trimmed (if that’s what makes you happy), clipping nails, splashing on cologne and tanning safely (I prefer professional spray-on versions). When you greet the world feeling awesome, everyone around you will notice. Play on, playah.