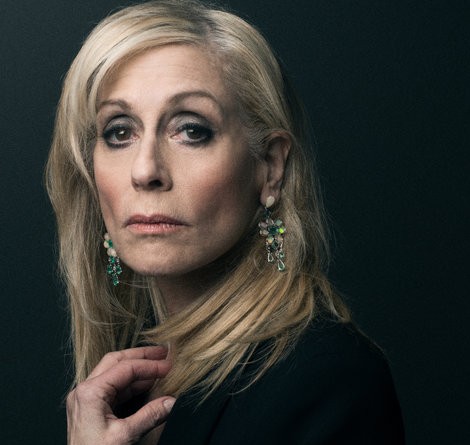 Actress Judith Light talks longtime LGBT advocacy, Transparent and how she ‘wanted to be like the gay community’

As one of a few prominent celebrities in the ’80s to pledge her unwavering support to “the leaders,” as she calls them, the Who’s The Boss? actress was instrumental in changing the lives of LGBT people at the height of the AIDS epidemic three decades ago. But, she says, it was her own life that needed changing.

In a candid conversation with Light, 66, the actress reflects on her staunch advocacy and the need for the compassion her hit show Transparent is rooted in.

Judith, I watched the first episode and was really moved. The world is a scary place right now, so to see you and co-star Jeffrey Tambor share such a tender moment at the end of the first episode was especially moving. The kindness and love and empathy and compassion between the two of you in that scene was really profound.

Awww – I love that you started off that way. You know, people have not talked about that enough, I think. They have in other ways, but you noticing that – that really means a lot to me, so thank you.

I think this is the kind of show that people need right now.

I do too. And I think when you only think about this show as a transgender show, you don’t get the real truth of it, which is that it’s about transgender people but that it’s also about humanity and people – and people living their truth and being honest and authentic and courageous.

What does it mean to you to know you’re changing people’s hearts and minds with that message?

It’s huge. All of us feel a tremendous responsibility to get it right. Jeffrey always says, “Lives are at stake,” and so we all do try to make that the top note. That’s really important to all of us. How it makes me feel as a longtime LGBTQ advocate – it thrills me. I feel as though my life and my service and my work have all come together in one place, so it makes me feel fantastic. Even though I hear from people who say, “Why would you do this?” or, “This is weird,” the value of it far outweighs those people who have problems.

What is the negativity you’re referring to?

There are those voices out there on social media that say, “This is so weird” – they aren’t talking about the show; they’re talking about the transgender community. I say that this is an issue in our world, and what you started off talking about – the love and the caring and the compassion and the concern – I think that’s what we all need to be giving each other. Life is difficult enough without us being denigrating to anyone in the world. Let people live their truth. Let them be. It’s a message this show supports.

Did you think the show would be given the warm welcome it’s been given before it aired?

No. We literally had no idea. We hoped that it would be something that people would support, that people would love. This is (show creator) Jill Soloway’s parent. It’s her story. So we all hoped, but we didn’t know. We weren’t sure. We just knew that all of us – Jill, the writers and the whole entire team; I’m talking about Amazon and everyone else – hoped that it would be something that would educate and elevate the culture, but we didn’t know. We didn’t have any idea. Then when the success happened, we were all so grateful for it that we had to make sure when we came back for the second season that we were as responsible as we could possibly be. Lives are at stake. And there are people who are still being thrown out of their homes, and hate crimes are perpetrated against them and they’re fired from their jobs because they’re transgender. This is 2015. We feel very responsible to do the right thing.

How has that message been transformative for you?

This is something that I have looked toward for such a long time. It was the LGBTQ community that inspired me to be the kind of person I wanted to be. I wanted to be authentic and courageous, and for so long I wasn’t. When I began doing a lot of advocacy work in the early ’80s for HIV and AIDS, I saw the community and the way the community was operating against all odds, against a world and a culture and country that gave them nothing and denigrated them. It was unconstitutional behavior toward the community, and this community just rose up and said, “We will create places to take our friends who are sick, we will do their funerals, we will take them to the hospital, we will change their IVs and their bedpans, and we will learn.” And the lesbians came in and said, “Gay men, you are our brothers and we will take care of you,” and the drag queens and the bisexual community and the transgender community – everybody pulled together. I looked at this community and said, “This is breathtaking. This is the kind of world and people I want to be around. These are the kind of people I want to be working with.”

I said, “We have to tell the truth about what’s really going on here.” My friends and the community were dying in droves and two presidents wouldn’t even say the word “AIDS.”

It was reprehensible to me. It was the opposite of the way you started this interview. It was the lack of compassion, the lack of humanity and the pretending that this was something else that it wasn’t. It was sheer unadulterated homophobia and I couldn’t … I didn’t… I wanted to be like the community.

At the time, there weren’t a lot of celebrity allies stepping up to the plate. Bette Midler, Elizabeth Taylor, yourself. What did that feel like for you?

You know, it wasn’t something of what it felt like. It was the thing that had to be done. And Bette was amazing, and Elizabeth Taylor was amazing. None of us were thinking at that time, “I’m doing important work.” We were thinking, “This is what should be done, what has to be done.” It was, “Get to work everybody. People are dying in droves, and we’re losing an entire generation of people.”

We lost so many people in the theater. Broadway Cares / Equity Fights AIDS was on the frontline for years helping people. We were losing people in droves in the theater community – in every community! It wasn’t even a question. People would come out and tell their families that they had AIDS and their families disowned them. So it wasn’t what you thought about. You went to the hospital because they were dying and nobody was there with them. You didn’t think about it. It wasn’t a thought process. It was an emotional human response to an epidemic where there was no help forthcoming. And I mean, who’s more creative than the gay community? So everybody got together and said, “OK, we’re gonna put on a show and raise money, and we’re gonna create the AIDS rides like Dan Pallotta did and we’re gonna raise millions and millions of dollars because this is our family.” I took my lead from the community. They were the leaders. To me, they’re still the leaders.

You know, we’ve always considered you to be family.

Thank you and I appreciate that, and that’s why when I get to do a show like _Transparent_ I get to talk about this with you. We get to talk in a much more powerful, prominent way about the transgender community, which has been too long in the shadows, and it’s time. It’s really time.

When it comes to transgender issues, this show has hit the zeitgeist.

Looking back at your career from One Life to Live on through Transparent, what does the gay community tend to recognize you most for?

It’s everything. It’s generational actually. It starts with One Life to Live and then it literally goes to Who’s the Boss? and then after that it’s Law & Order: Special Victims Unit and Ugly Betty, but there’s always something that’s particularly generational about who it is talking to me that they remember me for. So that’s what’s so interesting. I mean, I’ve been around a long time! So, it’s generational, and so everything is different for every person. I find it very interesting, and I love it. Other people only remember me from coming back to Broadway in the last five years, so there’s that. I’m in a Broadway show right now. I’m actually sitting in my dressing room talking to you. I’m doing this play with Keira Knightley called Thérèse Raquin at Studio 54, so then there will be a generation of people who will remember me for being on Broadway.

I know! I adore her. She is such a doll – oh my god. She is so dear, really. She is very, very special. She’s a great advocate for the community too.

I know you have a show to get to, but it’s been a delight. Such a pleasure. Thank you, Judith.

Of course. Thank you for wanting to talk. I really appreciate it. And thank you for starting the interview off so beautifully.