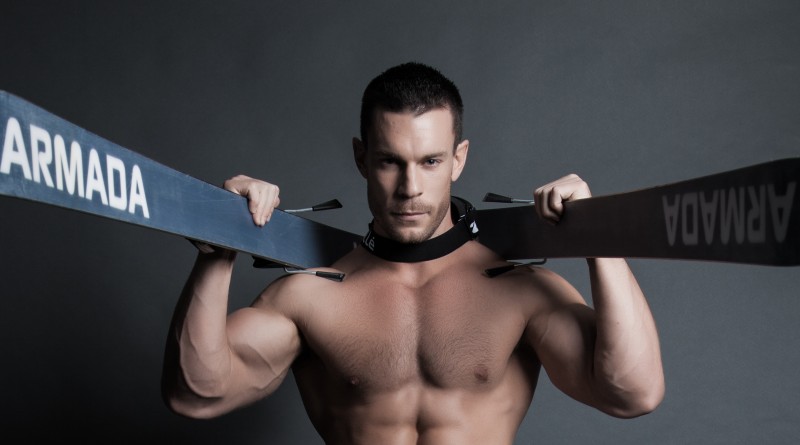 Elevation Gay Ski Weeks are always a guaranteed good time, but this year promises to be the best yet.  Why?  One very special guest.  Big, strong, not afraid to get a little forceful…and did we mention Latino?  Ok, before we jump into the “making us wet” jokes, let’s just introduce El Nino.  This elusive weather pattern is on the scene and already creating incredible conditions for Mammoth and Park City mountains (Mammoth even opened ahead of schedule to capture the killer snowfall).  Combined with Tom Whitman’s polished cute guys + fun parties + slope shredding recipe, Elevation 2016 is the year to (re)discover the premier gay ski weeks of the year.

“Gay ski weeks are very different from other destination gay events,” says Whitman, who began Elevation Mammoth in 2002.  The event combines the sporty focus of a traditional destination ski trip with the seductive Southern-California gay scene.  “Unlike a ‘circuit party’ or a pride weekend, gay ski weeks are equal parts party and sports…Yes, you’re surrounded by cute guys from all over the country (and the world), but the sole focus is not the party.”

Elevation Park City is back and bigger than ever – no, really, it is!  Where in previous years snow bunnies had to pick-their-poison and buy separate passes for Park City Resort or Canyons, this year’s merger of the two means 7,300 of skiable acres with three bases. Park City is such a cool place, a perfect combination of laidback and sporty.  Everyone kills the mountain during the day, then hits the town for Elevation apres ski and nighttime events – held at the best local venues and restaurants.  Not to mention attracting lots of those super hunky Utah boys.

Elevation Mammoth may be celebrating it’s 14th anniversary in 2016, but it certainly seems like the quinceanera came early with the inches of snow El Nino is gifting Mammoth Mountain.  Combined with the return of signature events like in the 3rd Annual Rock N Bowl on Thursday, new twists like the “Apres at 10,000 Feet,” it’s no wonder the event has grown to a full scale invasion.  Luckily, the Mammoth Mountain community is beyond welcoming to the group.  “It is really gratifying to see how the community of Mammoth Lakes really embraces the event,” says Whitman.  “Locals wait all year for this week.”

The best part about Elevation is the fact you can make it be exactly the kind of weekend you want.  You can spend all day carving the slopes and crash early.  You can rage all night and wake up just in time to catch the apres.  You can make some friends. Make some memories.  Make mistakes.  The Elevation environment does away with all those rules and leaves 2,500+ attendees feeling a lot of altitude and zero attitude.  “El Nino is going to make this a memorable one,” says Whitman. “I promise, you’re not going to want to miss this!”