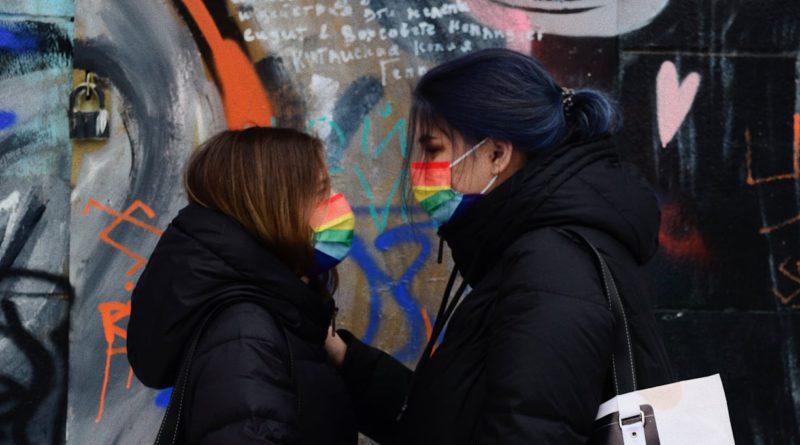 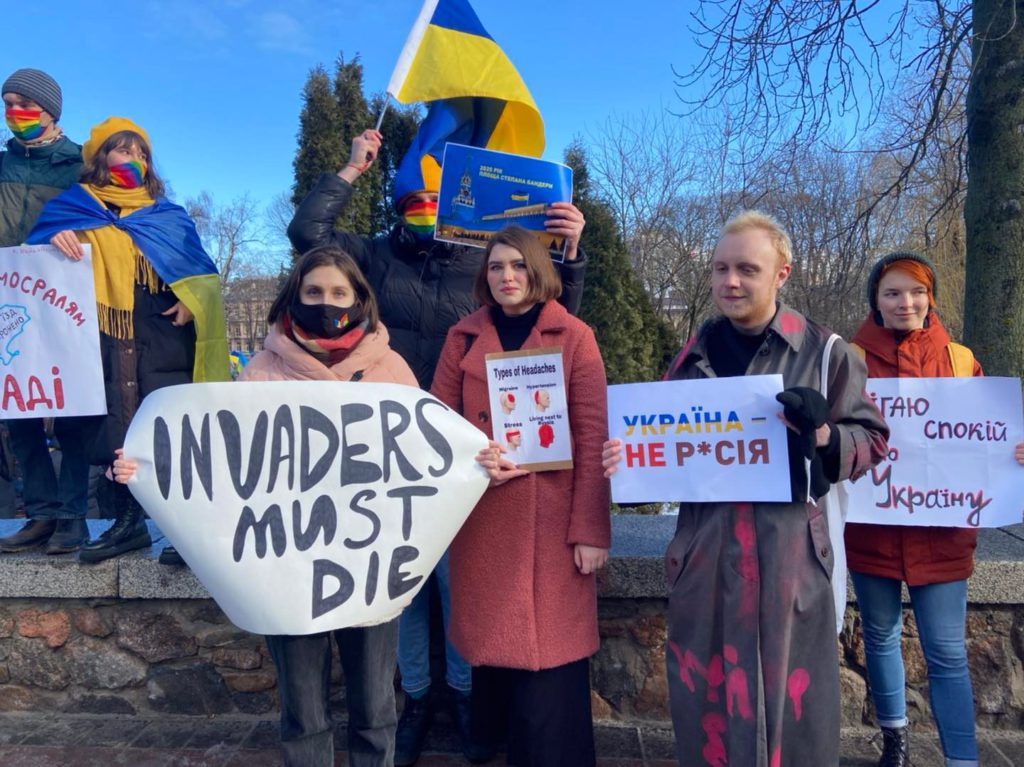 Right now, in Ukraine, transgender people are forced to go without their prescribed hormones. “Pharmacies are out of stock of pretty much everything,” said Lenny Emson, executive director of KyivPride, a non-governmental organization in Ukraine’s capital city.

Emson is bigender and uses she/he and him/his pronouns. On Saturday, March 6, day 10 of the Russian invasion, this reporter spoke with Emson via Zoom. For security reasons, Emson did not disclose his location. “I’m in a safe place,” s_he said.

The following interview has been condensed and edited.

What do LGBTQ+ people in Ukraine fear most about the Russian invasion?

First of all, we are in solidarity with the people of Ukraine, so we feel about [the] Russian invasion that it never should happen, and we will fight to the last drop of our blood. We will not ever live under Russian laws. We will never obey Russia. We will never be occupied and live as Russians do, without human rights, without any rights, and standing on [our] knees, literally.

Conditions for LGBTQ+ people in Russia are much harsher than in Ukraine. Do you see that as a coming threat right now?

I think it’s not right for us. It’s a big threat that they will really introduce some repressions towards LGBTQI people and human rights activists. That is our fear.

For now, as LGBTQI activists, we’re not thinking of “What are we going to do when Russia is going to occupy us?” Our line of thinking is different: What can we do to prevent this from happening? So our work is kind of divided in two directions. One is to evacuate the most vulnerable population. We evacuate trans people, we have evacuated people with children from [the] LGBTQI community. And those who can fight, those who can be in territorial defense or in the Army, they join…and they fight. I know, personally, trans people who are joining the military to fight against Russia, and queer people now who are joining territorial defense units to help. I just want the world to understand that LGBT people in Ukraine [are] joining the fight. We’re not running from Russia.

I would be very grateful if you could spread it and you can spread the word. These organizations right now, they are concentrating their efforts in different parts of Ukraine. So KyivPride, we work nationally. We help all people all over Ukraine. We help people with money for food and relocation, and we have transportation means organized by different organizations. [See links to additional organizations below.]

What are the conditions like for LGBTQ+ people in Ukraine right now? For example, I understand transgender people are finding that hormones are impossible to come by.

Pharmacies are out of stock of pretty much everything. We are working with our partners from abroad, and we are trying to get some medications from there and to get them to Kyiv and to other cities where people need them. It’s kind of at the very beginning; this happened within a week.

What would you like LGBTQ+ people outside Ukraine to know about the LGBTQ+ community there?

We would like you to know that we have like 30 years of fight for LGBTQ rights behind our backs. We’re fighting for these rights and freedoms for [the] LGBTQI community, and we’re not going to just let it go. Last year, in 2021, KyivPride gathered 7,000 people on the streets of Kyiv. We were marching together for LGBTQI rights, for human rights. So unlike Russia, we are really big and we really value our freedom. We are very different from Russia, and we are not going to obey Russian laws and Russian oppression towards human rights, [like] we see right now happening in Russia for the last many, many years.

Many of us here feel helpless. What can individuals do? How can our government help?

How can government help and how can individuals help, this is very much connected, ’cause we would like individuals to go to the government and to ask people that have power to use this power for good.

We need our sky closed. “Close the sky,” this is a narrative that has been around from the very beginning of the war. So “close the sky ” is literally to ban all [Russian forces] from flying above the Ukrainian territory. That means that Russia would stop bombing. And this is what we need right now…because we need to live. In order to fight for human rights, we need to be alive. This is number one. That’s why “close the sky” is a very broad LGBT demand to the American government. We need to be alive in order to be LGBT and be a community.

As well, we’re asking all individuals not only just to donate to us…but be on our side. When you go on social media, and when you see posts in support of Russian propaganda, for example, posts denying that there is a war in Ukraine, posts denying that people are dying, posts supporting Putin or supporting Russia, please report. Please complain. There must be no place for Russian propaganda in social media; there must be no place for Russian lies on the Internet. Please. You can do this. This could be your big input in the fight against Russia.

It’s hard to say anything because nobody has expected this. I know all the warnings from [the] American government…all these reports from the intelligence services…but who could believe this could happen in the 21st century — a ground war, really? Who could believe that this man would go and bomb Ukrainian cities? Who could believe? This is not real. When you look at all this footage from bombed cities, your brain does not want to recognize it as a reality, your brain tries to switch it off. It’s such a big stress to realize that this is happening in real time, so that’s why… no words here. What can we say?

KyivPride is a Ukrainian non-governmental organization that aims at contributing to full respect for human rights for LGBT+ people in Ukraine, at encouraging an appreciation for these rights by raising LGBT+ visibility and participation in social processes. In addition to its activities throughout the year, KyivPride organizes an annual event called the KyivPride-week. KyivPride accepts donations via 24 Pay, Google Pay and credit card.