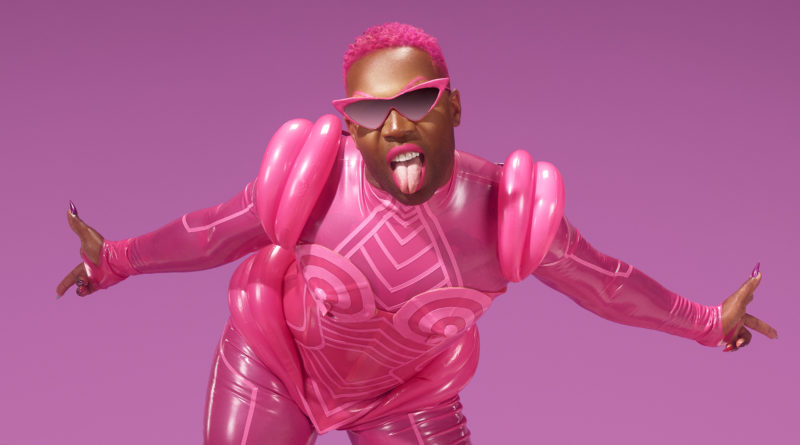 Todrick Hall is serving bitch but making it, as he says on his latest record, fashòn. The album’s title, “Femuline,” is exactly as it seems: the blending of feminine and masculine attributes to create a greater, queerer whole. That theme serves as the perfect narrative for an artist who has made a music career out of reimagining classic stories like “The Wizard of Oz” and “Cinderella” through his own creative lens. The difference this time, he says, was that there was no “pre-existing blueprint.”
“It may exist, but I’ve never heard a song talking about how you can be both: you can be a prince, you can be a princess; you can be the bride, you can be the groom. And that was very interesting for me to explore,” Hall says. “But it was uncharted territory as far as I know.”

Full of club-ready bangers that seem tailor-made for Pride season, “Femuline” is Hall’s “open love letter to the LGBTQ community,” he says. An already queer experience is made queerer thanks to both LGBTQ+ and allied icons like Brandy, Tyra Banks, TS Madison, Chaka Khan, and, of course, Hall’s signature Broadway vocals.

So far in his career, Hall has been part of multiple Broadway smash hits, secured a spot as a recurring guest judge on “RuPaul’s Drag Race” and amassed a whopping 44 million views on YouTube with his 2019 “Nails, Hair, Hips, Heels” breakthrough single. Considering Hall only made the move to Los Angeles a decade ago, it’s all the more impressive that his hard-won successes have been so consistent and plentiful. Not even the vision board that he created upon his permanent move out West could’ve prepared the Plainview, Texas, native for everything he has accomplished at this point in his career.
“It wouldn’t have included any of these things because I wouldn’t have had the courage and the wisdom and the diversity and the acceptance and the permission from society to be able to put things on there,” Hall says. “As a dreamer, I still even limited my dreams at that time.”
He says that shortly after breaking into the industry he realized that, because of societal stigma and bias, his identity as a Black gay man would only make achieving his goals more difficult than he imagined. Hall recalls a distinct moment on the Broadway stage when another Black performer in “The Color Purple” pulled him aside and told him that he was never going to get away with mediocrity.

“And in every Broadway show that I’ve ever been in, I had to tumble,” he says. “I had to be doing backflips and leaping across the stage, and riffing and singing high, and understudying 8 billion roles while I saw my counterparts that were a different race come in and give, in some cases not even a mediocre performance, but the skill set that was required for them [to succeed] was lower,” Hall says.

In some ways, Hall says he views the high standards society places on him as a compliment, as an expectation to only bring the best quality to his work. Yet he recognizes their deeply problematic nature, racist origins and the consequences those standards have on both himself and fellow Black performers.

“You expect Black women to get up and out-sing everyone on the stage. If she doesn’t sing ‘And I Am Telling You’ or ‘I Will Always Love You,’ then why is she there?” he says. “To me, I think a Black woman should be able to get up and sing ‘Part of Your World’ from ‘The Little Mermaid.’ The reality is that there are a lot of people who are musical-theater performers that, if they can’t deliver a gospel Jennifer Holliday-, Jennifer Hudson-, Beyoncé-esque performance, their opportunities to perform and exist in entertainment are almost nonexistent.”

To Hall, one of the keys to dispelling the stigma that still persists around identity, whether conscious or not, is to push for representation whenever possible – not only of Black entertainers but those who are LGBTQ+ as well.

“Some days I wake up and I’m like, ‘You should be grateful for the things that you have.’ But then there are other days where I’m like, ‘You can count on one hand, without using most of your fingers, the amount of gay men who have come out and been gay when they were popular on the radio,’” he says, lamenting that he’s never heard a man sing a love song to another man on mainstream radio.

He adds that Hollywood’s acceptance of Black queer artists in 2021 isn’t enough: “We’re accepting breadcrumbs when we should get a slice of bread at this point.”

Hall believes that it should be a requirement and not an exception for radio stations to play same-sex love songs as a means of normalizing ideas of LGBTQ+ acceptance. Really, though, he’s out of patience for people who use a handful of examples of Black representation in popular culture as an excuse to say that visibility is equitable.

“People can make the decision to be like, ‘Yeah, there wasn’t a lot.’ Or they can bring up the fact that Oprah existed and be like, ‘That’s enough,’ when that wasn’t enough,” Hall says.

That extends to LGBTQ+ artists, too. He points to Lil Nas X’s “Montero (Call Me By Your Name)” as an example of audacious content created by a talented Black gay artist who’s seeking to break free from societal expectations of what Black queerness should look like.
“He probably knows singing a song that’s just a format that the Jonas Brothers, that Shawn Mendes, that James Arthur, that Ed Sheeran, that Sam Smith have been able to do would not be enough,” he says. 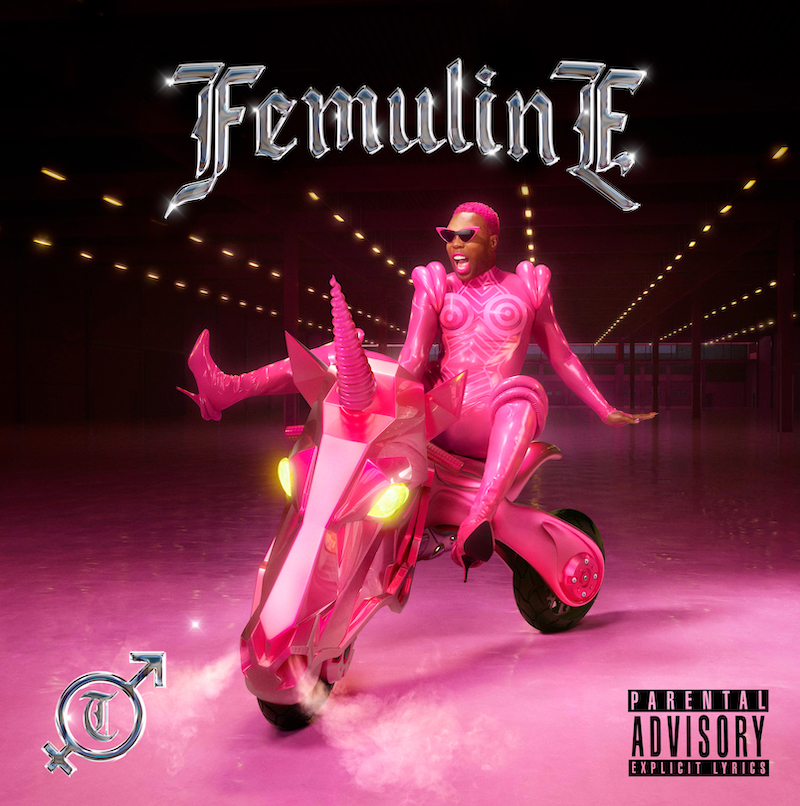 His passion about this topic and advocating for representation in his work comes from a personal place. A place, he says, that was born of being told “no” because of his Black, queer identity. It’s those roots that inspired him to take on advocacy projects outside of music like being the face of Morphe’s “Live With Love” palette whose full proceeds will go to benefit The Trevor Project. But as vocal as he is about causes he cares about, Hall doesn’t feel every artist needs to be required to use their platform for advocacy — it’s just the “cherry on top” if they do.

Looking ahead, it won’t be until 2022 that fans will get to see Hall perform “Femuline” live, seeing as how COVID-19 has thrown things off-kilter for nearly every touring artist’s schedule. But until then, there’s no question about what he needs to do next: “knock down walls and barriers so that the people that come after me are able to just strut without having to stress out [about] the things that I had to worry about that made me believe that I could never accomplish my dreams.”