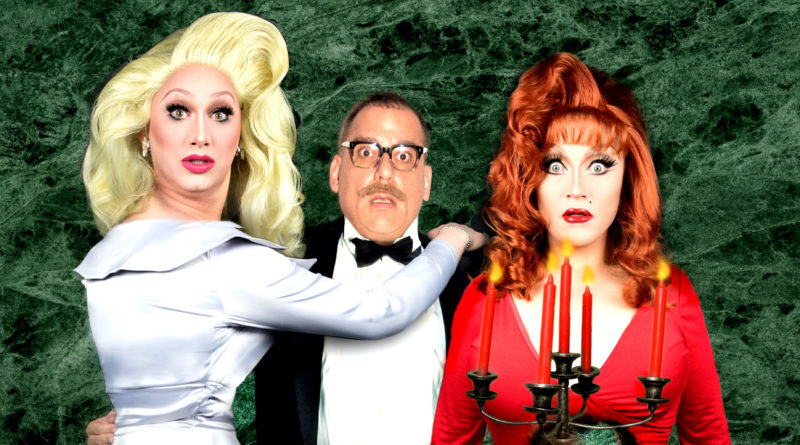 You asked for it and now it’s officially back! For her first official production of the new decade, high priestess of cult film Peaches Christ is returning to a movie with a truly chilling concept for those of us praying for release from our current political moment: living forever. On March 14, 2020, at San Francisco’s historic Castro Theatre, Peaches Christ Productions will present her internationally acclaimed stage parody of Death Becomes Her, the smash hit Drag Becomes Her.

Seattle sisters BenDeLaCreme (RuPaul’s Drag Race All Stars season 3 headline-maker) and Jinkx Monsoon (RuPaul’s Drag Race season 5 winner) will reprise their iconic roles as Helen and Madeline. Writer-director Peaches Christ will pull focus as Lisle, Lady Bear will embody Big Helen as only she could, and Heklina will emerge from semi-retirement to play Ernest.

Having previously co-starred in Peaches Christ’s Hocus Pocus parody tribute several years ago, Ben and Jinkx are thrilled to return to San Francisco and once again pay homage to one of their favorite movies.

“Death Becomes Her has everything!” Ben says. “It’s a camp-lovers dream! Desperate undead women in fabulous mansions hitting each other with shovels? What more could you ask for?”

Describing the production as “a collaboration of friends and sister witches,” Monsoon is also excited to see her frequent collaborator Peaches—who played Madeline in a previous production—reprise the role of Lisle.

“She does love a nude illusion,” notes Monsoon of the character’s famously skimpy attire. “I think it’s brilliant casting. I’ve always loved Peaches in high-status roles, and she’d definitely be the one hoarding the youth potion for herself.”

Audience members are encouraged to serve their finest early-‘90s high-glam looks and paint themselves like the fabulous undead—just be sure to remember where you parked the car. Drink like you just took a nasty fall down a palatial staircase at the Siempre Viva cocktail bar in the lobby.

Check out more info and nab your tickets over at PeachesChrist.com!