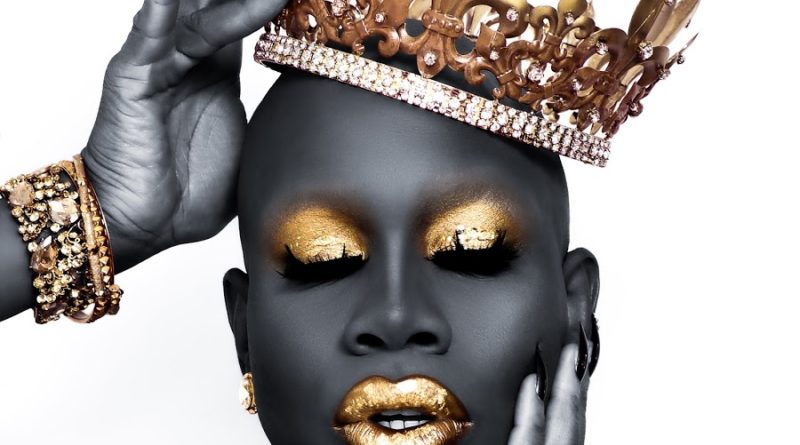 Get ready to soak it up! Your favorite sponge queen Monét X Change coming to the Bay Area for Peaches Christ’s newest production and all we can say is – bring it on!

Earlier this year, X Change returned to the RuPaul’s Drag Race werk room for All Stars season 4 and ended up snatching the crown along with fellow drag superstar Trinity the Tuck. Since then, she has taken the world by storm with a Pepsi partnership that included starring in a commercial alongside Cardi B, her own cover for New York Magazine and most recently, her own talk show, The X Change Rate. Now Monet is ready to make her Peaches Christ debut in the Bring It On parody, Bring It On, Queen!, with Bob The Drag Queen.

Before she makes her SF stop for the big show, I got the chance to chat with Monét about her appearance on The View, her love for Bring It On and if she can beat Bob in Super Smash Bros.

Congrats on your new talk show!

Thank you very much.

How did the concept for The X Change Rate come about?

I did the season 11 Build interview with all the girls of season 11. After that, we wrapped the interview and I went down to the basement of Build Studios and I was just like, “I’m going to do a talk show here.” And all the cubicles, everyone was kind of laughing. I was like, “Y’all laughing. I’m dead serious.” There’s the VP there, her name is Susan. I took a card on her desk. I was like, “Susan. I’m going to do a show here.” She’s like, “Sure.” All in jest. Everyone is laughing at the drag queen. Then I sent her a full email with an outline of what my show would look like and what I wanted to do. She was like, “This actually sounds really good. Let’s do it.” And then two months later, here we are.

What’s the biggest difference between hosting a talk show and a nightclub drag show?

For me, I think that that’s going to be the charm of this show. I feel like I am in a nightclub. I am very interactive. I talk to the audience a lot. I have them be a part of the show as much as possible. I talk to my guests just like how I would talk to any of my friends or Bob or something like that. I’m not saying Bob is my friend, he’s more of an associate. I talk to them how I do anyone else. I think that’s what makes the best interview experience – when you feel the interviewer and interviewee are two friends kicking it, as opposed to a subject.

Speaking of talk shows, you were just on The View yesterday. What was that like?

I think the three of us, Nina, Adore and I, there was a lot of backlash by fans on Twitter and online, kind of upset that we were doing this interview with Meghan McCain. Vilifying her for all these things she’s done, or more so her husband. I think that just because her husband has said and is doing some problematic things, doesn’t make Meghan less of an ally. Yes, there are things that she can do maybe to help us, but I think it’s important to recognize who the real villains are. Just like people like to vilify RuPaul and say that he’s anti-trans. If you think that RuPaul is the number one enemy in the trans fight, then you’re sadly mistaken. I think that it’s important to embrace allies on both sides. You need an ally on your side to push you over, but more importantly, you need an ally on the other side to pull you over. I think that Meghan is that.

It was a great interview. Also to put three drag queens on ABC – on the Disney network. Three drag queens sitting there for middle America to consume, to learn more about and for us to alert them about trans issues and issues in the LGBTQIA+ community.

Whoopi was so sweet! I love her! She had a thing after we filmed that she had to run out for, but she wanted to stay. She stayed back so she could meet us and she normally goes out a separate exit but she came out the way that we were. By the time she emerged from that door and came down the stairs – oh my god. She was like, “You guys are great. So happy you’re here.” She talked to us about stuff for a little bit and she was just so sweet. And also she has great fucking skin.

It’s easy to forget that your original Drag Race season only aired last year. You’ve had your talk show, All Stars, your New York Magazine cover, Cardi B Pepsi commercial –

Of all the things you’ve done in the past year, what’s been the highlight?

It’s tough. Even though, like you said, I’ve done such amazing things like the Cardi B commercial, I will say, even though it’s not on like a major huge network, this talk show is something very important and close to my heart… Having a talk show of my own has been a dream of mine since my freshman year of college… A talk show has been the thing that’s kept me going and the thing I’ve always wanted to do… This wasn’t something that anyone else pitched to come to me. It was something that I made happen because it’s something I really want.

Since your talk show has been something that you’ve wanted for such a long time, is there are place you want to take it or do you have any dream guests?

You know, I think for me one of my big, dream guests would be Tiffany Pollard. I absolutely love her. She’s literally an American hero for me… And also Anne Hathaway would be great because Anne Hathaway is a big fan of mine. As far as where I want to go with the show, I’m happy with where we are right now, but hopefully it will grow bigger. Netflix or Hulu or ABC. Someone would want to bring us to a bigger platform.

Another big moment that’s coming up for you, you’re about to star in Bring It On, Queen! with Peaches Christ and Bob the Drag Queen. How did you starring in a Peaches show come to life?

Well, Bob and I obviously work together a lot in our professional lives… I think that Peaches talked to Bob about it first, but obviously it’s something that we really wanted to do. First we were gonna do… what show was it? Oh, White Queens! A parody on White Chicks. We took it back and were like, Bring It On would be way more fun. Bring It On is a cult classic. Not even a cult classic, a pop culture classic. People love the show. Peaches is obviously a brilliant writer. She’s written some of the best fucking parodies. Her mind is so brilliant. The way she can craft these amazing parodies is amazing.

Before this, were you a big Bring It On fan?

OH MY GOD! Yes! That’s where I fell in love with Miss Gabrielle Union, girl! I love Bring It On! I was also a big Kirsten Dunst fan. I’ve literally seen all of her movies. I don’t know where she’s gone in the past decade. (Laughs) But I love Kirsten Dunst! That fucking movie she did where she plays the girl in high school and she’s in love with Jay Hernandez, Crazy/Beauitful, it’s one of my favorite movies. I love Kirsten Dunst. I love Gabrielle Union. It was Mean Girls before Mean Girls, you know?

Besides Bring it On obviously, is there a dream movie or role that you would want to recreate in a drag parody Peaches show?

You could wear some nice Olivia Pope jackets.

You’re starring in Bring it On, Queen! with Bob. Between this and the Sibling Rivalry podcast, your YouTube videos and your live shows, you work a lot together –

We also have our tour coming up soon.

It isn’t official yet. Gloss is getting the exclusive! We’re doing a really big sibling rivalry tour. We’re going across America, like 40-plus cities, so it’s going to be really fun for early 2020. We’re starting it in September in a six-city Canada tour to do the show and record content and materials to promote it for next year. It’s going to be bigger than any of our live shows we’ve ever done. We’re getting these huge set pieces built. It’s going to be a huge production so we’re really excited about it.

Now a little off topic, but you just had a Twitter interaction with Kim Chi about Smash Bros. tactics. So when you’re on the road, are you regularly playing videos games with the other queens?

Oh my god. We did Werq the World and literally every night after the show were on the bus playing Smash until midnight – four in the morning. Kim Chi is a big fucking spammer. She plays Piranha Plant and she just stands on the end and throws that fucking ball everywhere. Naomi Smalls is a surprisingly a really good Smash Bros. Peach player. Kim gets so into it, she forgets to blink during the rounds. At the end of the round, tears literally crying from her face because she has not played the entire time. She is ridiculous. Bob, for some reason, it’s so weird. Bob has now started playing video games. Like he literally shamed me for playing video games for so long. Like he bought a Switch. The other day we were at his house playing games for hours. I was like, “Bob, who are you?” He’s determined to get better at me in Smash, which I don’t think will happen because not to toot my own motherfucking horn, but I’m really good at Smash Bros. Every round we play, I destroy him. A four stock battle, I literally did not lose one life, and he was miserable and dead and lost.

Y said Kim Chi plays as Piranha Plant. Who do you play as and who do the other queens play as?

I play as Young Link. Young Link is my main. Although I started playing Inkling too. But I just randomly played as Inkling one day and I was like, “Oh, Inkling’s dope!”

I like rolling over people with the paint roller. It’s fun.

Oh, exactly. And freezing them motherfuckers! And Bob plays as Kirby, which means he’s the lowest of the low. Kirby is the easiest character player to play and that’s Bob’s main and he’s really proud of it.

I’m a Kirby player so drag me.

Are you really? Oh no, mam! I cannot believe it.

I accept being basic though.

And out of all the Drag Race girls on the Werq the World bus, who always wins? Who’s the regular winner?

Oh, me! And I’m not saying that because of me. Ask any of them. I was clearly the best player on the bus.

Bring It On, Queen!

Go to BuildSeries.com for more info