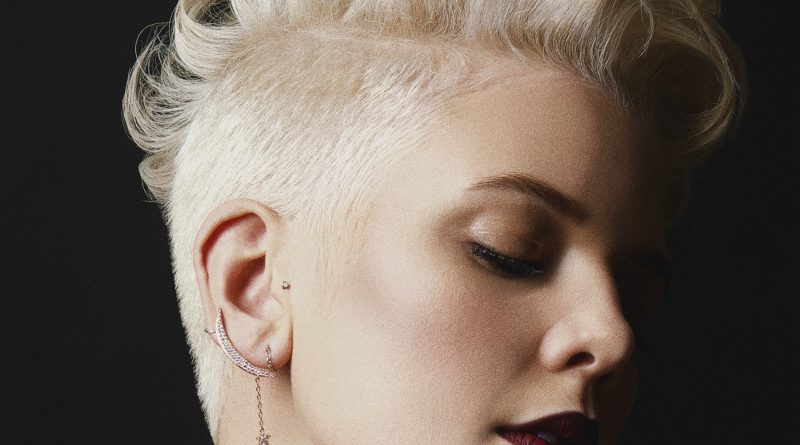 Jessica Newham, better known as Betty Who, is in a constant state of gay. A Pride festival one day, a stroll through Berlin with four gay friends another. Naturally, their afternoon walk is unfolding when as she rings me to talk about – what else? – gay things.

In October, more gay: she’ll perform during the All Things Go 2018 Fall Classic festival in Washington D.C., uniting the 26-year-old Australia-born, Michigan-bred pop fixture with the LGBTQ community’s other best kept secret, Carly Rae Jepsen. “Probably the gayest night of anybody’s life,” Betty says. “There are posters all over D.C. right now that say ‘Make America Slay Again,’ and it has Betty Who and Carly Rae Jepsen and a rainbow flag,” and what’s gayer than that?

OK, possibly the year 2013, when Betty’s breakout bop “Somebody Loves You” soundtracked a viral same-sex proposal video in a Home Depot. Or her on-brand involvement in the second season of Netflix’s “Queer Eye”, singing the series’ theme song, “All Things,” and strutting a catwalk with the Fab Five in the accompanying video.

Just before the release of her new EP on AWAL Recordings, “Betty Pt. 1”, Betty talks about how she wouldn’t have a career without the LGBTQ community and why she left RCA Records (not because of Justin Timberlake, “exactly”).

What was it like to be in the presence of the Fab Five and Antoni’s crop top for the theme-song video?

Obviously, Antoni is, like, the most handsome and I got to watch him do (the video in) slo-mo with the hair dryer, so I was like, “This is a once in a lifetime opportunity. I am in the presence of this and I know that a million people would literally murder me to be where I am right now. I literally sang for President Obama and that was the coolest thing I’ve ever done, but I still feel more people are jealous of what’s happening to me right now.”

Did you tap into any of the guys’ expertise?

Honestly, I’m so obsessed with Tan (France) and his vibe and his styling choices. I really love what he does for all the boys. But on the shoot he was wearing this white corset that the stylist had actually culled for me and he went into the wardrobe department and he was like, “Wait, I want that.” And he stole my corset. So, it’s obvious to me that we have similar style, if you’re wearing my clothes.

Was becoming the gay queen that you’ve become on your to-do list?

Oh my gosh, absolutely not. I’m so happy to be! It’s such an honor. But no, it was not intentional by any means. I still am so shocked by it all the time. I do kind of feel sheltered and protected by them; I feel quite like they’re an overprotective dad, that’s how the gay community has been with me. And I truly do believe that I would not have a career had it not been for my LGBTQ fans. They’re my people. I feel like my tribe has always been filled with LGBTQ people in my life, separate from my career. So my career, to sort of take shape the way that it has, feels like it’s really kind of aligned with who I am as a person.

It’s just a big extension of your personal life.

Totally. Which is what you want it to be when you’re an artist. I meet fans all the time and I’m like, “Oh my god, we could be friends!”

Are you happy where you’re at, success-wise?

I hope that nobody ever is, because I want so much. I’m very forward-thinking, and I think that can be a good thing and a bad thing because you sort of sometimes get swept up in where you want to go and don’t get to really appreciate where you are. In the last six to eight months, my journey has shifted course a little bit and I feel like I’m in a really great place emotionally and mentally around my career for the first time in a long time. Now, I feel really at ease in the place that I am.

What was making you feel uneasy?

Long story short: I think that anybody who is in a not completely healthy working relationship with someone who is supposed to be their partner is challenging. It takes a toll on you. Leaving and becoming the creator of my own destiny and making all of these decisions by myself has put me in a position where I’m so much more tuned into myself. All I’ve ever wanted is to be able to be myself and not have to fight for that, not have to convince anybody that what I’m doing is right, so to have people before the music comes out distilling all of this fear and doubt into you makes it so much more challenging. I want people who are on my team. I want them to be on my side.

It was so much about the timeline. When you’re signed to a major label, no matter who you are, it’s, “Well, we can’t put this out that day because Justin Timberlake has an album coming out that day.” I don’t want to have to compete with people who I don’t even know. If your job is to take care of me, you should be taking care of (me). You should be doing what’s right for my project. And waiting two years to put an album out was not right for my project.

What project did we have to wait on?

“The Valley”. I wanted to put “The Valley” out a year after the first record came out, and my first album came out in October 2014 and “The Valley” came out in the spring of 2017. That was a long time for me. “Too” long. And it was really difficult for me to sit and wait because you can’t tour, you can’t do anything if you don’t put new music out. I felt quite isolated, and all I wanted to do was share. All I wanted to do was be myself and share myself and make more music and continue to do what I love to do.

What’s the best part of being a free agent now?

There are lots of good things! (Laughs) Being able to record a song and go, “Cool, I want to put it out in three months, I can do that!” That’s totally foreign to me, so that’s really exciting. Not having to fight for my case, or sort of go through a hundred people to try to get stuff approved. That’s so refreshing.

And if you want, you can even release an album on the same day as Justin Timberlake.

Exactly. By the way, who I love. That was an example; I didn’t even try to put out a record that day. But there are so many people on any major label and not enough people to work that project. There are 200 artists and 50 people working – like, how can you possibly take care of everybody? So: no tea, no shade.

How has your artistic freedom influenced the way you approached the music on “Betty Pt. 1”?

If I had written “Taste” and wanted to put it on an album a year and a half ago, I would’ve got, “I don’t know how this fits in with everything. It’s really different for me, and I don’t know how to do different.” I was always encouraged to do what everybody thought was best for me, not sort of expand too much outside of that. Now, I’m putting music out at my own free will and with my own inspiration and vision. With “Taste,” I go, “This is really different, and that’s exactly why I want to put it out.” A song like “Friend Like Me”: I had been writing singer-songwriter songs for the last 13 years of my life – I started writing songs when I was 14 – and that was where I learned to write, on a guitar.

I was writing really intimate, sad, quiet songs. “Silas,” I think, is the closest thing that I’ve done that feels like that, which is on my second EP. It wasn’t even on an album because everybody goes, “But you know, you’re not a singer-songwriter.” But I am. That’s exactly who I am. It’s who I’ve always been. And just because I’m a singer-songwriter does not negate the fact that I also want to make pop music and dance on stage. I’m an artist, and I wanted to have more of an emotional range. Just because I can do one, doesn’t mean I can’t do the other.