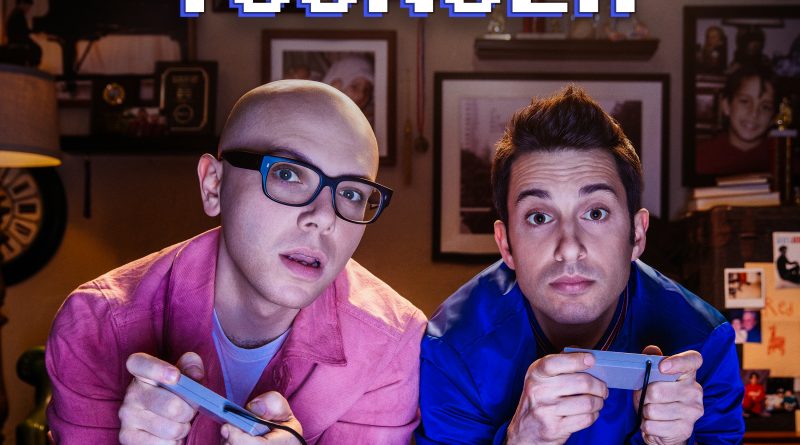 Duo’s Chad King on pressure to live up to ‘Say Something,’ forthcoming album (their ‘arrival moment’) and being gay in music today

While you were crying, out musician Chad King and his friend Ian Axel were figuring out their next move. Could A Great Big World, as they’re collectively known, strike twice with another colossal Christina Aguilera-assisted tearjerker?

Peaking at No. 4 on the Billboard Hot 100 and winning them a Grammy for Best Pop Duo/Group Performance, even they knew another “Say Something,” which featured Aguilera’s harmonious flutters, was likely inimitable. Still, the crushing ballad gave considerable clout to the two albums that followed it: their 2014 debut _Is There Anybody Out There?_ and its 2015 followup, _When the Morning Comes_.

With a third on the way, and its lead bop, “Younger,” out now, we caught up with King to discuss writing about dressing in his mom’s clothes as a kid, finding their true selves, and how _Paris Is Burning_ inspired a musical moment.

On “Younger,” you revel in the nostalgia of playing with Barbies and giving fashion shows. What were these fashions like? Did you strut?

Yeah, I remember going through my mom’s closet with my younger brother and putting on her heels, putting on her dresses, and stuffing the dress with padding to make it look like we had boobs. Then, as a whole family, we’d sit down on the living room couch and me and my brother would come out and just work it. And they’d all cheer for us. I never thought I would be singing about that, but I’m glad it made its way into the music.

How did the song come about?

“Younger” was actually the first song we wrote for this album, and it morphed into this tune where it’s like, let’s tap into our childhood: what we remember, why we were so happy then, and what was so exciting and freeing and liberating about being that kid. Playing house with my neighbor down the street, I just remember playing with her Barbies and feeling like no one was going to come and hurt me. I was so safe to be and act however I wanted to act, and there was just something so freeing about that moment.

After two albums, why self-title this one?

_Is There Anybody Out There?_ was sort of a collection of songs that me and Ian had written over the first five years of us being friends. And one of those songs was “Say Something,” and “Say Something” had the life that it had and all of a sudden we found ourselves in this pop world. We also found ourselves feeling a bit of pressure to stay in that world, and that’s when the second album came out. Then the second record did what it did, or didn’t do.

And then it came time for the third album. We were like, let’s go back to writing for ourselves again. We took six months to write this album, and we are so proud of these songs. _Most_ proud of these songs. We all feel this is the most true to who we are, and that our sound or music has ever been, so it made sense that it would be a self-titled record to us. It was like, “OK, _this_ is A Great Big World.” It feels like an arrival moment.

Even though “Say Something” was a mega-pop hit, the first album it appeared on was rooted in a musical-theater sound. Have you worked your fondness for theater into the fold for this album?

Yeah, absolutely. “Younger” is a really good example. It’s so theatrical, narratively. I feel like we write really well to a narrative or in that context of storytelling. We have a song called “When I Am King” that is also super theatrical and super Queen-like that I’m really excited about. This record has theatricality all over it.

And how did the iconic queer film _Paris Is Burning_ become the inspiration for “Hooray for You”?

I showed everyone the clip of Dorian Corey at the very end of _Paris Is Burning_ having that sort of moment in front of the mirror where she’s applying her makeup and saying, “You don’t have to bend the whole word. I think it’s better to just enjoy it.” And at the end she goes, “If you shoot an arrow and it goes real high, hooray for you.” And we did something really special with that moment: We took a sample of that moment and made it into a track of its own that I’m really excited for people to hear. It’s exciting to have this on a record. Like, this will live forever. Also to push _Paris Is Burning_, because that movie is iconic and brilliant, and I only just found out about it last year. I really didn’t get into it until last year, so I’m so thankful that we were able to make that a part of this record.

I imagine after “Say Something” the pressure to top yourselves or reach that same level again was immense.

In the moment, we would never say there’s pressure. I’d be like, “No, we’re just writing!” I’d probably say that. “Yeah, we love writing!” But looking back and reflecting on how we wrote with all sorts of pop writers and got into the room with all kinds of pop producers, it’s very clear we were going through the motions of creating something under this pressure. Even if it was subconscious, there was this pressure, for sure. That song feels like an anomaly. It feels like a monster. It feels like something that happens once in a lifetime. So, to follow that up is – yeah, there’s a ton of pressure.

Did you have people around you asking you to recapture that magic?

Yeah, we had a couple moments where people were like, “We want you to write ‘Say Something’ for us.” So we had to go through the motions of writing another song like “Say Something.” There’s actually one song that we have – oh, I don’t know if it’s official. I can’t tell you. But we have a song that looks like it’s gonna be making another artist’s record and their original briefing to us was, “We love the emotion behind ‘Say Something.’ Can you give us a song like this?” So, me and Ian tapped into that, and it looks like we’ll be getting the song on his record. But I think “Say Something” came from such an emotionally charged place that it’s hard to recreate if you’re not experiencing that in the moment.

You wrote a great essay for Out Magazine about being a gay man with multiple sclerosis. As a gay man with MS, do you hear from other gay people with MS who can relate?

At the time, I remember people coming to me and saying like, “I had this trauma around my MS,” and sort of validating my theory: this mind-body connection, and that there is nothing separate about it, and the fact that I came out and two weeks later I was diagnosed with MS is not a coincidence. I have no doubt that that is _not_ a coincidence.

I don’t feel like I am MS. I feel like, yeah, I was diagnosed with that, but to me, my body was reacting to its environment in certain ways and I just need to be aware and conscious, and be really careful of what I put in my body and how I treat my body in general. When I started paying attention to the effect of my environment inside and out, that’s when I started seeing real change. But it just didn’t feel random to me. It felt like, “What the hell is going on with my body and why would it be going through this right now?” And so my sexuality was tied in completely to that and that was so monumental of a discovery for me.

Actually, I’m a little jealous of anyone just now entering this music scene because it’s like being gay today versus being gay 20 years ago. It’s just not the same thing. It’s just not. And it’s so awesome that kids have nothing to fear when they’re singing about who they love – and it could be a guy and a guy, or a girl and a girl, and it works and everyone accepts it and it’s beautiful. I think the landscape is going to change even more so in the next year. I went and saw Tyler, the Creator, and this was the first time I ever really listened to his music or listened to the lyrics and I was like, “Whoa, he’s singing about a cute boy and he has all these hardcore rap fans. It was so cool to see.”

I think this is a really beautiful time to be out and an artist and be free with your expression. The fear I had with “Hold Each Other” or with any of our songs talking about a love interest, where I felt like it couldn’t be from the male perspective about another male, that feels like it’s gone now.

So I take it you’ll be writing with male pronouns on this upcoming release?

Yeah, I do on this record coming out. I do it more. And it was freeing and easier, and it was beautiful. So, I’m really excited for people to get even more gay music from us. (Laughs)