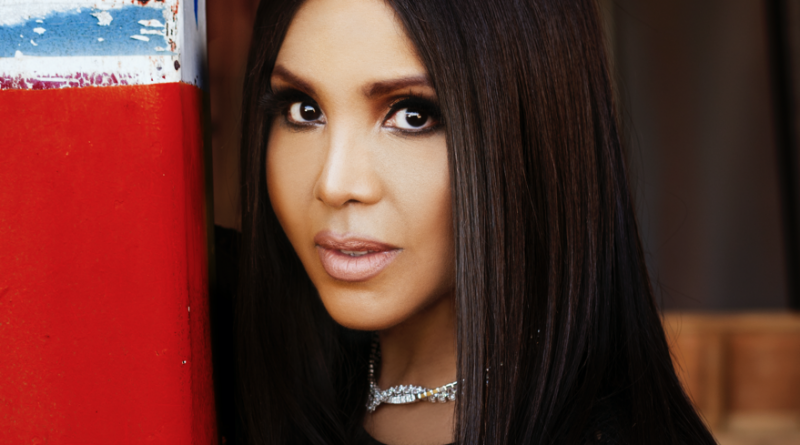 Songstress talks 25-year-old debut, the diva duets that could’ve been, and her ‘puff-puff-pass’ stipulation

When you have seven Grammys and an iconic voice that can drop to ocean depths, it’s your God-given right to also have a no-wings-in-my-dressing-room policy. This is Toni Braxton in 2018, still decrying the existence of pungent food in her midst before a concert. But sex? Cigars? Alkaline water? Unbreak Ms. Braxton’s heart with any of the above.

While talking about her first solo album in eight years, _Sex & Cigarettes_, the 50-year-old R&B diva was in tell-all mode when discussing her appreciation for the current generation’s outspoken female artists, the Mariah and Janet duets that could’ve been (thanks a lot, bankruptcy and babies), and her secret – hint: nose job – to hitting those famous notes.

Thank you. I feel good about it. You know, I was hungry while I was doing that. That was a little hard. But I love the album cover. I thought (photographer and director) Randee St Nicholas’s choice of lighting was really superb.

How would you describe your mood there?

It’s self-explanatory with that title: I’m feeling like sex and cigarettes. I feel sexy, like I need a puff afterwards.

I smoke cigars once or twice a year. Every year for my birthday I do, and sometimes around the holiday. It’s not my friend to smoke, with lupus and all, but you have to have a vice or two. A nice stogie, something I can chew. Something really hardy.

You’re known to have a deep voice, so a few puffs can’t hurt.

My voice is naturally smoky, but when I do the cigars, it’s for my birthday and I try not to work on my birthday. Even if I do, after my show I do a little puff-puff. Not a puff-puff-pass.

Some of your social commentators aren’t keen on what you’re wearing. One person wrote, “We as older women have to set an example for younger women.”

Oh, that’s cute. It doesn’t really bother me. I think if you look good, you can wear it. Any age. For me, personally, I don’t wear midriffs. I think I’m too old to wear midriffs. Each his own. It’s just me, my body shape, I’m sure. But I work hard on my body, not just because I’m older, just because I like to be in great health. And it’s OK for people to have their opinion. I have my opinion too on things that I probably shouldn’t. I would never post it.

Can you talk about the pressure on you and other women to dress and look a certain way, and has those industry expectations changed with age?

Gosh, you know, I feel forever 25. It’s kind of weird. Parts of me are 25, probably (laughs). I feel good about myself. In this industry, I would be disappointed if women said that. I mean, guys don’t know, but women – we should embrace each other. I look at Madonna. She’s still doing it and Madonna’s almost 60. Who cares. Or look at me, Janet or Halle Berry. We’re all in the same group. So, I think it’s all about how you feel about yourself, but I like that they’re talking and saying that. I like that now people look younger than their age. I think that people really see people and are thinking age less and aren’t thinking numbers. Numbers, to me, just determine how long you’ve been on the Earth. But I’m OK with it. The women’s movement to me is great. I’m excited about that part.

I’m really excited about that because my generation in the ’90s, when I peaked, when my career was at its highest, we were taught to be a little aloof. You had to be mysterious. The younger generation, which I love, they’re my favorite because they speak as loud as they want. They’re like, “We will not be missed.” Rihanna, she’s my favorite. I just love that about the new generation. It’s just nice to live your life out loud.

How are the #MeToo stories resonating with you?

I think it’s good, I think it’s about time. It not only affects women, though. I mean, I’m glad about it for women, but I’ve heard guys who’ve been in situations where they can say “me too,” but guys feel like they can’t say it. I like that people are being able to speak out about things that have happened to them, like, “We’re not having it anymore.” But as a woman, I’m proud of my species.

Do you have a #MeToo story?

Going back to the elusiveness of ’90s artists: Did that stop you from being yourself?

Early on I was allowed to be myself and express myself through fashion. I always kind of pushed the envelope on my sexuality. I think it’s definitely different rules for women compared to rules for guys. And we had to ride the wave a little bit, the women of our generation, and if we said anything, we were being a bitch. Of course now it’s just a term of endearment: “That bitch is hot.” And even now the word “diva” is coming back in style, and it’s OK to be a diva. It’s a great moment to be a girl.

Are you a diva?

Oh, all of us are sometimes, absolutely.

What are you most diva-ish about?

I am very, very particular about my stage when I go on stage. I don’t like having to adjust my mic when I first start performing. I think it’s tacky. Instead of starting off singing, you gotta adjust your mic because they think you’re 5’6” and I’m 5’1” and three-fourths. You would think my people would know that but sometimes they forget.

That doesn’t seem like too much to ask for. Not like you’re requesting a specific brand of water.

Well, I’m particular about that too sometimes. As long as it’s alkaline high, but I think the world is about that water now. But they know that, so they get it. I don’t really have this big rider. I don’t have anything like that. But I don’t like food in my room. Do not have food in my room! I do not want to go on stage smelling like food.

Some people have food, like wings; they want food before they perform because some artists have different requirements when they perform. For me, I never eat before I have a show. And if I’m hoarse and I have a lot of phlegm on my throat, I’m gonna eat an apple. So, I have fruit in my room. I may want an apple to get the phlegm off. If I am hoarse or it’s tight and there’s nothing on my throat, I might want some tea with a lot of honey. I don’t want the lemon.

About _Sex & Cigarettes_: I understand a lot of people have different takes on the title of your song “Deadwood,” and are asking you, “Toni, why is the wood dead?” Why do I have a hunch these people might be your gay friends?

They were asking me that! But it’s just an appropriate title! I know what deadwood is; I lived in Maryland. And being in the suburbs, as kids, you would see the wood and kick it. “Don’t bring that deadwood in the house.” So, for me, it makes sense and it’s something you just disregard and throw away. You didn’t care about it. But a lot of people _were_ asking me, “Why the wood dead?” And I guess they got a point.

You told me once that your gay boys make you a better girl.

The cover of your debut album, with your short hair, denim and that leather jacket, wasn’t exactly your most femme moment.

That is true. That’s kind of the ’90s when it was still coming off the ’80s. It was a bit more pookie then.

Do you have a gay posse you have to consult before you release new music?

It’s more so about my look. My boys usually get my look together for me. And I have height envy, and I like a particular type of shoe so I can be taller. They’ll go, “We have to find something that will give you height because those platforms are out. Stop wearing those.” But I wanna be 5’6”. I try to keep it taller just to keep me current. But: “You gotta be ahead of the season, Toni. You can’t do that. We should do this look. OK, we’ll let you do that little thing because that’s kind of indicative of who you are as an artist, so we’ll give you that one dated thing.” They keep me up with the times.

What was the last really dated thing you couldn’t live without?

This year commemorates your 25th year in the music business, as your self-titled debut album was released in 1993. I was a little gay boy when I bought it on cassette tape.

You did not say cassette tape. That’s taking me back.

What don’t people know about the making of your debut?

Well, it was just before I got my nose job. Might be too much information, but yeah. We didn’t finish the album, so I was singing with a fresh nose job, which is virtually impossible because it hurt so bad – you can’t really move it. Well, I don’t know how they do nose jobs now. I think they do it from the inside – well, that was from the inside too, but you had to wear this little thing on it and after they took it off, it was so sore. You can’t hardly move under your nose and in between your lips, and I remember it was really difficult to sing.

Did it become easier to the high notes or the low notes after the nose job?

The higher notes got easier. I mean, I had rhino surgery, but I also had sinus surgery – I mean, everybody says that, but it’s really true. But I had a nose job. Mine was a _nose job_. But I lucked out and my doctor fixed my sinuses as well. I didn’t go in there for my sinuses and they fixed my nose – no. I went in to get my nose fixed and in the interim they fixed my sinuses. So, I’m telling the truth, truth: I went in for a nose job. OK, pumpkin?

The jeans (on the cover) were really too big for me and they were pretty much cabled in the back. That was a true story. So many little tidbits I could tell.

Why did we get a Whitney and Mariah duet and never a Mariah and Toni duet?

You know, Mariah had reached out to me about doing a duet, but unfortunately, it was just before I knew the bankruptcy was gonna happen (Braxton filed for bankruptcy in 1998 and 2010), but no one in the world knew. So when she asked me about doing a song together, immediately I wanted to say yes, but I couldn’t because what was about to unfold.

Why aren’t you calling her right now?

I’m gonna have to do that. There was talk about of me and Janet doing a song together on this particular project, but she was pregnant. But my people had talked about it: “Perhaps you and Jan should do a song together.” But, hey, maybe me and Mariah. We were neighbors for a second, so I probably should’ve reached out to her then, but it’s never too late. You’re actually gonna spark me to maybe talk to her about doing a remix or something. That’s actually a really good idea.

What advice would “Sex & Cigarettes” Toni have for the Toni of 25 years ago?

“Sex and Cigarettes” Toni would tell the Toni of 25 years ago to have more sex and smoke more cigars and have fun. And don’t be afraid to be a bitch.