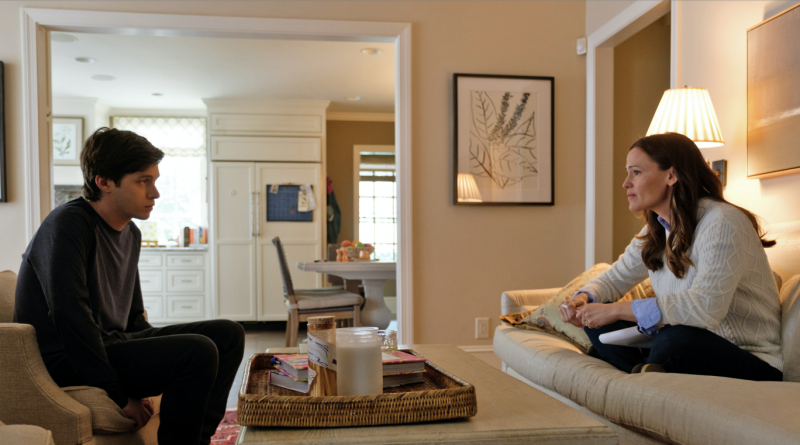 The actress-ally talks mother of all mom speeches in _Love, Simon_, gay roots and discovering that ‘women are softer’

Mothers of gay sons, Jennifer Garner is here to be your guide.

As Emily Spier, whose 17-year-old, Simon (Nick Robinson), has recently come out to her and her husband (Josh Duhamel), the actress is a ray of light and love in every frame she shares with her distressed gay son in 20th Century Fox’s gay-led teen love dramedy _Love, Simon_.

But the warmest: When Garner consoles Simon with teary eyes and the kind of eloquent post-coming out speech every gay kid’s mother wishes she had stored in her front pocket – and every queer kid hopes to hear. “These last few years, it’s almost like I could feel you holding your breath,” she tells her son. “You get to exhale now, Simon. You get to be more you than you’ve been in a very long time.”

Easing Simon’s worries with a comforting remedy of maternal support, validation and healing, she is Simon’s rock. But for every queer person whose heart Garner will touch, it’s because they also know her delicately chosen words are meant for _every_ Simon.

And who better to give the film’s bolstering mom hug than the universally adored and real-life mother-of-three?
The ever-affable Garner has portrayed wigged shero Sydney Bristow on TV’s female-led espionage series _Alias_, which ran from 2001-2006 on ABC; an HIV doctor at the height of the AIDS epidemic in _Dallas Buyers Club_, director Jean-Marc Vallée’s 2013 three-time Oscar winner; and Marvel’s eponymous girl-kissing anti-heroine in 2005’s _Elektra_. Point being: Garner was already well on her way to achieving PFLAG-ish Dream Movie Mom status in a queer-centered film, one she’s undoubtedly proud of. “Thanks for hunting me down and insisting on an interview, because I’m so happy I’ve spoken to you,” Garner tells me.

During our exclusive one-on-one, Garner, 45, spoke about why she cried when she first read the _Love, Simon_ script, the lesbian role her hair was too long for, being beautified by a drag queen as a kid and supporting a gay ex.

You’re so wonderful as a gay son’s loving mother it’s hard to believe you hadn’t played this role before. I have a feeling you’re gonna know a lot more gay people after this movie. The floodgates are open.

I know plenty now! That’s why I wanted to make the movie!

Yeah, of course. It was such a small role and so hard to leave town (the film was shot outside of Garner’s hometown, in Atlanta), and you’re always juggling so many things. But I love (out director) Greg Berlanti and I loved the project, and he just said the things this mother says would have been really helpful to hear as a kid and this movie would’ve been really helpful for him, and I said, “OK, I’m doing it.”

This could really change the way parents talk to their kids, too, about sexuality and coming out. What do you hope is the message to gay kids and their parents?

What I loved about the role is that Greg just wrote me the fantasy version of what a mom would have the wherewithal to say, and it’s a template. I just wanted the words to come out of my mouth selfishly. I just wanted to be a beacon for moms who are confused, or for kids who want to help their moms through something, or for kids who are looking for what they are hoping to get back from their parents when they have that conversation with them.

What does it mean to you to be a part of the first mainstream gay-led teen romance?

It is so important to just be a part of it. I think I ultimately would’ve gone down and worked on wardrobe or craft service if that’s what it had meant. I loved that the film just normalizes this young man’s experience, and that it’s not sensationalized at all, it’s not caricatured at all. It is as delightful one way as it would be if it were two women, if it were a man and a woman. It’s just about entertaining the audience, and this is a happenstance of it, which is how the real world is.

And finally we’re seeing that reflected in Hollywood.

Finally, _finally_. And look, romantic comedies are not even being made anymore by studios, so the fact that Fox 2000 took this chance on us and gave us this platform and this opportunity and a real budget and a place and a solid cast to go down to make this film was really a big deal, and thrilling.

The sit-down scene in which you tell Simon he can be more him than he’s ever been: Tell me about the first time you read that and what it made you feel.

I cried. I thought about a friend of mine who had come out to me when we were young. I just thought about that moment, and that I hope I had a tiny ounce of wisdom then.

How did you react to your gay friend coming out to you at the time?

Honestly, it was so long ago I don’t remember, but I certainly wasn’t surprised, and I am sure I was just honored and thrilled that he felt like he could talk to me about it. And that is one of the things that I hope kids take away from this movie: don’t let yourself be so isolated with whatever it is you’re scared about. Find some way to reach out, whether it’s to somebody online, whether it’s one friend you feel like you can trust; hopefully it’ll be your parents and you can lean on them.

Are these messages that you’ve been instilling in your own children?

At this point my kids are young enough that I’m just trying to show them by modeling it for them and keeping open lines of communication. As far as my kids growing up in a world that is different from the way that the generation above them has grown up – my kids are growing up saying, “I don’t know if I’ll someday marry a man, a woman. I don’t know.” Everything is open, especially … I don’t know, I don’t think just especially in LA. I think that we’re just looking at it differently than the world used to. The kind of gender normative thing is not celebrated and expected in the way that it used to be.

If you were to have played a gay teen like Simon, who would you have wanted to be your movie mom?

Annette Bening. I’d just love to work with her all the time. I don’t care in what capacity. She could play my girlfriend, she could play my mom, she could play my daughter, whatever. We actually got to work on a little movie called _Danny Collins_ (in 2015), but I know Julianne Moore got to be her girlfriend (in _The Kids Are All Right_). I was totally jealous. But they were great together.

What is the closest you’ve gotten to playing a lesbian role?

For some young gay people, you may have been their introduction to same-sex kisses when you got one from actress Natassia Malthe in _Elektra_. It was nominated for Best Kiss at the MTV Movie Awards in 2005, the year _The Notebook_ won. How do you reflect on that scene?

It was a great kiss. I was like, “Oh, I get it. Women _are_ softer. No wonder women kiss women.” But she also, at the time, had bronchitis, and I remember I was in the middle of a really intense production cycle. So that’s my personal memory of it. Besides that, it was very fun and every man from the studio who I’d never met or heard from or seen before showed up on set to watch that day.

Even the gay men?

Yeah. The gay men, the straight men – they just all suddenly were like, “Yeah, we just came for a set visit in the middle of nowhere, in British Columbia.” (Laughs)

Are you aware of the devoted LGBTQ following _Alias_ had?

You portrayed an HIV doctor in _Dallas Buyers Club_, alongside Matthew McConaughey and Jared Leto, who played an HIV-positive trans woman. What about that movie spoke to you?

We didn’t even know that it was actually gonna get made. It was such a tiny little movie, and once we finished it we didn’t know that anyone would actually see it. It’s so crazy. But I loved how much respect there was in the film for the gay community and for the men going through it  (the HIV/AIDS epidemic at the time), but what was shocking for me in just doing the research was how HIV-positive patients were treated when it all started happening. Nobody knew what to expect, nobody knew how it was passed back and forth, and it was just such a horrible kind of dirge.

Growing up in a conservative home in Charleston, West Virginia, what was your introduction to the gay community?

My parents were conservative in that they didn’t curse, they didn’t drink. We weren’t allowed to pierce our ears, we weren’t allowed to wear makeup, but they had zero judgment on the way anyone lived their lives. I did not grow up in a house that had an ounce of judgment about other people. There was a gay minister at my family’s church, which in West Virginia, looking back, I think, “Oh!”

And I grew up in this community theater world and Miss Gay World Ted Brightwell (a West Virginia drag queen whose stage name is Viki Williams) did my hair for every event. He would get me ready to go on stage with my community theater – and then he would redo my hair into an updo for prom later that night! (Laughs) My best friends were a gay couple; actually, there were three guys who were roommates and I was in high school and I would go and hang out with these guys when I was a peanut. So, it was always totally normal and my mom wasn’t saying, “Oh, don’t do that.” She trusted them. She knew that they would be just careful with me in the way an adult should be with a child, and they were my closest friends growing up.

How did your relationship with those gay men influence you?

It influenced me in that it wasn’t a thing. It’s just never been a thing, as it should be. It didn’t turn me into some kind of activist, it didn’t light some kind of fire. It was just, this is how it should be, and what can I do to contribute to this being normal for everyone in the world and not just for little girls who grow up in ballet and theater?

In _Love, Simon_, Simon’s best friend, Leah (Katherine Langford), has a crush on him. Have you ever dated a gay man before?

Yes. Not one of those guys, no; they were much older than I was. I don’t know: Did I ever date him or did I just have a crush on him? But yes, at some point when I was young.

How did you react when he came out to you?