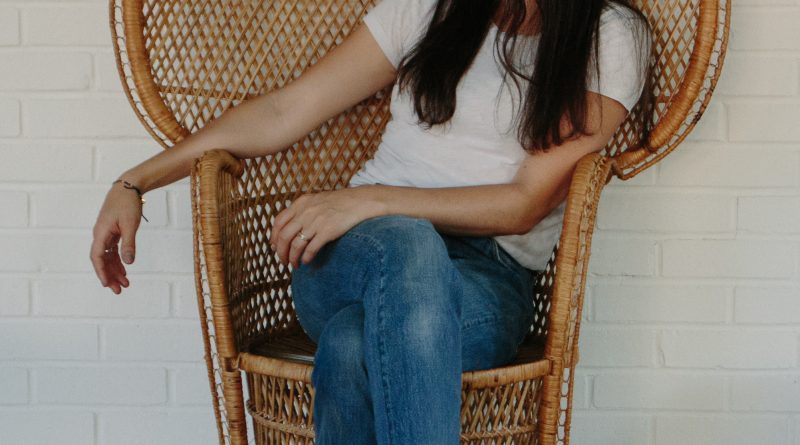 Vanessa Carlton can’t say she’s “good,” even though, initially, she does. The singer-songwriter is going through the motions, as you do, replying to the usual “How are you?” conversation starter, and she knows it.

So, she backpedals: “Actually, I’m not great.” Despite a healthy daughter and dog, and the fact that she can confirm her husband (John McCauley of the band Deer Tick) was “alive” on a plane at the time of our interview, Carlton is, like any anti-Trumpist, on edge.

“It’s really scary,” says the 36-year-old, who’s established herself beyond pop’s limitations after her Grammy-nominated hit “A Thousand Miles” made her a household name in 2002. “If the administration tries to take away the right to adopt and same-sex marriages – if I could lose my mind any more, I will. I can’t even fathom… at this point, we’re talking about civil rights of Americans, and LGBTQ  is a community and that is real.”

For Carlton, the threat hits close to home: In 2010, she told the audience at Nashville Pride that she’s a “proud bisexual.” Now, like the rest of us, she’s grappling with the distressing reality that “the most fundamental human rights in this country are at risk,” she says.

Carlton’s allegiance to the LGBT community first blossomed when she was an aspiring dancer at just 13 years old, after moving to New York City and immersing herself in queer circles.

“I don’t look at the community as separate from my life,” she says. “I was never able to differentiate it because I was just always in it. My adolescence was in that community, so I never really looked at it as some kind of specialty community or ‘other.’”

Even though she describes herself as “private… but not weirdly private,” when Carlton played Nashville Pride – her first pride festival – a couple of young women in the audience compelled the singer to come out publicly. Her reason for taking that leap was simple: She imagined them being shunned by their parents for being gay.

“I just wanted to connect with them,” she recalls.

Carlton continues to reach out to fans on social media, posting about her current tour in support of what’s arguably her best album to date, Liberman, but also the Trump administration’s constant barrage of bad decisions, including the recently court-overruled immigration ban.

Again, it’s personal: “I have family that live in the Middle East, and when I’m seeing stories of these families being divided and the children being detained for five hours in the airport because it’s something our president did – that is when I will highlight and communicate to strangers about how I feel.”

Because “every day or every week there’s a new threat to something,” Carlton hasn’t been as out as she thinks people should be right now, she realizes during our conversation.

“I haven’t highlighted that fact about myself,” she admits, pointing to her lack of outness on her social media. “Every American that believes in rights for all, they should be out – and not just out supporting, but sharing, ‘This is who I am.’”

Traces of the singer are woven into the ethereal fabric of 2015’s Liberman, Carlton’s fifth studio album titled after an oil painting her grandfather made. Last year, the album was released as a live set, recorded in Nashville’s 3rd & Lindsley. Liberman isn’t just the most cohesive collection in her repertoire, dating back to 2002’s breakout LP Be Not Nobody, it’s a major sonic shift from “A Thousand Miles.” Her breakthrough piano ditty left such an indelible mark on her career that Carlton’s publicist asks journalists to limit their questions regarding the song to one.

“I will tell you, I play it first at my shows,” she says, noting that her core fanbase now comes to hear songs from 2011’s Rabbits on the Run and Liberman. “And then there’s always the people who go, ‘Oh my god! It’s Vanessa Carlton! We’ve gotta go see her!’ They don’t know the other stuff, and I’m like their ‘Get Drunk With It On YouTube Girl’ and they just want to relive that moment, but it’s not that kind of show, really. It’s a moodier show. So, I open with that song, and if they’re wanting to stay for the rest of the set, then great; if not, then they got what they wanted.”

Though “A Thousand Miles” has followed the musician around since the beginning of her professional career, Carlton admits it’s afforded her, both financially and otherwise, the ability to pursue more personally fulfilling ventures. After signing to A&M Records, a now-defunct Universal subsidiary, it became apparent to the singer that, “I wasn’t interested in being a pop star.”

Fifteen years after launching her major-label career, that evolution fully materializes on Liberman, which, from the celestial murmur “Take It Easy” through its dreamlike finish, was “made to be that soothing, cool feeling on the brain.” On the road, while supporting Liberman as well as her recent release, Earlier Things Live, a six-song collection of early-career staples like 2004’s “White Houses,” she hopes to nurture more Pride-type connections – sans politics, though.

“It’s just about human beings and dissection of emotions of humans and connection and fear and beauty,” she says. “If I can highlight that in a time like this – I guess this tour is a good time to play this record.”

Her mood, about human rights and even her purpose these days as a musician, strikes the same general chord as the world at large: uncertainty. Her blood pressure rises just talking about President Trump and how his administration could strip her friends and family of their inalienable rights, so when asked to shift topics – from politics to music – she happily obliges with a “no, please!”

But there’s hope yet, and it’s the music, a glorious escape. “It really calms me down playing it,” she says of Liberman.

The truth is, though: It’s as much a refuge for her as it is for us.