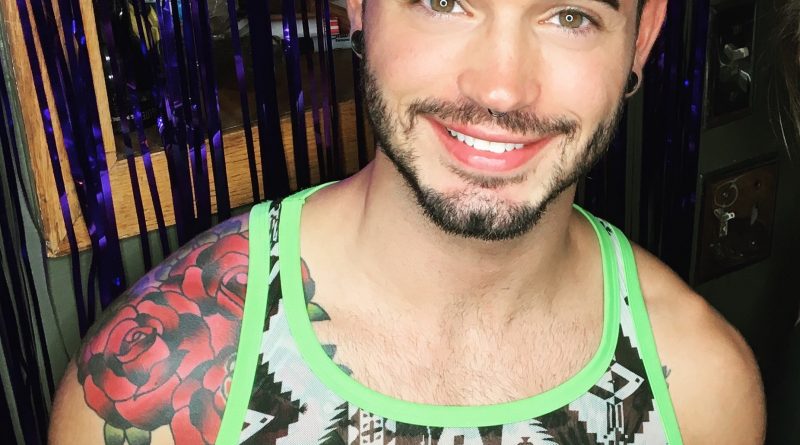 Sean Sullivan came into 2016 as one of only 50 people honored by the SF Super Bowl Committee as a Playmaker. In the spring, Richard Fuentes was named one of the Bay Area’s “40 under 40” by the SF Business Times and then together in the summer they exploded in the Bay Area scene with The Port Bar, a new LGBT bar hosting Castro style events with an Oakland twist! While the large Go-Go studded posters in the window show you it’s a gay bar, the programming is unique and the crowds very, very Oakland – meaning diverse, eclectic and fun. Celebrating their first 6 months of operation, the dynamic duo are only getting started in redefining LGBT nightlife on both sides of the bay.

With strong roots in the Bay Area since young adulthood, Chris is by no means new to the San Francisco LGBTQ scene. In 2016 he celebrated his first year as a married man, entered his ninth year at the helm of the Castro’s Lookout (currently in the running for Best SF Gay Bar at the Nitey’s Awards – an award Lookout has won more than any other venue in the city), and among many other accomplishments opened three new businesses; WesBurger N’ More, The Den, and he was part of the team that opened Finn Town.

In 2017 you can expect to see more entrepreneurial ventures from Chris. “There is a strong chance of me helping to open another concept and more WesBurger locations… as I see the city I love change around me I am more motivated than ever to dig my heels in and work to see it thrive, making sure the things that attracted me to it in the first place, the things I still love about it, are maintained for years to come,” said Hastings.

In addition to his business savvy, Chris works closely with the Santa Skivies Run that has now raised over $1 Million for the community, and the I Am Driftwood Project, and other outlets to get to know many of the people who paved the way for us and future generations. “I feel we literally are standing on the shoulders of their sacrifices and achievements. I strongly encourage younger people in our community to make a point to get to know the elder statesmen, our lives wouldn’t be the same without them.”

Carnie Asada is a fixture in the San Francisco drag scene known for her sharp wit, biting humor, sultry fashion, and mastery over mic as an EmCee. She has worked with Daniel Franzese, Bianca Del Rio, Cazwell, Heklina, Peaches Christ, Chad Michaels, Alyssa Ed wards, Jodie Harsh, and many more. You can find her at Beaux every Thursday night for My So Called Night, a 90’s dance/drag party. She also hosts Lips & Lashes Drag Brunch every Saturday at Lookout and #Blessed Comedy Cabaret every Sunday at The Port Bar in Oakland. She also serves as AirBnB’s LBGT experience host for SF newcomers, and she was a main-stage EmCee for San Francisco Pride Festival 2016. In 2016 Carnie became a full-time Drag Artist – a difficult task for some, Carnie is thriving at it.

“The Bay Area historically has been a safe haven for artists. It’s why I moved here 8 years ago. Despite increased rent prices and cost of living, artists are here and making powerful work. The Bay Area LGBTQ community is really about inclusion. The events I produce focus on inclusion… (welcoming everyone) regardless of labels or identity,” said Carnie.

In 2017, “You can expect new events, shows, and a focus on comedy… I also am looking to produce some music in the coming year!”

Mohammad Vahidy has been a staple in SF Gay Nightlife for some years now, but in 2016 he really came to the forefront; gaining residency as a DJ at Ky Martinez’s popular underground House Party at the Powerhouse which donates a generous portion of its proceeds to a different charity each month. He also expanded his charitable work outside of just the LGBTQ community raising $4500 in under seven days and running a half marathon for St. Jude’s Children’s Research Hospital. “I really love the fact that the Bay Area LGBTQ community come out in droves for an event that benefits a charity,” said Mohammad. Now a prominent DJ for many well-known events including Gloss’ own Hot Tea After Pride Party 2017, you can expect to see Mohammad working the decks at venues around the Bay Area this year. “I’m ready to take it to the next level by starting the process of remixing and producing my own music and expanding my horizons by DJing outside of the Bay Area.”

Lady Ryan has been on the scene for more than a minute but it was in 2016 that she started to get the recognition she so rightly deserves. This year she was recognized by the East Bay Express as “Best DJ who dabbles in Every Scene” and it should be noted in every scene on both sides of the bay and now on both coasts. With 2 years of ever popular Soul Lovely parties on Sundays in Oakland, Lady Ryan started establishing east coast residencies. Her following is so strong that a ring of supporters often have to stand around her DJ booth at gigs so well intentioned fans can’t mad love on her while she spins.

Most new artists don’t have Paper Magazine premier their video for their latest song in the same month they are sharing the stage at DNA Lounge with RuPaul’s Drag Race Finalist Adore Delano and Moby at Mezzanine – but most artists aren’t Saturn Rising. The Bay Area native has been rising through the ranks of the Bay Area’s queer indie club scene. Want to know where the party is? Saturn is the emcee. Why are the lines for ‘Swagger Like Us’ so long? Probably because Saturn is performing. Why is the Vogue contest at The Port Bar overcrowded? Saturn is judging. While DNA’s future remains uncertain, 2017 is going to need bigger venues to for Saturn as it is.

In 2016, it was Saturn’s persistency that got his video for ‘Down’ filmed with Raphael Chatelain and the premier that followed. While he could easily make it in New York or Los Angeles – it is San Francisco ‘s “…genuine love and support” he says, that’s keeps him here. “We create a lot of space for each other to be ourselves (in the Bay Area).” In 2017, Saturn will be collaborating with a label in launching his first EP of original Music.

David Bowie & Prince might have passed, but Billy Hernandez is keeping the art of ‘Genderbending’ alive and taking it to another level. Whether hosting a Glamcocks party built around his persona, Go-Going at circuit events like Real Bad XXVIII or spreading herself all over the floor at The Port Bar serving the children their feelings in a post-election drag show, Billy Hernandez, 21, is only whetting Bay Area appetites for what’s in store for 2017. The new year brings Her & Sir Productions with Promoter Thomas Rodriguez (RagerTom) and with killer long lashes, thick mascara and shirt or no shirt Hernandez’ work, he is definitely one to watch.

“What speaks to me the most about the Bay Area LGBTQ community is how differing aesthetics are so widely celebrated and encouraged. Because of the community’s willingness to embrace diversity, I firmly believe it facilitates growth at an accelerated pace,” says Billy, “2017 is going to be EPIC. I’ve teamed up with nightlife personality, Ragertom to present, Her & Sir Productions. We aim to blur every line created within the LGBTQ community through a series of circuit-inspired tea dances, after hours, and live performances.”

If there were an award for cuteness – he’d win it hands down. Kurtis Janitch is a San Francisco transplant who has made a name for himself as a mixologist at Beaux in Castro and Powerhouse in Soma. What about the community speaks to him? “I love the vibe of a small big city. There are so many queer people in San Francisco, and there is still a solid sense of community no matter who you are or where you are in your life.  Also, I love how there’s always something happening! Working in the service industry, it’s so nice to have a fun party going on every night of the week,” said Janitch.

In addition to bartending, Janitch is very dedicated to fitness and living a fit lifestyle. He’s made a rather impressive transformation in just a few years from the thin boy-next-door to the toned man you see today.

In 2017, you can expect to see Kurtis bartending full time at Beaux. “So come see me and say hi, I’m always up for new friends! I’m also planning on getting certified for personal fitness training. Nutrition and health have always been of passion of mine and I’m excited to set foot in that career field. I’d also like to further my involvement in the SF LGBTQ community, strengthen my relationships, and take 2017 head on.”