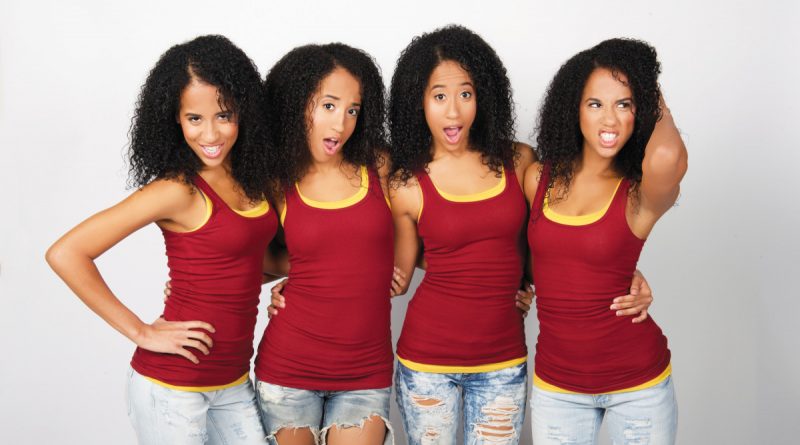 June may have been the month of Sacramento’s official LGBT Pride celebration and parade, but the Labor Day Weekend of September every year marks the city’s largest Pride event, the Rainbow Festival. Held this year on September 4th 12pm-6pm in Midtown Sacramento (20th and K streets), The Rainbow Festival is based on an entertainment-centered lineup including events at local nightclubs, a street fair with multiple stages, internationally recognized headline acts, local and regional talent, as well as guest political speakers, and over 100 informational and vendor booths all in an effort to    raise money for charities that have significant importance to the LGBT community. Hosted by local drag celebrities Mayhem Miller and Miss Ophelia Loins, the 2016 Rainbow Festival Main Stage lineup includes Grammy Nominated Artist Deborah Cox,

Kym Sims jumped on the music scene in a big way 25 years ago as her breakout hit Too Blind To See It by 4-time Grammy nominated producer Steve “Silk” Hurkey hit Top 5 on U.S. and U.K. dance charts in 1991. With 3 other Top 10 dance hits in the 90s, Kym became a vocal force in House music. With almost a two-decade absence from the music charts, Sims is back with new hit song Deep In The City by Frankstar vs. Tom E. TuTone featuring Kym Sims.

BeBe:  I have heard of comebacks but you are doing it big by way of Deep In The City because it continues to hold down the #1 spot on a couple of prominent music industry charts since its release on June 25. This song is authentic to the beginnings of House music when “House was House” as you sing in the song. And, it’s been about 18 years since we have seen your name associated with a song on a major chart.

Kym Sims:  Yes, the zip DJ Dance Club and Dance House charts have had us at #1 for 6 weeks (as of this writing). Tom E. TuTone wrote the song as an homage to all the House music legends out of Chicago where we are from. Frankstar took a track and threw in (my) vocals and the next thing you know we have Deep In The City. It has been great. IT’s nice because I haven’t been really gone, just under the radar. Now to come at this particular time with this song where people are wanting to hear what we used to listen to back in the day. I wasn’t expecting this Diva would be clicking her heels three times.

BeBe:  Tom E. TuTone also pays homage to you because he wrote this song for you. Some of your hit songs have been covered and sampled over and over again. That says a lot about your influence as a vocalist on House music.

Kym Sims:  People have and continue to sample my music trying to put their spin on it, and it has been a great feeling. People like what they like and they are liking Deep In The City right now.

BeBe:  With the song’s popularity you are back out on the stage performing with a performance coming up in Sacramento for their Rainbow Festival this Labor Day Weekend. How has your anticipation with performing there been?

Kym Sims: (I’m) so excited! My son, Ryan Sims, lives in Sacramento and he will be performing with me doing the rap part on Too Blind…, so that is making memories for us as a family. Just to be in front of the LGBTQ community again is wonderful because I was fed by the community in the early 90s and 2000s by their love. They always have me love and still do! Rainbow Festival will be such a wonderful experience.

As FOUREVER1, identical quadruplets Jodi, Catherine, Christina, and Janelle Pyfrom aim to conquer the music charts with All About Tonight, their high-energy pop debut single produced by Pilfinger and Sarah West. Co-written by West with the girls, and executive produced by American Idol judge Randy Jackson, the empowering track by the sister group discovered on YouTube, encourages fans to step out of their comfort zones.

BeBe:  Girl groups, of course, are not unusual in music, but an identical quadruplets girl group is. Do you think people put the quad thing over the talent?

FOUREVER1:  People recognize us being quadruplets first, yes. We’re four identical looking girls, but that’s how they get to know us to then see our talent.

BeBe:  I know when I first saw and heard you, I immediately thought of We Are Family Sister Sledge, also a 4 sisters group. Do you get that comparison?

FOUREVER1:  No, we are more compared to Destiny’s Child.

BeBe:  You ladies were first sought after for a reality show project from videos on your YouTube channel. Are there still reality show aspirations after now putting out your single All About Tonight under the guidance of American Idol judge Randy Jackson?

FOUREVER1:  True, we were contacted by a company in California, and they brought us out to do a reality show. They actually introduced us to Randy Jackson and had us perform in his showcase. We signed with his management company after that. We are working hard on this, so no plans to do a reality show soon.

BeBe:  You four are identical, look and sound alike, but personality wise, are you distinct individuals bringing something completely different to the group?

FOUREVER1:  Christina is the primary songwriter and style conscious fashionista. Janelle is the business-minded one.  Catherine is the video conceptualist and the peacemaker, making sure that the communication and the love are ever-flowing. And Jodi is the stern, no-nonsense one who keeps on point to the finish line.

BeBe:  You all seem to work well together and are somewhat primed to be role models for young women out there.

FOUREVER1:  Oh yes, our parents instilled that in us. We look at ourselves more like a team than a group. We know what our individual parts are to play on the team.

BeBe:  You are coming of a performance in Las Vegas coming into your performance at Sacramento’s Rainbow Festival. How are feeling about performing before a predominantly LGBT community crowd?

FOUREVER1:  We are basically doing this to show people you can love each other with no judgement and no hate, just peace.