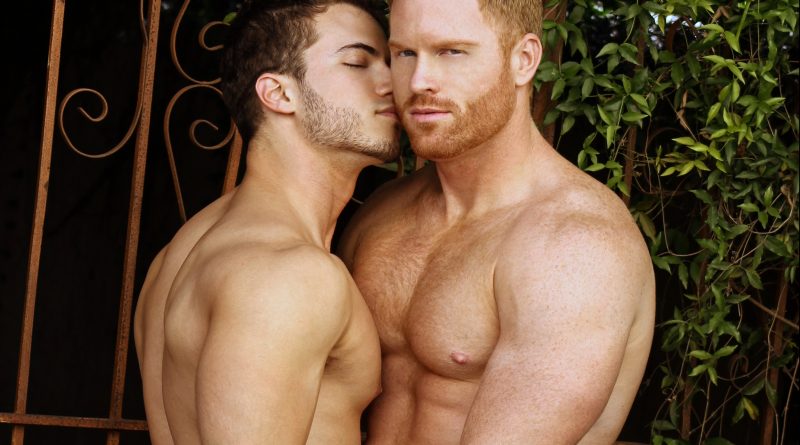 I am no stranger to Boystown, as either the gayborhood in Chicago or the book series title offered by Jake Biondi, but I am definitely more acquainted with the former because of the later. Biondi “treats Chicago like another character” as he has said about the setting of his very popular Boystown book series now in its 5th offering in the series. Labeling each new book, a series and each chapter within each an episode, Boystown reads like a TV soap opera, and so it is no surprise that it appears a Boystown TV series will soon come to life. That’s right, I said come to life, as in all the hunky guys that readers have fantasized between the pages will now materialize in the flesh, even if the flesh and blood is on the other side of a viewing screen, so to speak. You see those gorgeous guys are just as much a part of the success of Boystown as the city district the book draws its name from. I am also not a stranger to Jake Biondi, so after the recent release of Series 5 of the book, I decided to check with the author/screenwriter and see how fans are responding to the resolution of the last cliffhanger and the introduction to a new one, where he is with the development of Boystown the TV series, and how much resemblance the TV cast will have to book’s characters we fantasize about.

BeBe Sweetbriar: You have been a busy man over the past couple of years trying to get your Boystown book series made into an actual television series. So much so that I’m impressed that you have been able to keep up with putting out new books for the series.

Jake Biondi:  They have been coming out every six months or so. (The latest) Season 5 of the book series came out the beginning of June in time for Pride month.

BeBe Sweetbriar:Your readers are always on edge of their seats with cliffhangers at the end of each book, as they would be with a TV series. What has been some of the feedback on how you resolved Season 4’s cliffhanger in the beginning of the new book?

Jake Biondi:I think people were a little surprised because I killed off at least two main characters. I think readers get caught off guard by that. Because when you think of TV shows and their cliffhangers, it’s rare a main character actually dies. But in a book, I guess it is easier to do away with the character because there is no actual actor associated with it. So I can do whatever with them. So in that way, I guess readers are okay with me doing that. But, by the End of Season 5, they get mad at me again because we have even a bigger cliffhanger.

BeBe Sweetbriar:Keeping in mind your diligence in getting the book Boystown into the TV series Boystown, what will your willingness be to rid the storyline of main characters in the TV series.

Jake Biondi:I think the TV series is based on the books, but if a main character is killed off in Season 5 of the books maybe they will have to live on the TV series. If we have to alter things from the book for the TV series, we will.

BeBe Sweetbriar:How much closer are you to actual getting Boystown onto the small screen than 8 months ago when Season 4 of the book was released?

Jake Biondi:We are moving rather quickly with getting the book to series. I have teamed up with Gabe Fiscale and Westin Mueller, the producers of Legal Alien Film Productions, and we are getting close to filming the pilot. We are optimistic about landing on a network soon.

BeBe Sweetbriar:One thing the books are known for are for all that is gorgeous on the cover… the “Boys of Boystown” and the Chicago scenery. And, you recently started working with a new fab photographer.

Jake Biondi:Yes, James Franklin is the best and based out of L.A. He was a fan of the series, and he thought he could bring the brand up to the next level. I think his covers look even more fantastic and more vibrant, crisp and clean. He’s done a lot to contribute to Boystown in general.

BeBe Sweetbriar:You make a lot of effort to be as inclusive as you can in the book with your characters as it relates to ethnic representation and sexuality. But, I did want to ask whether you have had any feedback from readers who have said they don’t see themselves represented in all the gorgeous, perfect looking men on the cover?

Jake Biondi:I haven’t had any feedback like that. People know that the book is a big soap opera based on fantasy in lots of ways. The covers are designed obviously to have readers pick them up off the shelves. But in terms of casting the TV series Boystown, there will be even more diversity than you see on the covers. And in Season 6 of the books, we will have our first transgender character, as well. I have been talking with many members of the transgender community because I don’t want to get it wrong.

BeBe Sweetbriar:You post pictures of actors and models on your Facebook page and ask your followers what character should they play on the TV series in development. Have you gotten any feedback from any of the actors or models you have featured on the page?

Jake Biondi:I have actually. Some of them are on the daytime soaps, and they have read the (book) series and have expressed an interest in joining the team when the casting begins. With social media you can be contacted by people you never thought you’d talk to.

BeBe Sweetbriar:I think your readers would get more of the fantasy, as you call it, if you did book tours with your book cover models, but you sadly don’t do book tours.

Jake Biondi:That’s a very good idea, and I will say, it is on the table. I think we are waiting to see how the TV show thing pans out because then we can make it apart of promoting the TV series too.

James Franklin has been a professional photographer since 1993 specializing in classic style shooting. James’ photography has been on the cover of DNA Magazine & Exercise For Men Only, he’s shot campaigns for Jack Adams & Pistol Pete, and he’s shot Celebrities such as Cher & Janet Jackson, among many other works. See some of James’ work for Jake Biondi’s Boystown book series accompanying this feature and visit JamesFranklin.net for more.