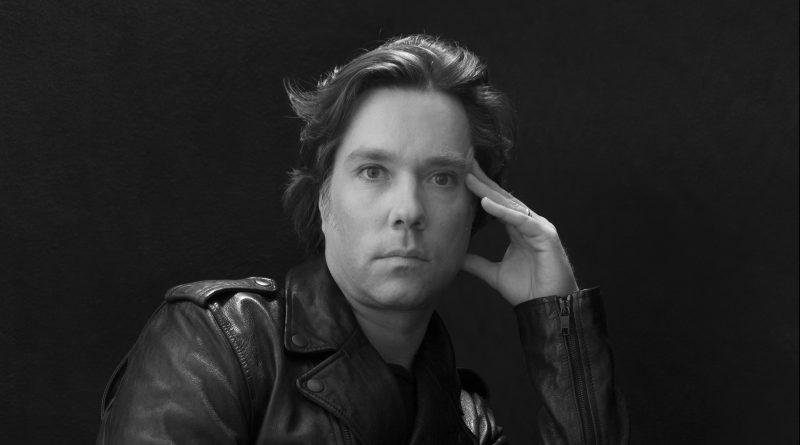 The Unruly World of Rufus Wainwright

Singer-songwriter on being ‘the gay Elizabeth Taylor,’ giving up on Björk and not jibing with the LGBT community

“I’m not at the psychiatrist’s office.”

Rufus Wainwright realizes that now, years later. There was a time, he acknowledges, amused by the notion, that interviews such as the one we’re engaged in passed as therapy. For that reason, the singer and composer is transparent, a book that never closes. That frankness has long marked his raw musings, windows into his life as a gay man, as a former drug addict, as a son, as a father. The personal catharsis of his latest work is less discernible.

Before we launch into a wide-ranging conversation – encompassing issues he sorted through while recording the Shakespearian project, how his “very wry” personality rubs gay people the wrong way and the Benedict Cumberbatch conundrum – Wainwright says “don’t worry,” reassuring me that even though this isn’t quite psychiatry, “I’m still pretty open.”

Just when I think you’ve reached peaked ambition, you release an album of Shakespeare sonnets set to music. Where do you think your desire to be so outside of the box comes from?

Well, I was never in the closet, I was never in the box… I was never in my right mind! I don’t know. This album, in a lot of ways, is kind of a miracle in the sense that it’s nothing that I ever really planned on or was working toward; it sort of made itself, and all in conjunction, of course, with the 400-year anniversary of Shakespeare’s death.

It just so happens that many years ago I was working on a project of the sonnets (Five Shakespeare Sonnets, in 2010) and somehow the work that I was doing with these poems really resonated with all sorts of people, whether it was the San Francisco Symphony wanting arrangements of them or Songs for Lulu (his 2010 album grieving the loss of his mother, Kate McGarrigle) or other singers performing them. In fact, there are a few dance choreographers now who have started to choreograph pieces to the work, so it’s just something that happened, and lo and behold it fell right in line with this 400th anniversary. I just had to facilitate that as much as I could. What a lot of people think is outside of my box is really just me following my brute instincts and going with that fully. I’ve never been able to work otherwise, so I suppose that will continue to be the case.

Yes. Also, for me, music is where I really – I mean, speaking about being in a psychiatrist’s office – exorcise a lot of my demons and emotionally confront issues, and in order to do that I can’t really coast now. I have to crack the ice a little bit. That’s the way it is.

With this piece in particular, what issues are you confronting?

I think a lot of this is centered around my mother’s illness and death (in 2010), and also aging is in here. I think one of the reasons “A Woman’s Face” is repeated several times – it’s really about an older man kind of fawning over a younger man and that’s a tradition that now I’m on both sides of (laughs). I’ve been a younger man and I am that older man now, and so I see it from both sides. To have a woman (Anna Prohaska) sing it is very interesting, because that takes it into a whole other mirrored image, which is what’s amazing about Shakespeare – how many reflections (we) can illustrate depending on how old one is or how young one is or what gender one is relating to at that moment. It’s a vortex of possibilities.

When it comes to aging, what has been your experience as a middle-aged gay man who’s a public figure?

The catch-22 is that in 20 years – I’m 42 now – I’ll probably look back at this period as really my zenith, when I was probably the most attractive I’ve ever been. But now that I’m in the middle of it, I’m looking backwards to when I was 22… and when I was 22 I was really miserable! (Laughs) So it’s, “You don’t know what you’ve got till it’s gone,” as Joni Mitchell said.  But I think artistically in one’s 40s you do feel the joint rapture of both experience and still a sense of youth that can combine and really make you feel like you’re in the present.

Your cross-genre collaborations are constantly surprising people, and there are some unexpected ones on this album. Who is someone you want to work with that we wouldn’t expect?

The other day my sister Martha had her 40th birthday and we had some people up to the house. One of them was Sufjan Stevens, who I’ve admired for a long time and, yeah, he’d be fun to write a song with. I’ve given up on Björk. She’s not taken my lead. (Laughs) I’m like, “Hey Björk, let’s do this” and she’s, like, hanging out with aliens or something.

I saw you in Toronto in 2014 for If I Loved You: Gentlemen Prefer Broadway, which was wonderful.

And I’ve seen you many times before, but not in that dynamic, with a bunch of men, many of whom were straight. So I was watching you and, of course, admiring the performances, but I was also noticing the way you interacted with the other fellas on stage and I’m like, “Rufus is such a shameless flirt.”

Have you always been that way?

I have. I’m just built that way. I’m sort of a gay Elizabeth Taylor.

When you’re singing a love song with Josh Groban, I can’t blame you.

Did you get a chance to meet Benedict Cumberbatch while recording the BBC’s The Shakespeare Show: Recorded Live from the Royal Shakespeare Company?

A couple of years ago, I was surprised to hear you say you didn’t think you had a big gay following. I’ve been following you since “Cigarettes and Chocolate Milk” and I’m definitely gay.

Aww! Well, thank you. I guess I just feel with the gay community my kind of very wry and frank opinion on things can be misinterpreted. Us queers are kind of a sensitive bunch, so sometimes there’s a bit of a tempest in a teapot (reaction) when I put out certain concepts. Some people enjoy the dialectic of that and other people shy from it and, well, the gay community… it can get a little insular.

You never had to make a coming out announcement, so I wonder: How do you feel about famous people coming out making headlines in 2016?

Yeah, well… I mean, it’s good that they’re doing it. (Hesitates) I don’t know. I just… it’s still to be applauded because the sad truth is we are living in reactionary times now and whether it’s Donald Trump or ISIS, there is this kind of tremendous backlash to a lot of the advancements that have been made in the last 20 years, and so I think it’s probably harder in certain places to be gay now than it was a while ago. The pendulum has started to swing the other way. So, as long as people are coming out and continuing the battle, then I think it’s good.

I know you have a lot of opinions on today’s pop divas. So Lady Gaga, Adele and Beyoncé: Which would you fuck, marry, kill?

Fuck, marry, kill – oh boy. Dangerous. I guess I would marry Adele. Ahh, I would, you know, fuck Gaga and kill Beyoncé.

I just, ahhh…whatever. I was only given a few choices, so it’s not my fault. (Laughs)

You don’t have any tour stops in North Carolina, but what’s your take on how artists are handling the situation regarding House Bill 2, the “bathroom bill”? And if you did have a date there, what would you do?

This relates back to what I said before: I think that any kind of pushback against this rising wave of right-wing extremism coming from large sectors in the world is a positive act. What’s good about the North Carolina thing is, I mean, I think the artists are doing their part, which is great, but I think it’s also the business leaders who are really pulling the money out of the state that’s gonna really make a huge difference. It’s all people working in conjunction from all different fields that’s important. And yeah, I’d probably pull out.

No, and I don’t have any gigs there. I’ll go to the ladies room one time in protest and scare everybody. (Laughs)

You’re restaging Rufus Does Judy at Carnegie Hall on June 16-17 in New York and June 23-24 in Toronto. How will the music and the show reflect the way the world’s changed in the last 10 years since you first performed it?

The main reason I’m doing the show again is to see what condition my voice is in. I mean, I have an inkling that it’s at the top if its game, and the only way to really prove that is to sing that material, so it’s more of a practical exercise for me to do this show again. I’ve been working very hard on my singing over the years and I want to show that off, but on a more philosophical level: I originally did this show because of my broken feelings toward the Iraq War. I needed something to remind me of how great America could be when it wanted to be, and sadly we’re in the same predicament with Donald Trump and this racist, sexist blowback. I don’t know, it just seems to be something that occurs every 10 years in the United States and I’m happy that the Judy show is gonna be back out there again because it is all the good that this country can represent.

Regarding your voice: Haven’t you already proven yourself as a singer?

Well, I’m a big opera fan and in the world of opera, you don’t really hit your stride until you’re in your 40s vocally. That’s when you get all the big roles, so it’s just more of a personal thing. I’m not trying to prove it to anybody; I’m just proving it to myself, and also just to be really on top of the material. I loved doing Judy the first time because it was this kind of mad rollercoaster ride that I just attached myself to with handcuffs (laughs) and went along with, but this time I feel like I can hold onto the reigns a little better and just really nail it.

You’ve done Judy and Shakespeare. Which other legendary figures intrigue you enough to make you want to dedicate an entire album’s worth of material to their work?

The figure that’s kind of looming all of a sudden – I’m just hearing little squeaks of this in my psyche, but I’m a big (William) Blake fan. I love Blake. Who knows. Maybe something like that. I’d also like to do a French record at some point to just sort of, you know, loosen it in up a bit. (Laughs) And of course there are my own songs from my own life, so there are a lot of possibilities.

And the Shakespeare character you call your spirit animal?

Oh, gee. I would say I’ve always wanted to be Titania from a Midsummer Night’s Dream, because I’m a sad queen, really. (Laughs)