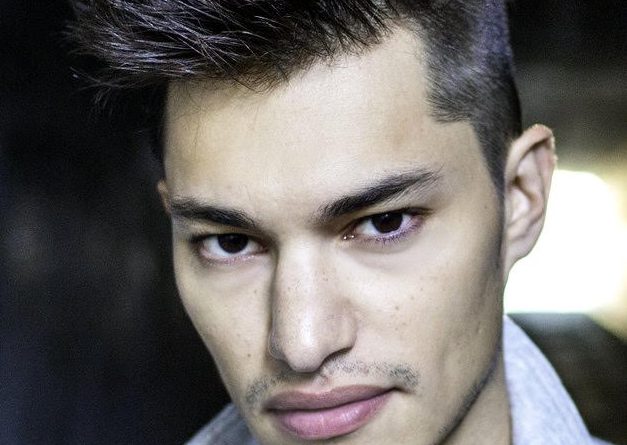 By Romeo San Vicente | Photo of Ellen DeGeneres by Starfrenzy

After Louie wants to turn back time

LGBT film has moved past the moment when virtually all the stories produced were about AIDS, but that doesn’t mean that there aren’t many more stories to tell about the trauma and devastation of the first wave of the disease. After Louie, a film by first-time feature director Vincent Gagliostro, co-written by Antony Johnston, will look at the perspectives of two generations of men on either side of the timeline. Alan Cumming has been cast as an older artist and activist, a man who survived the ’80s and ’90s, and who now finds himself in a relationship with a younger man (Zachary Booth) for whom the era is something only heard about second-hand. The film is in the middle of a Kickstarter funding campaign, but the technical team and cast are ready to go: attached in supporting roles are Wilson Cruz, David Drake, Justin Vivian Bond and Joey Arias. We wish them all the Kickstarter luck in the world, but could some power-gay producer just step in and handle this, please? You know who you are.

While you weren’t paying attention, Ellen DeGeneres was gently promoting digital content on daytime TV, making YouTube, Vine and Snapchat understandable and accessible to an entire population usually ignored by those platforms. Who cares if some of it is remedial (like explaining Ryan Gosling “Hey Girl” memes years after their inception)? The point is that she’s basically explaining the internet to people who didn’t know they wanted to care. And this is why her next step as an all-powerful mogul is so potentially lucrative. She’s launching the Ellen Digital Network, a programming slate that includes the Damn, Daniel kids, an animated series about her own pets called Ellen’s Pet Dish, new episodes of Dance Challenge, a user-generated content show called #MadeByYou, the Ellen Show game called Epic or Fail, and a content development deal with social media star Tyler Oakley. Bottom line: Ellen is taking your mom into the future with her, and you’ll know your own life has jumped the shark when she makes a show out of unicycling frog meme, “Here Come Dat Boi.”

Still not sure who Teyonah Parris is? Then you’re not watching the right stuff. Already called the “Next Big Thing” by industry trade The Hollywood Reporter, Parris made a big impression as Dawn, the first black secretary hired on Mad Men, before moving on to Justin Simien’s feature Dear White People and starring in Spike Lee’s Chi-Raq. And now she’s in talks to star in Buffalo Soldier Girl, to be directed by Christine Swanson (the upcoming TV movie The Miki Howard Story) from an original script by 2015 Texas Writer of the Year, author Sarah Bird. Set up by the production company Pantheon of Women, the script is based on the true story of a woman named Cathy Williams, who, disguised as a man, enlisted and fought with the African American post-Civil-War-era Buffalo Soldiers. The film is expected to shoot in Texas this fall for a 2017 release. Be on the lookout for this one.

By now, if you even come close to other human beings who have access to the internet, you’ve already heard about this one: Susan Sarandon and Jessica Lange will play Bette Davis and Joan Crawford, respectively, in Ryan Murphy’s new eight-part limited series, Feud. Murphy’s TV domination is an uncontested fact these days, recently bolstered by American Crime Story: The People Vs O.J. Simpson’s sweeping critical approval and great ratings. And this latest effort is going to be catnip to Baby Boomer and senior age gay men who grew up obsessed with the very real ongoing battle between Crawford and Davis, two stars who loved to hate each other so much that their stunning early 1960s collaboration, Whatever Happened to Baby Jane? felt more like real life than fiction. Our not-so-secret wish, though, is for some women on the writing staff to have a Marcia Clark-level of empathy for these two vintage Hollywood warriors. The last thing anyone needs is a typical gay male wallow in comic misogyny. Look, someone has to say this stuff out loud, you know?

THE HONEYGLUE THAT MAKES LIVING SWEET

After learning that she has three months left to live, Morgan turns her protected middle class life upside down. That’s when she meets Jordan, a rebellious, gender-defying artist and together they embark on an adventure of a lifetime. Two unlikely individuals in a union paralleled to the pairing of a dragonfly and a princess bee in storybook written by Jordan. With a hand-held camera, the pair document their time together, creating a lasting record of what and who really matters in life. “We worked with ‘opposites’ as often as we could, with topics such as gay and straight, film and digital, boy and girl, and lastly, life and death,” says Director/Screenwriter James Bird in a press release. “In the end, the viewer hopefully realizes that none of these labels matters – what matters is to love and to be loved.” With remarkably believable performances by newcomers Adriana Mather (Morgan) and Zach Villa (Jordan) and a stellar supporting cast that includes Tony Award-winning (Agnes of God) and Golden Globe nominated actress Amanda Plummer, multiple film festival circuit award-winning film HONEYGLUE is a thoroughly modern love story where labels aren’t important. Just like in the short 90-day lifespan of a dragonfly, living what life we have is all that matters. Bird, Mather and Producer/Music Composer Anya Remizova sat down with GLOSS in a HONEYGLUE discussion.

He worked with ‘opposites’ as often as he could, with topics such as gay and straight, film and digital, boy and girl, and lastly, life and death. In the end, the viewer hopefully realizes that none of these labels matters – what matters is to love and to be loved.

BEBE: There are two protagonists in HONEYGLUE, Morgan and Jordan, both worthy as lead characters in movies of their separate lives. As the film’s screenwriter, why put these two together in the telling of one story?

JAMES BIRD: (They’re together) just to mirror how real life is. When you meet somebody, you come with a cool story about yourself, and you have no idea what the other person has gone through. Then you are together, and all of a sudden, all of their experience goes on to you. I think it is cool no matter where you come from or been through, you can meet in that moment and that’s all that matters.

BEBE: I know many writers use tragedy in stories to uncover hidden things in our lives, in HONEYGLUE, underlying things with Morgan’s family and the demons in Jordan’s life. The tragedy of course in this film is Morgan’s cancer. Was there some personal tragedy which uncovered some personal things that was drawn upon in writing this story?

JAMES BIRD:  Yes, during the filming of our previous film Eat Spirit Eat, Anya’s (Remizova – film producer, music) father died of cancer. Writing this was my way of coping with and understanding what happened.

ANYA REMIZOVA: (Cancer’s) tragic and it’s everywhere, but I guess this is our way of trying to make something good out of what happened to us through this film. We wanted to make it a positive, about living a life and accepting happiness even if you have a timestamp on life.

BEBE: It seems in HONEYGLUE that Morgan experiences a different type of happiness through experiences with Jordan over her last 3 months she previous didn’t know would make her happy. Jordan knew he had wings to fly but felt others were holding those wings preventing his flight, where Morgan didn’t even know she had her wings.

ADRIANA MATHER: You never really know how much life you have, so every moment counts. This story is really about how you live not about how you die. We were trying to get to a place of hopefulness, a place where you can step away and say ‘I want to go live.’

BEBE: Adriana, what did you draw upon in developing your character, Morgan, who’s challenged by having cancer?

ADRIANA MATHER: My personal interpretation of acting is that every character is like you in various ways. If your personality were a soundboard, you turn up certain sections of it and turn down other sections. But, (you and the character) are similar enough that you find the character within yourself. This character (Morgan) required a lot of research, however, because it was real important to us to keep the integrity of what’s like to go through a terminal illness. We didn’t want to sugarcoat it or misrepresent people who had gone through it.

BEBE: Everyone in this film is the right actor for their character. Adriana as Morgan, and Zach Villa as Jordan are so good. They are so believable. And Zach is so great about not making his gender bending attributes over shadow what this film’s about. Those are so background. He is remarkable. And, how did you get Amanda Plummer (portrays Jordan’s mother) for the film?

JAMES BIRD: We live in L.A. so you are always seeing people and going ‘wow, that man is beautiful.’ I never understood in movies why if a man wears a skirt or wears make up that that is what the movie’s about. But we (in real life) see it in the background all the time. I wanted to have a love story where Jordan just happens to be wearing a skirt. It’s not about that. (As for Amanda Plummer) when we were meeting with actors from the agency, I saw Amanda’s name on their (actors’ roster). I said I had to get her. And, she got the script and said yes.

BEBE: This movie took me through it! So much is going on in the film, and yet just enough, never too much. Every character goes through some realization in this film through Morgan’s cancer.

JAMES BIRD: You can go down the street and talk to ten people and probably all of them have been (affected) by cancer in one, way or another. No one comes out of this untouched.