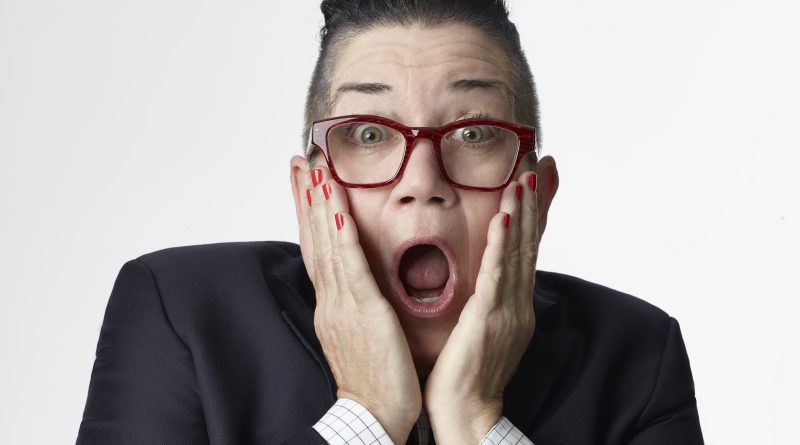 The Butch Beneath Our Wings

First the screwdriver, then the peanut butter.

But Lea DeLaria’s love for Orange Is the New Black goes beyond the craftiness of her shenanigans with both a hand tool and a classic sandwich spread as a regular on TV’s Emmy-winning prison drama. Sure, Netflix has afforded the veteran actress a deep cargo-pocket of outrageous antics, but Orange isn’t only here for your amusement. More importantly, the series and DeLaria’s riotous, randy character, Big Boo, are part of the show’s heralded inclusivity.

Breaking ground as the first openly gay comic to perform on American television, in 1993 on The Arsenio Hall Show, DeLaria is still carrying the torch on TV two decades later, representing a deeply unsung subset in the queer community on Orange: the butch lesbian.

As the show embarks on its icy fourth season, the 58-year-old called in for a tell-all interview about the “lesser known” controversy surrounding her historical TV debut: How the Fox network was not fond of the actress’ lavish gayness and wanted to put the brakes on her groundbreaking Arsenio appearance. Who stepped in to fight Fox’s resistance to the landmark stint? Why has the actress turned down so many gay roles since then? And why does she think we should drop the community’s longtime collective acronym, LGBT? Read on as DeLaria reveals all.

Orange Is the New Black is now in its fourth season. Is that hard to believe?

It’s really shocking for me to believe it’s our fourth season. I thought I’d have way more money by now!

What about this fourth season stands out from the past three?

I think what people are going to find about the fourth season is that it’s darker than the other seasons. They really explore some of the shitty things about being in prison. There’s a lot I can’t talk about. I think it’s going to be much darker than you’ve seen in the past. Still funny, but there’s definitely a darkness involved. But Boo is going to be Boo as Boo always is.

You get to do some crazy stuff on this show. What’s your relationship like with peanut butter at this point?

Yeah, I can’t eat peanut butter at all, as a matter of fact. (Laughs)

Yeah, I don’t really eat peanut butter. But yeah, I believe that the writers sit around and go, “What’s the fucking most insane thing we can think of? Let’s give it to DeLaria!” They know I’ll do anything for a laugh.

When it comes to acting, you’ve been at it longer than most people know. An eternity, right?

Good genes, I can assure you. It’s certainly not from taking care of myself, as anyone who’s seen me in the West Village, drunk on my butt at 4 in the morning, knows.

How is post-Orange life different from pre-Orange life? Are you recognized more often on the streets?

Oh yeah, I’m recognized nonstop. Before – first of all, not everybody was carrying their camera with them like they do now, so I would get stopped… I’d get stopped enough. I wouldn’t say frequently, and I wouldn’t say infrequently; it was somewhere in the middle. Generally, it’s “Hey, you’re Lea DeLaria; can I have your autograph?” Now I can’t even walk out of my front doorstep. It’s like, “Oh my god! Orange is the New Black!” It just goes on all day.

Can you still even go to gay bars?

All the time. I could never go to a gay bar before! I mean, before Orange that would be the one place everyone knew who I was. I made the decision very early on in my life that I’m going to live my life, and if people come up to me, I’m going to be friendly and charming the way I am. I don’t want to lock myself in my room. I just don’t want to do that, so I’m out all the time.

How does the treatment of LGBT characters and sexuality on Orange compare to your previous lesbian roles, both big and small?

What’s different about it more than anything else in the world is that it’s real. Believe me, as you’ve said, I played a lot of them, big and small, and I can assure you I’ve said “no” more than I’ve said “yes” to these roles. A lot of roles I say no to are because they’re just so completely stereotyped and bullshit that I won’t play them anymore.

You say “anymore.” What changed?

When I started out in the business, I played them because it was work. And then it just got to be ridiculous. I just said, “This is it. I can’t do this anymore unless someone is going to give me a real character.” Like the chick I played on Californication! If you’re going to give me a real character, I’m going to knock it out of the park for you. If you’re just gonna make it the same ol’ stereotypical bullshit butch, I’m not interested.

But that’s what’s great about our show, and not just with the queer characters but with what it does with women, what it does for trans people – what it does for everybody. We’re real. We’re three dimensional. We’re honest. We cry. We laugh. We talk about life; you know? That’s the biggest difference. And not to mention the very warm, friendly, three-dimensional positive portrayal of a butch dyke that is incredibly unique and unusual, and so I’m loving doing that.

I know that she is because I get direct messages on Instagram. I get, like, 150 of them a day from all over the world, from all these different women saying, “Thank god for Orange Is the New Black, thank god for Big Boo. I now know that it is OK for me to be who I am,” and they’re not just talking about being gay; they’re talking about being a butch. I get constant messages about it. Constant! And then people come up to me on the street. I’ve had really hard-ass butches cry when they talk to me, which is… trust me, it’s hard for us to cry. So finally somebody is putting out there who we actually are. I feel like Season 3, episode four, which is the Boo backstory episode – I believe that’s done as much for butches as Season 1, episode three, did for the