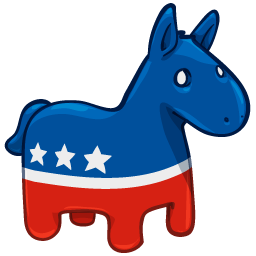 Are you running for Democratic Central Committee?  Why Not? Everyone Else Is!

Fresh out of college, I was eager to get involved make my community better through my local democratic party.  My local democratic committee had like zero qualifications for serving except being able to fog a mirror to prove, you know, you were alive.  I was alive and the youngest member by about 40 years. Unsurprisingly, they lost every election and so who cared what the Democratic party thought.

So wasn’t I the color of surprise when I came out west to the great gay rainbow flag waving City of San Francisco and wanted to get involved. Oh, honey, how naïve!

Change your community? Make things better? Blah, blah, blah these are not the things that allow you to serve as an official member of the San Francisco Democratic Party.  Oh, no, you can’t even get elected to the SF Pride board without a resume of activism and good endorsements!

To be fair it wasn’t always like this in San Francisco or so it seemed. Oh sure, there were several dozen people running for central committee every 4 years but they were either staff to elected officials or up and comers already involved in political clubs.  Supervisor Scott Weiner was a Central Committee member then Chair for several terms.  That’s how one used to come up to a larger elected position, through hard work and network building.  Now? Well 10 out of 12 supervisors are running because they are so not allowing well intentioned good doers who got elected by a few hundred thousand people determine their fate.

In the Bay Area we seem to hold ourselves in high regard and assume every one will have the same path to the vote they’ll cast.  Not really though.

If I missed you, sorry. Do be sure to introduce yourself at Locoya Hill’s July IJWFD Party and say “I’m gay and political too!” and I’ll be sure to pretend that I’m going to remember you.

Twelve San Francisco Republicans filed for AD 17 and who are we kidding? I’m only reporting this at all because some of you are into sadomasochism and so maybe being a republican qualifies.  If you’re a gay republican, well even more so, but please do not introduce yourself to me at anything. We’re good.

Not to be outdone, the East Bay’s nearest to counties Alameda (Oakland/Berkeley/Fremont) and Contra Costa (Richmond/Walnut Creek) are having more competition in their Central Committee elections than in years past.

In Alameda, allies of former Oakland Mayor Jean Quan have put together a contingent including her husband to run for seats.  Some think this is because Quan wants to make another run at elected office this fall against Lesbian At-Large Councilmember Rebecca Kaplan but in Alameda DCCC members aren’t seated until AFTER November’s elections. So that wouldn’t really help Quan but facts were never a strong suit of the Quan mayoralty.

In Contra Costa, our own and always debonair Jeffrey Koertzen is the Contra Costa party chair and he is running for re-election. Openly Gay El Cerrito Councilmember Gabriel Quinto is running for Contra Costa Central Committee and working his campaign as hard as his council election. It seems like there is competition in every county.

Of course, all eyes will be on California’s Presidential Primary and with all these people running, and the unified hatred of Donald Trump, we can expect record turn out. So get out there and as the saying goes “Vote Early, Vote Often!”

California’s voting registration cuts off on May 23rd, 2016.