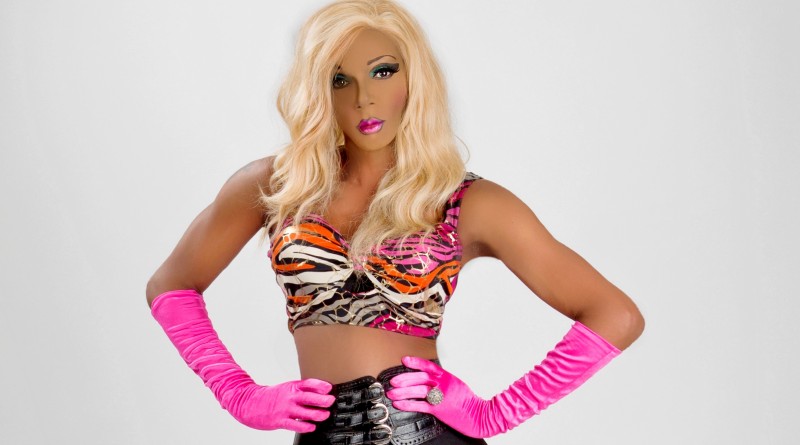 Legendary SF Drag Performer Signs with Hit Save Music and

If you have heard the rumor that San Francisco chanteuse BeBe Sweetbriar is releasing her first dance single in 4 years, it is true! With 3 previous independently released singles under her belt,  Save Me and Free To Be Me (both produced by DJ Pornstar) and Show It Off, Sweetbriar has now teamed with renown LFB Music producer/remixer Leo Frappier (Sylvester, Rihanna, Mary J. Blige, Kristine W., Icona Pop, Carly Rae Jepson) and his record label Hit Save Music to celebrate the 10 Year Anniversary of the Pussy Cat Doll’s (PCD) hit Don’t Cha (CeeLo Green and Sir-Mix-A-Lot) by releasing a cover rendition Dontcha, Sweetbriar’s first record label release.

With a dance radio edit and a trademark Frappier Anthem Mix to be released on January 15, dance floors in clubs across the land are sure to resonate with Dontcha featured in DJ sets. “I have always been a fan of the PCD original Don’t Cha. When I heard it 10 years ago I could hear melodies and harmonies in the song that weren’t in the recording. I said then that if I ever recorded it, I would have done it this way. Well, now I have recorded it with an awesome producer in Leo,” says Sweetbriar about recording Dontcha.

Although quite familiar with one another, Dontcha marks the first time Sweetbriar and Frappier have worked together. “Working with BeBe was a pleasant surprise! I knew she could sing, but she sang the “heck” out of this song. Wow! She brought it and then some. A powerhouse of voice, presence and beauty,” recalls Frappier in his experience working with Sweetbriar. With two #1 Billboard remixes with Nikki Harris/Perry Twins and Kristine W., Frappier is an authority on the pipes it takes to make a dance club hit.

In addition to the dance single release, a music video directed by filmmaker Amir Jaffer (Under One Sun, Brave Spaces: Perspectives on Faith and LGBT Justice, Love Story for Paco) will debut during a planned Release Party on January 15 in conjunction with Gus Presents and Locoya Hill Entertainment taking place at The Cafe in SF. Jaffer has directed previous music videos for Sweetbriar. With a worldwide digital distribution, Sweetbriar plans a promotional tour of the single through the Spring of 2016.

If you want to be part of the excitement, join Bebe at Boy Bar at The Cafe on Friday January 15th! (get there early, drinks are $1 before 10pm!)