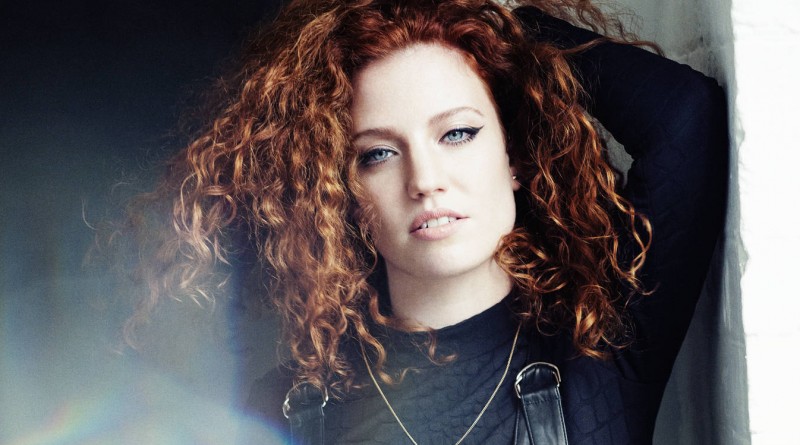 Jess Glynne Really Does Cry When She Laughs

Releasing her highly anticipated debut album I Cry When I Laugh, London-based English and Grammy winning singer/songwriter Jess GLYNNE set off on her 18-city North American Tour starting in our nation’s capital Washington, D.C. on January 18. I Cry When I Laugh was the biggest selling debut of the year in the UK in 2015 having gone platinum there in only 10 weeks (double-platinum to date) selling 10 million singles worldwide and has combined 1 Billion YouTube views. The songstress with the voice that is responsible for the popularity of the Grammy winning Clean Bandit Song Rather Be, the Route 94 hit My Love, and her debut solo single Right Here, Jess had the world waiting with baited breath for a complete album of songs written by the gifted artist which Glynne finally delivered with I Cry When I Laugh in 2015. Upbeat, yet filled with personal relationship reflection, Jess, choosing not to label her sexuality, has indicated in a previous interview that many of the songs came about from a past relationship she had with a woman. “I’ve only ever been with one girl in my life and that’s the girl from my album,” she told the Daily Star. Whatever or whomever the motivation for the songs on I Cry When I Laugh, Glynne’s songwriting for her debut album has been uplifting for millions of listeners finding hope for future love in the lyrics and expressing such resolution on the dance floor to the underlying beats. I had the opportunity to ask Jess some questions surrounding her debut album, which San Francisco Bay Area fans can see and hear performed live on her tour stop in the queerest city in the world on February 8 at Mezzanine, and to talk about that voice which turns every lyric into a felt emotion rather than sung word.

BEBE: Jess, you took some time after the success of your Grammy winning hit with Clean Bandit Rather Be to release your debut album I Cry When I Laugh (ICWIL). Is this because you were writing songs specifically for your debut album or were other strategic reasons?

JESS GLYNNE: I took my time after the release of Rather Be before releasing my album because I wanted it to be absolutely right and as good as it could be in every respect from the choice of songs through to the cover art. There were some tough calls to be made on which songs, as much as I love them all, would make the album but I’m just so happy that my music seems to have connected with so many people around the world.

BEBE: Most of the songs you wrote on ICWIL are reportedly about a past relationship, but unlike many relationship albums that are filled with heartbreak songs, your debut set is rather uplifting and inspiring. How is that?

JESS GLYNNE: I’m happy that people find the songs uplifting and inspiring. Yes, some of the songs are about heartbreak but I wanted to get the message across that there is hope after heartbreak and that those tough experiences can make you stronger. If people find that hope within my music, then that’s wonderful.

BEBE: Your collaborators on ICWIL include of course Clean Bandit and Starsmith, but you also have a duet with Emeli Sandé. How was it working with Emeli on Saddest Vanilla, and how did the collaboration come to be?

JESS GLYNNE: Emeli was lovely to work with. I was working with the producer Naughty Boy and he suggested that I talk to Emeli who he has previously produced. We met up at the studio and just chatted over coffees about our lives. Saddest Vanilla was the result of that meeting and our individual experiences. I’d love to write more with Emeli in the future.

BEBE: There is one song on the album amongst all the uplift that did, however, bring me to tears. The emotion in your voice on and the lyrics of Take Me Home touched me, and it seemed to have a special meaning to you. What inspired you to write this song?

JESS GLYNNE: Take Me Home is a special song for me. I’d originally written it some time ago but then went back to it when I was recording with Steve Mac. It’s a song about having someone who cares for you and helps you in a time of need. I’d written it about a relationship that went wrong and feeling low but having a friend in my life who helped me through a dark time. When we made the video for that song and when I sing it live, it’s very emotional for me. There are a few tears.
BEBE: I Cry When I Laugh is not the title of a track on the album. So, how did you come up with the title of your debut album?

JESS GLYNNE: I always wanted I Cry When I Laugh to be the title of my first album. First of all, I do cry when I laugh (and) so does my dad. It’s just one of those things. It’s not just about tears but laughter and hope too.

BEBE: Your unique and distinct voice shines on the acoustic version of your hit My Love which you’ve put on this album. What was in the decision to put a stripped down vocal song on the album?

JESS GLYNNE: My Love was a song I recorded before Rather Be. In fact, it was because Clean Bandit heard My Love that they asked me to sing on their song. I’d recorded it for Route 94 and it was actually released on an album by the British DJ Annie Mac before it came out as a single. However, the song has always had a special place in my heart and I wanted to put more of a “Jess Glynne” spin on it so I thought I’d switch it up!

BEBE: Speaking of voices, it seems some of your contemporaries, like Adele and Sam Smith who have had similar rises in success after early releases in their careers, have developed some vocal cord issues presumably from the demands put on them during touring and promotion. As you enter your North America tour, how are handling the care of your wonderful vocal instrument under such demands of your talent?

JESS GLYNNE: I went to see the same vocal surgeon in America that Adele and Sam Smith had seen. In fact, it was Sam who recommended Dr. Zeitels in Boston, and I’ll be checking in with him (while) on tour in the US. I have a lot to thank him for, and I follow his advice when it comes to taking care of my voice now, whether it’s making sure I have some rest days, being hydrated properly and doing my warm ups. It’s the same as an athlete taking care of their muscles.

BEBE: Who is on your collaborations list that you have yet to work with?

JESS GLYNNE: The collaborations list is quite long, but for starters, there’s Frank Ocean, Pharrell Williams and Timbaland to name just a few!

BEBE: I think it is safe to say Jess Glynne has taken the world by storm leaving behind a musical rainbow. Over the past 3 years what has taken you by storm and what type of rainbows has it left for you?
JESS GLYNNE: What’s taken me by storm over the last couple of years has been the reaction to my music. I’m grateful to have been given a chance to make my record and thrilled that the music seems to have connected and touched people all around the world. To be double platinum in the UK is amazing but when I get messages from fans in countries I’m only just getting to or who are only just hearing me now, that’s special.

Jess Glynne is currently on her North American Tour due to stop in San Francisco on February 8 at Mezzanine. www.mezzaninesf.com www.ticketmaster.com Social Media: FB/TW/IG @JessGlynne www.jessglynne.co.UK