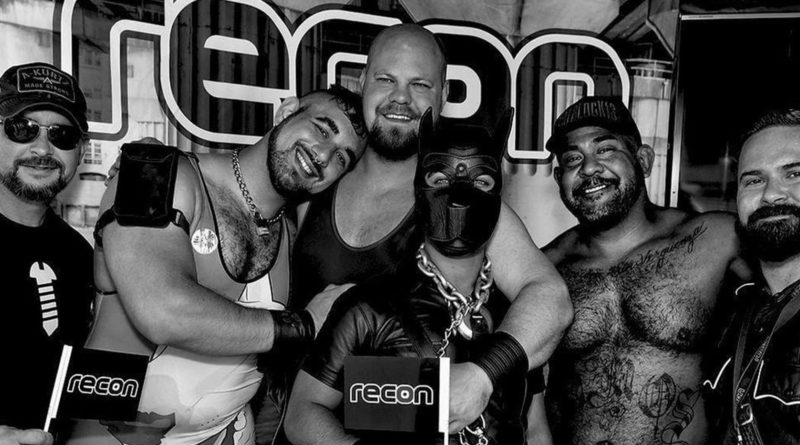 If you’re anything like us, then you’ve been aching for the return of all your favorite queer in-person events – including everything that Folsom Street has to offer! In preparation for its lineup of comeback events, we called up Folsom Street’s Executive Director Angel Adeyoha to get all the details on July’s Folsom Street Market.

This summer event will be taking the place of what typically would be Up Your Alley. (Don’t worry, Up Your Alley is expected to return in 2022!) Adeyoha tells us that while portions of the event are being toned down to comply with covid guidelines, the focus of the kinky event will be on the vendors, the community, and the surrounding SOMA businesses that have had a difficult year due to the pandemic.

Take a look at a portion of our interview with Adeyoha below and be sure to check out more details on this Sunday’s Folsom Street Market over on folsomstreet.org!

Yes! Since this is our earlier event and we’re just coming out of the more intense covid restrictions, I think an important note to make sure people know is that large events still have restrictions in a way that smaller events do not. Large events still have mask requirements and distancing requirements. We had to work pretty carefully to create an event that we could still gather the community, support our vendors, let everybody be in a space together, and also meet all the requirements of the department of health.

We usually have naked Twister for instance. That will be postponed til next year and instead, it will be really focused on the amazing artists and vendors that bring our all the leather, fetish, and alt sex gear our to our fairs. So that’s going to be our big focus for our July event. We will have some DJs, so you will get some vibez, some music. It’s going to feel a bit more lowkey compared to a regular July. However, compared to last July, it will feel very celebratory I imagine. (Laughs)

I saw that you stepped into the Executive Director role shortly after the pandemic started. Is that right?

I actually said yes to the role two weeks before.

So you stepped in with a lot of virtual events. What was it like taking all of those on with obviously you now starting to do more in-person events, but for a long time, you were just doing a lot of virtual stuff.

Yes, I mean it was a huge pivot. I’ve been on the board for Folsom as well as a volunteer for Folsom and the first year I attended was ‘96 and I volunteered the very next year, cause I was so excited by what this organization was doing. So I’m very used to in-person events and I have a background in doing large organizing. So in-person was something I was very familiar with. Digital however was a whole new world for honestly just about everyone on our team. We did hire some specialists to help us out, but it was a big pivot. We didn’t want to leave the community out in the cold and we wanted to make sure our artists and musicians and all of the people who make Folsom magical would get paid something. So that was kind of our drive to do a digital version last year. I would say that everyone is pretty excited to get back to in-person events but we are also hoping to have some digital partnerships so we can continue to support both the added safety net that adds in for some folks who either aren’t yet vaccinated or have medical concerns and folks who couldn’t make it for some other reason like the cost of travel, or their age, their health, or some other reason that makes digital or accessible. The other thing we were able to do in digital was have an ASL interpreter, so we were able to address several points of accessibility, so we want to hope to carry those lessons we learned forward into our in-person events and try to provide digitals add-ons for folks who can’t make it.

You took a really big part in Playground, a space for trans and nonbinary folks in the leather community. Can you tell us a little bit about Folsom’s mission for equality and creating equal spaces in the community?

So one of the big pivots that happened in our organization this year – We have been as an organization trying to in-house work on our DEI (Diversity, Equity, and Inclusion) for several years, but it has been kind of slow-paced as it often can be with really established legacy non-profits. This is our 38th year being a non-profit. What the pandemic and some specific funding we got from the city allowed us to do is hire a consultancy and really dig in as a board for making a strategic action plan to reorient Folsom Street as a community service organization. That’s definitely how we were founded. We were founded to press back against gentrification and support that community that was being pushed out of SOMA. That return to our roots is really reflected in the rewriting of our mission and our values, principles, and practices as an organization. What I have told several people who have asked, is that we worked closely with a Black-owned consultancy to figure out what we are doing and why we are doing it and then the next time we have a post-fair/pre-fair season, which will again be in the winter, we are going to work on really building up the structures for how to do it so when we have the inevitable handover to board to board or from staff to staff that we are able to keep these systems in place and make sure the Folsom Street continues that work that we’ve been doing to center equity BIPOC and LGBTQA folks and that our main mission is sexual liberation and decolonizing of all pleasure for all people.

You guys have a lot of in-person events coming up in the next few months. Is there a particular event that you are particularly excited for?

I have not stopped being excited. It’s so nice to be with people again… I mean, I’ll just be honest – I’m rusty. It’s nice to shake it off a little and test things out. But I am excited about Folsom Street Market. It’s going to be so nice to see everyone, be in the sunshine together, check out our beautiful vendors, and hear some good music. But MEGAHOOD 2021 is so exciting to me because we’re making a couple of really big pivots. One of which is that we’re not going to be selling alcohol at our events this year. Which I realize a lot of people are wondering why that is exciting, but I really feel it’s going to give us both the opportunity to support these bars that have had such a horrible year, that mean so much to our community, and it will give us the opportunity to provide a space that is easier to secure and make safe for people, so that we’re able to build back up in a way that is more thoughtful and intentional. The other big shift we’re doing that really serves that part is instead of doing a large main stage and then our other smaller stages, we’re doing five community stages. Each stage will be both themed and run by a part of the community. It gives a way better showcase for our community and it kind of eliminates one of the problems or stressing parts of the fair, which was having people gather up for these large bands. From a covid perspective, it’s not feasible. Even from a pre-covid perspective, it was one of our stress points as an event. Trying to essentially have a large concert in the middle of a street fair has its own particular challenges. I think that shift – I’m so excited about that. I’m also just so excited to see what those communities bring to those stages.