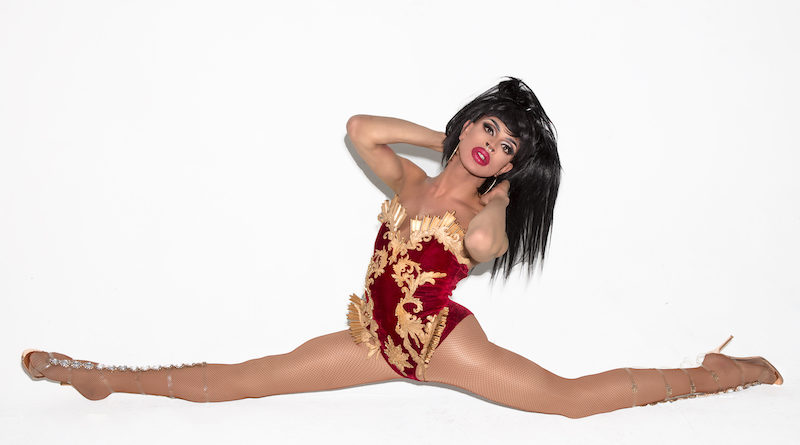 This quarantine just took an odd turn! Your season eleven queen Yvie Oddly is headlining the highly anticipated third edition of the Werq The World Live Streams. Hosted by trans activist Candis Cayne, Werq The World: Pride Castle will feature performances from Yvie and other Drag Race favorites like Heidi N Closet, Raja, Naomi Smalls, Kim Chi, and Plastique. Plus there’s even an over-the-top spectacular finale featuring all of the performers! We caught up with Yvie from her Colorado home in anticipation of the big streaming event.

Catch our interview below and be sure to tune into Werq The World: Pride Castle on June 27th at 8PM EDT at VossEvents.com! What do you have in store for Pride Castle?

I wanted to use Pride Castle to do two things. First and foremost, I’ll be paying homage to the struggles and the journey of QPoC’s in our fight for freedom and equality. But I am a drag queen so of course I bring some fashion, flash, and fun for all the kidses.

Is it exciting to be back on stage?

It is so thrilling to hit the stage again. I miss the camaraderie of hanging out backstage and exchange of energy when you’re performing for people rather than a camera. So I look forward to feeling that again, How would you describe your time in quarantine?

My time in quarantine has actually been really busy. It’s given me the opportunity to craft a lot more of my visions from scratch and explore different aspects of drag, all while giving my body some long-overdue rest.

What are your thoughts on the BLM movement? What is your Pride message to fans this season?

It’s time for our community to truly become as colorfully diverse as the rainbow flag we’ve preached acceptance and inclusivity under for decades. There should be no more kids who visit their first queer space (whether through media, online, or in person) only to be made to feel like they don’t belong because of their skin, shape, color, economic standing, sex or gender expression.

Let’s set the example we represent to the rest of the world and lead in uplifting/empowering our QPoC’s, specifically within the trans community since our entire movement was built off of their backs.

Net proceeds from ‘Werq the World: Pride Castle’ ticket sales and 100% of viewer tips and donations will be donated to the National Black Justice Coalition, an organization dedicated to empowering the black LGBT+ community.

‘Werq the World: Pride Castle’ streams live June 27 at 8PM EDT. Pre-sale tickets are $9.99 for a limited time at VossEvents.com. The show will be available for replay for 48 hours after the live event.