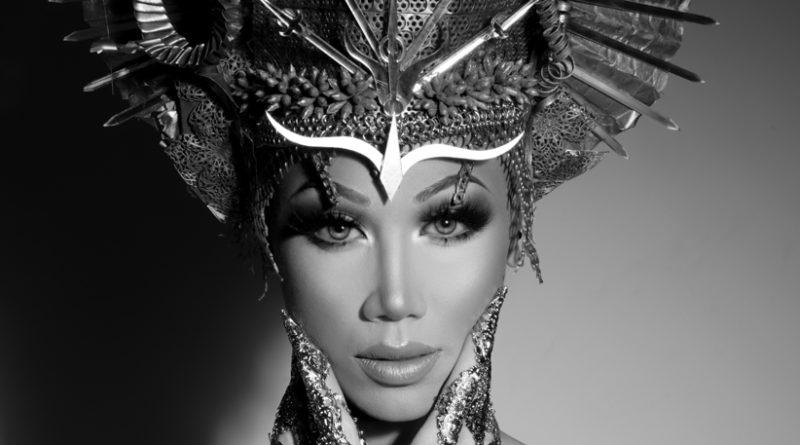 Your social media queen is coming to the Bay Area to eat some food, film a few TikToks and deliver a killer show!

Plastique Tiara made a splash on RuPaul’s Drag Race season 11 as the Instagram-ready queen with a never-ending supply of memorable looks. Now with over a million Instagram followers, a dedicated Drag Race fan base, and a few worldwide tours under her belt, you can’t deny that Tiara is one of the most successful queens to come out of the show.

Since her season, Tiara has released her debut single Irresistible and a music video with enough looks to keep you fed for a year. She just completed the first leg of her Pretty Weird tour with season 11 winner Yvie Oddly. Now she is preparing to go on tour with a sickening lineup of queens for the newest segment of the Werq the World tour.

For the Werq the World tour, Tiara will be joining an all-star cast including Asia O’Hara, Detox, Kameron Michaels, Naomi Smalls, Violet Chachki and Oddly for the San Francisco stop on Saturday, September 21.

I recently chatted with Tiara on the phone right before she hit the road with the other queens. We talked about her Elsa-inspired Werq the World performance, clapping back at trolls, and what queen she’s most excited to hang out with on tour.

It’s been a couple months since your season ended. Looking back at everything, how did your Drag Race experience line up with your initial expectations?

Honestly I must say, it’s very cliché, but it’s a lot harder in real life. Being a competitor, it’s very different from being a viewer. As a viewer, it’s like five minutes on the screen equates to five hours in real time. It’s a lot harder, but I think it really paid off.

Was there anything that happened during your season that didn’t make it to air that you wanted the fans to see?

Everything was pretty clear, but I’m just going to add – Nina’s pads. I made Nina’s pads for her so that she could correct her body. That was me. (Laughs) I just wanted to add that, but I think that’s pretty much it.

Post Drag Race, you released your first music video and song. Should be expecting you to black out your Instagram and drop new music anytime soon?

Ummm… I think you’ll just have to see. You’ll have to watch out. I don’t know, maybe I’ll have another mental breakdown and black out everything again. Who knows?

If the mental breakdown ends with another song from you, it wouldn’t be the worst thing in the world though.

Aww, thank you. I know some who might disagree. (Laughs)

So you just wrapped up your tour with Yvie Oddly. How was it going on the road with her?

Oh my god. She’s a joy to work with. She’s such a hard worker. So humble. An all-around amazing person. You can tell when she’s hurting and she just gives it her all every single time on stage. I think she’s incredible. She’s become one of my very, very good friends.

I saw you stuck up for her on social media after some trolls were commenting about her photo controversy. As someone who typically stays out of drama, what made you want to reply?

I was just fed up with it, you know? I think she is so much more than the fans are making out for her to be – which is just somebody who just doesn’t take photos. She has this condition and they have no idea how hard it is on her body. We do a show every single day and she performs four numbers – splits, death drops, back bands, whatever you want her to do. And she has people who come up in meet and greets and they have the same condition and they are in wheelchairs and they are praising her for being so strong. She is here doing a show for them and some of the able-bodied people have no idea what it’s like to have a condition. And for them to just be like, “Oh, the fans are what got her to this point!” No, she got herself to this point. You have no idea what she’s going through. So I’m just fed up with it.

You’re about to go back out on the road with Yvie and a bunch of the other queens for the Werq the World. Werq the World is by far the biggest drag touring show with huge production values. Do you have any idea what you’re gonna do? Can you give us a little tease for what you’ll be doing in the big show?

Oh my gosh. I don’t know if I can… I think I can say, this is the highest production I’ve ever been a part of and I’ve been through Drag Race! It’s going to be mayhem. The lineup itself is just incredible already, so you’ll just have to see. It’s going to be crazy. And everyone brings something different to the table, so I think the show this year is gonna top every other show that they’ve done.

So you can’t give anything away, but if you could describe your set or one of your numbers is just one word, what would it be?

Elsa… but Asian! That’s my theme with everything!

So like you said, there’s a huge lineup of girls. Huge names. You have Asia, Naomi, Kim Chi, Violet, Detox, Kameron and Yvie. Everyone is on this tour. So besides Yvie, is there anyone that you’re really excited to spend time with on the tour?

I’m really excited to spend time with Kim Chi, because she knows all the good restaurants and I am the biggest foodie at heart. So I can’t wait for her to take me to all the buffets and for me to raid all the buffets and have her take all the ugly pictures of me.

I’ve interviewed a lot of Drag Race girls and one thing I’m always shocked by and one thing I don’t think a lot of people realize is that you’re literally always working on tour. Like if you’re not on stage, you’re creating social content or you’re communicating with designers around the country for new outfits and wigs. As someone known for their social media presence and their looks, what’s it like creating new content when you’re away from home for such long periods of time?

I mean, like you said, I’m working every minute of every day. If I’m not trying to put on my makeup, or doing something for TikTok, or I’m creating an Instagram post, or I’m filming something for YouTube, or I’m on the stage, I just… I don’t know. My life is just consumed. (Laughs) Our lives are just always about last minute things. They’ll be like, “You have a shoot two days from now. Can you create a whole new look for the shoot?” Every day is something new. I like it. It keeps me on my toes.

You mentioned TikTok. I was just about to say that out of all the Drag Race girls, you’re the reigning TikTok queen.

I’m really hoping to get some good TikToks with you and the other girls on the Werq the World tour.

It’s going to be crazy. So good. That’s the thing I look forward to the most, not gonna lie.

I know that you and the entire Haus of Edwards are probably the most booked drag family out there, but do you ever think we’ll see an official Haus of Edwards drag tour with you, Alyssa and your sisters?

Oh my god, that would be a great idea! You just gave me a whole new idea to bring to my manager… Oh girl! Sold out everywhere. Could you imagine? I would love to do that. I’m going to pitch it to Voss.

Tickets and more info at VossEvents.com!