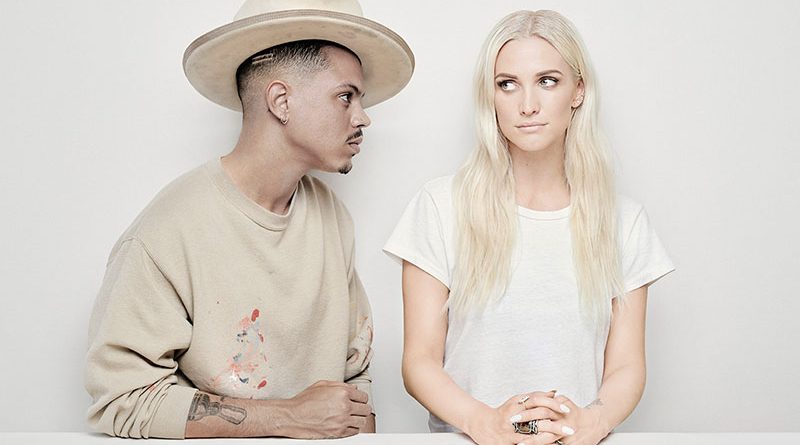 Wrapping up their 6 episode first season docuseries of Ashlee+Evan on E! in October 2018, Ashlee Simpson and husband Evan Ross ( youngest child of Supreme singing diva Diana Ross) also released their first set of songs that same month on an EP aptly titled ASHLEE + EVAN. Their docuseries was a chronicle of their home life with their two children, and the making of new music together with the final episode showing the celebrity couple performing together, marking it Ashlee’s first live performance in 10 years. But from the positive reviews and success of couple’s mini ASHLEE + EVAN TOUR completing 8 coast to coast city stops during the first half of January 2019, it definitely seems Ashlee Simpson is making a return to music with husband Evan in a way that won’t conflict with her comfy family life.

The 6 tracks on the ASHLEE + EVAN EP range from intimate, soft songs like “Home” and “I Do,” to sultry club songs like “Paris” and “Safe Zone.” The later 3 tunes plus “I Want You”, and one of my personal faves, “Tonic” were a part of duos set during their tour stop in San Francisco January 17 at Slim’s nightclub. With their longtime friend and musical director Austin Brown ( nephew of Janet and Michael Jackson) opening the show, the duo vibed very well on stage together opening with “Paris” and “Safe Zone”. But, the couple also offered a look into their performance styles as soloist with Ashlee performing some of her past Pop hits like “Boyfriend”, “LaLa” and “L.O.V.E”, and Evan displaying his smooth R&B vocal style in a medley of the Beatle’s “Come Together” and Gnarls Barkley’s “Crazy” , in addition Evan reminded or introduced the crowd to his 2015 single release “How To Live Alone”. A cute part of the show was when Ashlee and Evan start a musical segment with a snippet of Diana Ross’, whom Ashlee affectionately calls Momma D, 70s hit “Love Hangover”.

Though the ASHLEE + EVAN TOUR was quick, sweet and performed in intimate venues across the country, I am sure there will be more opportunity to see the pair in the near future if the introduction of their yet to be released “Phases” song performed during the tour is an indication of new music on the horizon from the duo.