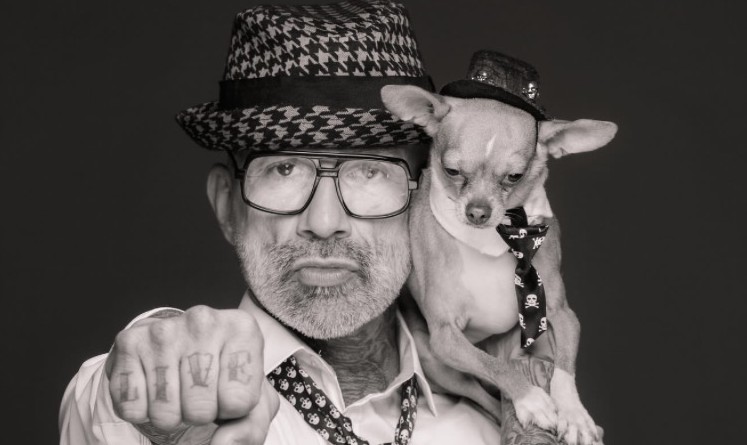 Henry Joel Martinez grew up in Southern California and was one of the youngest of 17 siblings. Henry’s mother died of cancer when he was 2 years old. One of his sisters ended up taking him in so that he didn’t have to stay with his father, who had become abusive. Henry’s father died of heart and liver disease when he was 56 years old. Henry endured many personal losses over the years – 2 siblings and 3 close friends—all of which were devastating for him. Perhaps the most profound loss was the death of his brother Donnie. They were both HIV+ gay men who lived in Fort Lauderdale for over 10 years, and had similar substance use histories – using crystal meth to cope with grief and sadness.

Henry was never shy about his sexual identity, and had his fair share of male companions in many cities. Henry was exposed to HPV through casual sex when he was 19 years old while living in San Francisco.  HPV (Human papillomavirus) is the most common sexually transmitted infection – so common that nearly all sexually active men and women are exposed to it at some point in their lives. For Henry, the HPV eventually progressed to a small malignancy that was discovered and removed in 2001. While living in Fort Lauderdale he had another procedure to remove cancerous cells in 2007, and in July 2010 he had two more aggressive procedures in the same month to remove larger malignancies. Henry changed his diet in August 2010 (less sugar, more whole grains, more fresh vegetables, ginger tea & hemp protein shakes), continued to exercise & remain active, but still continued his drug use. In April 2011, Henry received his biopsy results showing invasive cancerous cells in the same area. His doctors recommended a “radical surgery” to remove the cancerous cells, which would also require a skin graft to cover some of the removed area.

Henry had surgery in June 2011 and was hospitalized for 5 days. The colon and rectal surgeon excised a significant portion of his anus & rectum and a plastic surgeon removed skin from the back of his thigh to graft part of the anal area. Henry was on a liquid diet (mostly broth, jello & ginger-ale) and a morphine drip while he was in the hospital. When Henry was discharged from the hospital, they provided no dietary recommendations and arranged for a nurse to come the next day just to change his dressing in the mornings. Long-time friends from San Francisco flew to Florida to help Henry with his transition home from the hospital. The nurse showed his friends how to change his dressing and keep his wound clean, which needed to happen at least7 times a day for the first 2 weeks after he came home. The surgery left Henry with a gaping wound approximately 4-5 inches long, 1-2 inches wide on each internal butt cheek, and several inches deep.

Henry had visits with the colon and rectal surgeon as well as his oncologist within the first week of coming home. The colon and rectal surgeon examined him and remarked that about 30% of the skin graft remained intact after surgery—and the doctor was apparently satisfied with this outcome.  Henry’s oncologist recommended chemotherapy & radiation as s

oon as his wound healed a bit more. By the end of June, Henry’s sister came to visit him from the Bay Area and begged him to come home, at least for his treatment (reminding him of the circumstance of his brother’s death and the treatment he received in Florida).  Henry was stubborn, but finally agreed to go to the Bay Area and stay with his sister while undergoing chemotherapy & radiation.

Henry’s doctors in Florida decided to put a port in his chest 2 weeks before he left for California. So, he was healing, taking care of dogs and packing with a hole in his chest. When he arrived in the Bay Area, his sister coordinated medical appointments for him so that he could see cancer specialists to begin treatment. His doctor at UCSF conducted an initial procedure to widen the margins & laser the affected areas, as the previous surgery in Florida was insufficient and left him vulnerable for serious infection and the possibility of needing a colostomy.  This was the same fate his brother Donnie endured at the hands of the same doctor’s in Florida.  Henry’s doctor’s at UCSF were diligent in their efforts to save Henry from this same fate and were able to heal the site of infection enough so that Henry could eventually undergo chemotherapy and radiation in 2012.   As the cancer continued to return, the doctor’s were determined to eradicate the cancer to save Henry’s life.

Today, Henry is currently in remission.  His doctor’s at UCSF and Alta Bates continue to monitor his condition every few months.   Henry uses painting as an outlet for healing and expression; he freely shares his story with others, in hopes that it will raise awareness about HPV and cancer prevention.  Always remembering his brother, wondering if had he heeded the same advice from his sister, he would be with us now “living 4 life…”

Henry now spends his time developing art and informing the South Florida community about the dangers of HPD and how to seek the best treatment. After recieving poor treatment from medical facilities in South Florida, he was given an informal procedure that has damaged and altered the way he lives his life.
Henry has done numerous things to dedicate his attention and care towards the HPV and HIV community. His latest project is to create a t-shirt and poster brand out of his artwork, and donate the revenue to HPV and HIV projects.  If you would like to donate to his cause, visit Henry’s GoFundMe page to learn how you can get involved.

Henry’s goal of $5,000 will be used to establish his brand so that it can flourish into a full fledge non-profit that contributes the proceeds to research and funding for HPV and HIV Patients.  Here’s a look at some of Henry’s Live4Life artwork: