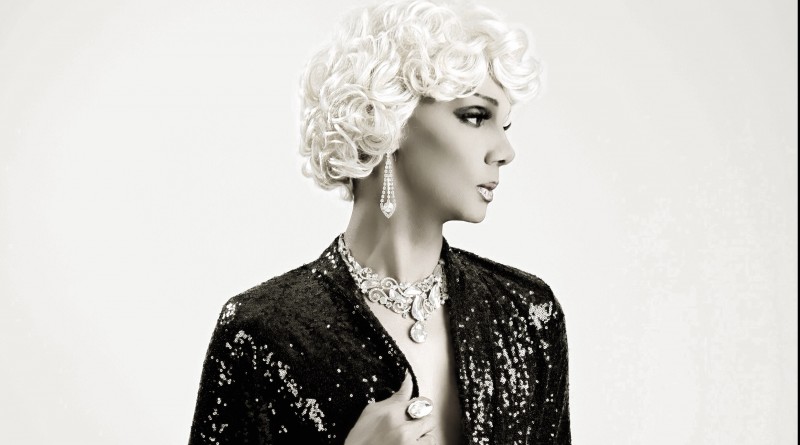 I always look forward to seeing BeBe Sweetbriar. We have been friends for years. I don’t mean Facebook friends or “we run in the same circles” friends. We are deep. Like “I’m in the hospital and I’m calling five people and you are one of them” deep. This has actually happened for both of us, most recently after BeBe suffered a heart attack two months ago. So seeing her now, looking better than ever, and having just released a new hit song makes it even more of a joy. Her single “Dontcha” has landed on the Official USA Dance Radio Top 40 Chart and is getting global exposure thanks to services like Amazon, Spotify, iTunes, and international outlets KKBOX (Taiwan) and Yandex Music (Russia) to name a few. It doesn’t matter that we are in a booth at Orphan Andys. We could be at the Top of the Mark; it would not make a difference because when we get going the rest of the world fades away, the way it does when you sit down with your best friend and go deep.

[R] Well you better start girl, cause it’s a hit!

[B] I knew it would catch on but I didn’t expect it get so much attention all over the world. It’s distributed by Orchard, the 2nd largest global music distributor after (parent company) Sony so they are seeing it EVERYWHERE. We have Sobel Promotions sending it to DJs who have to fill out a rate sheet if they want to play it on the radio or in the clubs. Every day I’m getting all of these requests from DJs in Spain, Australia, Japan, Italy, it’s crazy.

[R] You’ve released songs before. Why is this one hitting so hard?

[B] This is the first time I’ve released a song with an actual label backing me and pushing it the way it should be. I’m signed with Leo Frappier’s Hit Save Music label.

[R] How did you get teamed up with Leo Frappier?

[B] I knew I wanted to do a cover because people gravitate to a familiar song. I want people to go “I know that song, but who is that singing?”  So when I decided to actually do this Leo came to mind. I’ve known him a long time. He’s worked with a lot of local talent like Gypsy Love, Caroline Lund, Xavier Toscano and he’s also worked with Mary J. Blige, Carly Rae Jepsen, Icono Pop. I decided to approach him and pitch it – and said yes, let’s do it.

[B] I did love it, it was in my key and I could sing it. I always heard it differently though. In my head I heard parts of the song that weren’t in the recording. I would add my own riffs…

[R] Which you do in your cover, you totally embellish it and make it your own. But I have to say, Dontcha feels like a real departure for you. I always think of you singing Nina Simone or something from The Wiz…this song is really different, it’s so sexy.

[B] It is different. Even when I’ve sang dance songs in the past they’ve always had a positive message like “stand up for yourself” directed toward other people. Dontcha relates to me and speaks to the fact that drag queens and trans women are admired by so many men out there in a sexual way but when it comes to being in a relationship, they don’t want that. The lyrics say that “dontcha wish your girlfriend was hot like me” – but you don’t want me for your girlfriend.

[R] I believe the lyric is “dontcha wish your girlfriend was a freak like me” … so I have to ask: are you a freak?

[B] (laughs) Well you know the saying goes that you want a ‘lady on the streets and a freak in the sheets’ so yea… I can get a little freaky. Let’s put it this way, I think I teach more than I learn when I’m in bed.

[R] Really? Is that cause you’re always with younger guys?

[B] Um, probably. But I believe it’s because I can honestly say that I’ve been with both genders so I think I bring something a little different than guys who have only been with other men.

[R] You’re embracing and owning your sexuality, which is great. I think a lot of people only think of you as the fundraiser and poised community icon – It’s great to see that you’re also real and you’re sexy.

[B] You know Roma, right now I’m just trying to keep myself grounded and focused. I’m very grateful and I’m proud of myself because for a long time I’ve been my own worst enemy, putting roadblocks in front of myself. I’m too old, I’m too this, I’m too that – or I’m not this, I’m not that, and this time I just said fuck it. Honestly I think one of the things that really made me realize I made the right decision was my heart attack because that showed me that time is not promised to anybody. Every time I go see my doctors they tell me that with everything that happened to me that day I should not even be here. You know people think you’re a certain age and you should be a certain thing, act a certain way, wear certain clothing…  I always remember Toni Braxton, who is a Baptist preacher’s daughter, and how she used to wear the most provocative clothing and she just said “Honey, if you got it, show it, cause it ain’t always gonna be like this.”  So you know what, I’m going to act and wear and do how I FEEL. I don’t feel like wearing button up shirts and long pants to the ankle. Maybe I feel like wearing shorts and showing off my legs…

[R] So… has the song gotten you laid?

[B] (laughs) Honey if I need a song to get me laid than I got a real big problem. What’s gonna happen is when I’m on tour performing it is gonna be the thing.

[R] So you’re gonna have all these groupies on your world tour, “Miss Sweetbriar there’s a young man outside who would love to meet you.” with a big bouquet of flowers…

[B] Well does he have a big dick? That’s what I wanna know. Fuck the flowers. (laughs)

[R] OMG when you get super-famous I will go on tour with you and that will be my job. I’ll be your dick-checker.

[B] YES! You can check out the trade. My Trade-checker.

I’m holding her to it.

Stay tuned for the Dontcha remixes from Leo Frappier, Matt Consola, Division 4, Tweaka Turner, Paul Goodyear and Phillip Grasso available soon. If you’d like to book BeBe for an event or see her on stage at your city’s Pride celebration, contact the diva directly at BeBe@bebesweetbriar.com.