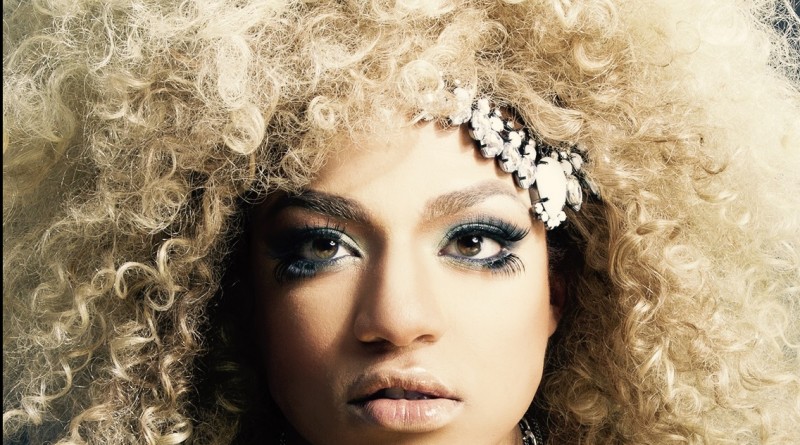 Director of the award-winning documentary film What’s The T which focused on transgender issues, Cecilio Asuncion has taken his quest to break down barriers that have prevented trans models from rising to the top of fashion industry by starting the world’s very first exclusively transgender modeling agency Slay Model Management in Los Angeles. “We believe one’s gender identity should not be a hindrance to one’s fashion dreams,” says founder Asuncion. “It’s time the world recognizes the amazing talent the trans community has to offer.” Asuncion applauds trans models like Lauren Foster, Caroline Cossey and Tracey Africa for their pioneering roles in paving the way for trans models in the fashion industry, but points out that they often had to keep hidden who they really were in order to get modeling opportunities. Slay on the other hand encourages their models to wear their gender as a badge of honor which can be a unique asset in the crowded fashion field. Though there have been huge progress and breakthroughs in 2015 in the trans community with Laverne Cox of Orange Is The New Black on the cover of Time Magazine, Caitlyn Jenner’s transition chronicled on a reality show, San Francisco’s Asia SF’s groundbreaking reality show about its trans entertainers, and Raffi Freedman-Gurspan becoming the first transgender appointee to the White House, Asuncion makes the bold distinction between progress and acceptance. He will believe real change has been made the day a trans model appears in ad for a major retailer, “that is the day my work is done.”

BeBe:  Did your interest in the trans community’s movement toward equality come from your direction of the trans documentary film What’s the T?

Cecilio Asuncion:  Yes, in that process I got to meet a lot of trans women and men, and I learned a lot. All of that really opened my eyes that as gay men, we really need to reach out and help every individual and group under the LGBT umbrella. We shouldn’t just stick with our own kind. That’s stupid. Trans people have helped gays acquire all the liberties they now enjoy; why can’t we return the favor? I’d like to think that I am truly connected to the trans community through my work with the film and not just trying to capitalize on a situation.

BeBe:  Before there was a Slay Model Management, we all know there were trans models working with some of them openly identifying as trans. But many trans women and men still think they have to hide behind the assumption they are cisgender (identify as the gender they were assigned at birth) models

Cecilio Asuncion:  There are differences that still need to be embraced in the fashion world like why is there still not an Asian supermodel among the ranks? At the end of the day, when I think of the models we have at Slay it’s simply this, if someone can do the job, the let them do the job.

BeBe:  Is there discrimination when you send your models from Slay out to auditions?

Cecilio Asuncion:  I think what we offer or bring to the table is that if my agency is already talking to a potential client, they already know what they are getting. They know all our models are trans. It is really all about my girls being able to do the job. Their gender identity is really a none issue.

BeBe:  How does Slay prepare its models to work with other models who may have some animosity or fear toward working with trans models?

Cecilio Asuncion:  BeBe, these models are mostly 16, 17 and 18 years old, and they are of a generation that views gender identity and sexuality differently than the generations before them. If anything they are like, ”girl,what do you do for such fabulous skin?” I see nothing but admiration.

BeBe:  You speak fondly of the agencies trans women. Do you have any trans men currently signed with Slay?

Cecilio Asuncion:  I’m in the process of signing a couple of trans men to the agency.

BeBe:  Slay Model Management currently operates out of Los Angeles. Do you have plans to expand into other markets nationally and internationally?

For more information on Slay Model Management and how to apply to become an agency model, go to www.slaymodels.com. Social Media: FB: slaymodels IG:slaymodelsla