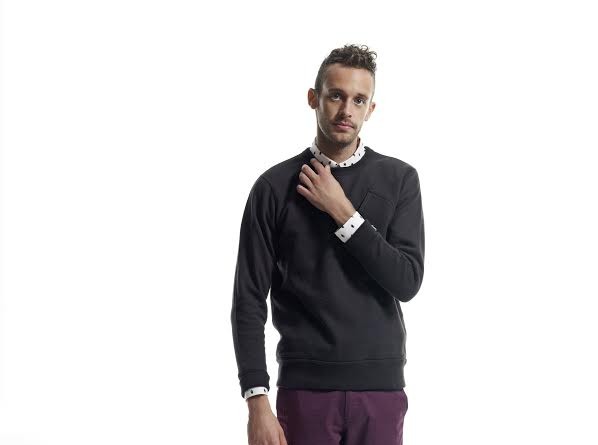 The Huffington Post calls him an Artist to Watch, and other music critics say he is one of the fresh new voices Pop music needs. Wrabel (rhymes with Abel and a silent “W”) garnered attention right from the start. In 2013 his track on iTunes was downloaded more than half a million times drawing comparisons to Sam Smith and Sia along the way. But, it was later that year when Wrabel teamed up with Afro Jack for the international hit Ten Feet Tall which made its U.S. premiere in the Bud Light commercial that aired during the 2014 Super Bowl XLVIII – viewed by 100 million people. Wrabel is in big demand by top music producers because of his songwriting skills having written songs for Ellie Goulding, Adam Lambert, Pentatonix, Prince Royce and more. After a successful opening for his good friend Kesha at this year’s Pride in Los Angeles, Wrabel brings his music to the audiences at Palm Springs Pride on November 7th.

BeBe: There has been a lot of comparisons made by the music media between you and Sam Smith vocally, and you and Sia’s songwriting styles. How do you like hearing of these comparisons?

Wrabel: I think it is always weird to hear comparisons, or even to be asked to compare myself to others. But, Sia and Sam Smith… I’m such a huge fan of both and will take that all day if you want to give it to me. But sometimes, I just want to be myself, unique like a snowflake.

BeBe: You’ve been performing lots lately including the Pride Festival in Los Angeles this past summer in front of over 40,000 people. I’ve always thought your music better fit in a more intimate setting. Is there a transition you have to make your style of music fit in a huge venue?

Wrabel: I am used to playing a lot of acoustic-type settings. With Pride L.A., I put together a little band on stage. That was a bit of a change for me. An example of my adjustment is while playing with Afro Jack on tour in New York for VH1 Fashion Rock, we sold out the Barclay Center and it was broadcast live. Then the next night, I played before 35 people and thought “now this is my zone.” That’s a sort of (strange) contrast. I try to adapt the best I can and maintain my truth.

BeBe: Speaking of truth, as a songwriter you write from a place of your own personal truth and experiences. How does that work when you are writing songs for other people, such as, when you wrote for dam Lambert?

Wrabel: With Adam Lambert, I was in the studio with him writing. I shared my ideas and asked if it fit with him. I wanted to steer the song toward whatever he wanted to say because it is not about me. On the other hand, I’ve had a few songs that I wrote for myself that were done by other artists, so it can be different every time.

BeBe: The 3 songs I am most familiar with of yours have you talking about a relationship that takes to heights never before imagined (Ten Feet Tall), a relationship where you’re obsessed with someone who treats you like shit (I Want You), and a relationship that is neither up nor down, but rather somewhere else (Sideways). If these are from a place of truth, my lawrd! The struggle has been real for you.

Wrabel: I guess (laughs)! I think I’ve been all over the place all in one (relationship). But again, I like pulling from truth, if not, what am I doing writing?

BeBe: Your current single I Want You has some rather explicit language that doesn’t really fit radio formats, but if you took that out, it would greatly change the song. Is that why you are giving it way as a free download on your website?

Wrabel: Yes, it’s not even up on Facebook anymore, sadly. My grandmother listened to it from my page and said (with some dismay), “now, Stephen!”