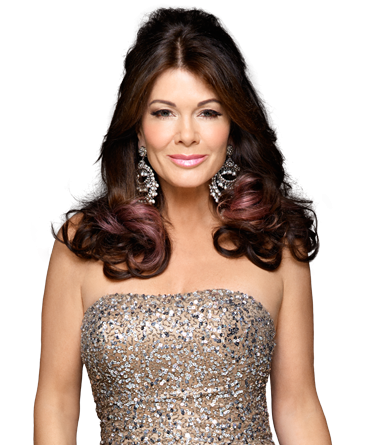 Philanthropist, Businesswoman, and TV personality Lisa Vanderpump has indeed become the anchor of the hit Bravo TV series, “The Real Housewives of Beverly Hills.” Her unique mix of sparkling glamour, down-to-earth style and British whit has appealed to millions of fans across the globe. On the show, viewers can see her hosting dinner parties and running her popular Beverly Hills restaurant, Villa Blanca, with what can best be termed “easy elegance.” Fans can also catch Lisa on her spinoff show, that she co-executive produces “Vanderpump Rules”, which centers around her West Hollywood eateries SUR & PUMP; her latest culinary endeavor on the corner of Santa Monica Blvd and Robertson, in the heart of WeHo.

She has started her started her own tabletop collection “Vanderpump Beverly Hills Collection,” created her Vanderpump Estate Jewelry Collection, a pet accessories line at VanderpumpPets.com and has her signature LVP Vodka and LVP Sangria in fine establishments nationwide.

Lisa loved acting as a child and was a full-time drama student by the age of nine starring in numerous films and television shows. She made her film debut in the 1973 dramedy, “A Touch of Class”, playing the daughter of Glenda Jackson. She also appeared on the television series “Silk Stalkings” and as Margo Curtis on the hit series “Baywatch Nights”. Lisa was featured prominently in ’80s music videos “Poison Arrow” by the band ABC and was a hit in the video “(What) In The Name of Love” by the duo Naked Eyes. She was also featured in the Lady Gaga music video for “G.U.Y.” in March 2014.

Lisa was living in London, the English Countryside and the South of France, when she came back to Beverly Hills 10 years ago. Since returning to the United Sates, Lisa has been working in many different arenas. As mentioned she has opened three very successful restaurants; designing all of their combined 27 restaurants, bars and clubs located in London and SoCal and has thoroughly enjoyed doing so. One of Lisa’s motto’s in life is find something that you love to do and then you won’t have to work a day in your life.

Lisa and husband Ken have been steadfast advocates for the LGBT community going back to the last century with the opening of their prestigious Shadow Lounge, the first gay cocktail lounge situated in the heart of the SoHo district back in 2001. Since its opening it has become one of London’s most popular gay venues.

Lisa is also a spokesperson for GLAAD. She has worked with the Desert AIDS Project, and was named “Queen of the White Party Palm Springs” receiving an ICON Award from its producer, Jeffrey Sanker. She also plays an active part in the Trevor Project and has worked with the LA Gay & Lesbian Center concerning homeless LGBT youth, has conducted fundraisers for Susan G. Komen in honor of October being Breast Cancer Awareness month and recently led this year’s 31st annual AIDS Walk Los Angeles, cutting the starting ribbon for over 25,000 walkers. In addition in 2015 she was named Monarch of the Krewe of Orpheues Mardi Gras celebration; she has addressed the United Nations Concert for the EBOLA effort; and was recognized by the State of California Assembly as “Woman of the Year.” Most recently, EQUALITY CALIFORNIA honored her with their “Straight Ally” Award.

Lisa and Ken have been married for 32 years and have two children. Lisa has a great passion for life and she has tried to instill that in her children; Pandora 28 and Max 22. As Lisa said, “I’ve really adored being a mother, my children have grown so I’ve filled my nest with 8 four legged furry friends. They are the loves of my life.

In the scandalous and scintillating fourth season of Vanderpump Rules, Lisa Vanderpump and her sexy current and former SUR staffers find that as everyone grows up, their triumphs, failures, makeups and breakups have only gotten bigger – and badder.

This season, Lisa is joined once again by Jax Taylor, Scheana Shay, Tom Sandoval, Ariana Madix, Katie Maloney, Tom Schwartz and Kristen Doute, along with James Kennedy. On a mission to keep SUR one of the hottest restaurants in Los Angeles, Lisa is faced with the ongoing challenge of controlling her disorderly bartenders, servers, hostesses and bussers. Jax is trying – and failing – to overcome his impulsive nature and stay on his best behavior for his new girlfriend(s), while Kristen’s troubles with boyfriend James land her in uncharted relationship waters. Meanwhile, as Tom Sandoval and Ariana’s relationship grows deeper, some of their closest friendships shatter. For Katie and Tom Schwartz, a big step forward in their relationship involves a ring without a string, but first they must deal with the lingering issues between them. Newly married, Scheana quickly begins to fear her marriage may be on the rocks when she learns her husband has been keeping secrets. To top it off, the group’s world is turned upside down when a major player from their past re-emerges to settle unresolved scores.

See the full cast of VANDERPUMP RULES below:

The newest dining experience by Vanderpump, continues to thrive with its sensational Sunday Brunch. The menu, curated by Food Network Star Chef Penny Davidi features Contemporary Mediterranean style cuisine that keeps with the French inspired garden feeling of the restaurant.

Chef Penny Davidi has designed a sumptuous menu that features only the finest and freshest ingredients. Guests will find offerings that are high in protein and sexy in presentation. “It is comfort food with a healthy twist to keep you pumped up…” Says Chef Davidi.

Some menu items include The Pinky Pump Burger and a delicious Pound Cake with Greek Yogurt and Fresh Fruit. Refreshing brunch drinks like the LVP Sangria, Mimosa and Mojito are offered by the pitcher or by the glass.

PUMP serves brunch every Sunday from 12pm to 5pm. For reservations and more information visit pumprestaurant.com |