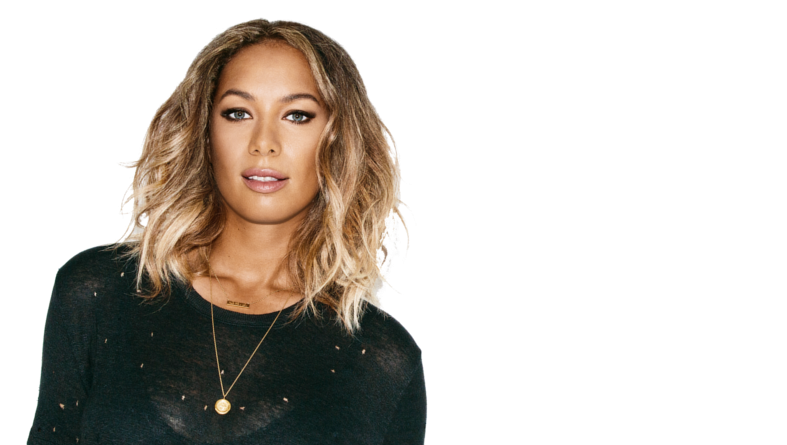 Celebrity Feature
September 19, 2015September 23, 2015 Gloss Magazine
Multi-platinum & multi-awarded British songstress Leona Lewis recently released her fifth studio album I Am, leading us to wonder if she thought we didn’t know who she was. Well maybe we really didn’t. For several years theres been indications that executives at SYCO (Recording Label) may have kept a tight leash on their trophy songbird. In fact Leona credits her 7 year tenure with the label as the catalyst to her songwriting for I Am. The new album features songs with themes of navigating life’s highs & lows, and picking yourself up after you have fallen, a situation that adequately describes Leona’s decision to leave SYCO. Leona picked herself up and is back with the Thunder she sings about in her current single (now with Def Jam records). Leona also started the #IAMEMPOWERED campaign which invites fans to share personal stories to inspire empowerment in others, something she hopes I Am does for those who listen to it.
BeBe Sweetbriar: Congratulations on your new album release. I am sure you are as excited as all your fans. Last year saw the end of your relationship with SYCO (Simon Cowell’s record label). I AM marks your first release with Def Jam Records. Was the straw that broke the camel’s back, as they say, SYCO’s desire to have what is now the I AM album to initially be a covers release?
LL: I feel like a lot of my fans in the States have been waiting to hear from me. So now I have something I can finally give to them. (SYCO) had a difference of opinion as to what they wanted to do next with me than I did… I wanted to explore more of my songwriting… It was very hard because I loved being at (SYCO), and I loved who I was working with. But, there were a few things that happened (that) I just couldn’t ignore anymore. It was time to go. It was quite a bit of a transition because I was leaving to go into the unknown
Your relationship with SYCO began right after your X-Factor UK win in 2007. You’ve now grown up as an artist and moved on. Not unlike a child and parent relationship – at some point we all must leave the roost. I AM tells a story of empowerment and living life as you see fit. Did this concept come from your experience with SYCO?
LL: It definitely felt like leaving home or leaving the nest for sure… (To leave the label) was a very empowering decision because there were a lot of people around me, helping me and showing me the way. I definitely value that. But leaving… and making I AM, I did on my own… It was a very liberating process. It was very scary as well because I didn’t know where I was going to end up. Taking on that responsibility, you also have the responsibility if everything goes wrong. A lot of those types of emotions are in the lyrics of the album… This time around, I’m in much more control of what I do and where I go… I wrote this album to connect with people. I want people to feel uplifted and empowered… if you have a positive outlook, I swear, you can get yourself out of any negative situation. Hopefully that’s the message that resonates with people (listening to this album).
You’ve always been good at reaching out to your fans, LGBT or otherwise (recently appearing at SF Castro’s The Cafe), most recently, you’ve been very transparent about the things that have been going on over the past couple of years in your life and during the making of this album. Along with the album came #IAMEMPOWERED. What have been your hopes with this campaign?
LL: … I had all these questions coming at me about when would I be releasing new music and what was going on… I wanted to reach out (and) say, “guys I’m going through a real hard time right now, and I want you to know I still love you guys and could use your support because I’m still figuring things out.” (So) …I (wrote) an open-letter to my fans… (and) immediately got messages and letters back from people. A couple of letters stood out, one from a boy who suffers from anorexia which he was scared to talk about… (another) from a young girl who tragically lost some of her family members which drove her to start helping others… She turned her tragedy into something positive. I literally got chills… I knew I had to do something with them. So for a month, I started #IAMEMPOWERED where I would post on social media all these positive messages and what I was going through and other things that inspired me. It kind of just snowballed into this campaign… It is about sharing stories that might help someone think differently or help someone going through the same thing.
And Stevie Nicks had some encouraging words for you?
LL: …(I) had reached a state of lull… I went to a Fleetwood Mac rehearsal and got to meet Stevie Nicks. She came up to me and started singing one of my songs… grabbed me and hugged me… I was like Heaven is sending me a Stevie Nicks hug… She said I needed to share my music with the world and that I need to keep going. You get signs sometimes in your life, and for me, that was a huge sign.
Leona Lewis, I Am, now available on iTunes or at LeonaLewisMusic.com
Interview By: BeBe Sweetbriar | BebeSweetbriar.com